The Wedding Salad - Dishing out delectables through the lens 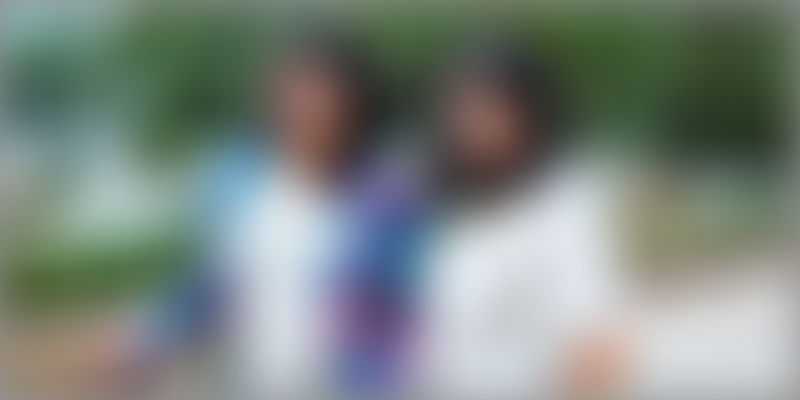 Kanishka and Aayushi love their craft and it shows in their work. “Our focus always remains on showcasing a story – the transformation of two individuals and their families. As visual artists, we are drawn to the honest display of these emotions and strive to seize them for life,” say the Co- founders of The Wedding Salad, a collaborative photo venture with special focus on weddings as the name suggests.

Kanishka Sonthalia and Aayushi Sachdeva graduated in early 2012 from MIT Institute of Design, Pune – with a specialisation in Visual Communication Design, and started working for different design studios. However, in due course they discovered that their true passion lay in photojournalism. A photo project at the end of 2012 helped to reiterate the enormous power and infinite possibilities available to them as photographers. And this led to The Wedding Salad.

“A few years ago, we had stumbled upon some beautiful work done by a few pioneer wedding photojournalists which was extremely insightful and immediately urged us to put our design learning’s into this field,” both say in unison.

Kanishka grew up in a sizeable family with her four siblings and parents.

Even as children my mother always gave us liberty to pursue anything that we deeply felt for. My family has always been a conventional middle order family, so since the beginning it was clear that it was completely upto us how we want to take advantage of this liberty and make something of ourselves.

She completed her primary, secondary and higher secondary education in Mumbai itself.

The under grad school she attended was far from the city, tucked away in a tiny village surrounded by hills and a river. The fondness evident in her voice, she shares, “We were the second batch for the institute so it wasn’t a formal college setup as such. Nobody knew each other and since all the students were staying away from their hometowns, the experience that we’ve shared has definitely moulded each one of us in some way or the other.”

Aayushi was born in Ludhiana to an entrepreneur father, “Most of our dinner table conversations revolved around running a business.” Her father was a gadget geek so since childhood Aayushi had access to the latest electronic items. When her dad got a handycam she used it to randomly record people around her and even made a short film on her school for the annual presentation. “My teachers loved the work and thus began my tryst with photography,” she says with a smile.

In August 2007 she joined MIT Institute of Design at Pune. “College life shaped me up a lot in terms of thinking, visualization and perception.” Shortly after graduation, Aayushi landed in Mumbai and accidentally met Bhavish, the founder of Ola cabs. She joined Ola cabs as a communication designer.

Talking about her time at Ola she reminisces,

When I joined Olacabs, it was a job but when I left it was an organisation. Quitting an organisation and quitting a job is not the same thing. When you find a place and a group of collaborators who bring out the best in you, leaving all that behind to start your own business is a big price to pay.

Bhavish’s mentorship is something that has come in handy to her in her entrepreneurial journey too. She explains, “I remember the day he had explained the concept of ‘power of synergy’, which is, one plus one is sometimes greater than two. At that point in time I couldn’t put it in any proper context so it was a little difficult for me to understand it that well. But now, with The Wedding Salad, every now and then all his teachings and processes make so much sense and have definitely helped us sail through swiftly.”

The duo has a team of eight photographers and editors with whom they work on project basis. Apart from actively covering weddings and handling company activities, Aayushi handles the social media marketing and strategy while Kanishka majorly interact with clients.

To maintain exclusivity they have only two teams; one headed by Aayushi and other by Kanishka.

They claim that the past three years have been learning-driven and they target medium budget weddings.

The market for these weddings is high but the supply of quality work is not substantial. We always look forward to work with people who have realistic expectations and their thinking resonates with our style of work.

As entrepreneurs, “Hiring talent,” says Aayushi, “is a problem we still face. There are times when we come across excellent freelance photographers who unfortunately have a high price point and then there are unskilled newcomers who are attempting to charge mid to high price points for work which isn’t even close to merchantable standard.”

According to Kanishka, “It is extremely important to understand and have a clarity of both the visions; creative and business. At times they tend to collide and there are times where they drift apart, which can get challenging.”

She feels the biggest challenge is that of scaling. “We are adding a few services to our portfolio. Some services that we are looking at providing are fairly new to this market while some are already prevalent. We’ve collaborated exactly with the right set of people for the former whereas for the latter we haven’t come across anyone who is in line with our style and our expectations. Most of the people treat this industry as quick money. But for us, who are here to establish a brand, the language that we have set for ourselves needs to reflect across all the services we provide and not a lot of people are ready or probably in the right space to take that step.”

What keeps Kanishka motivated is that her work is far from mundane. For example she shares her work with us through a picture. “We were put up at a homestay which overlooked this lake, The Upper Lake, Bhopal. When we knew it was open to public we knew we had to get the bride and groom there. The next day was a long and hectic one, the longest wedding we have covered by far and had the most beautiful blend of culture and aesthetics. By the time things got wrapped up it was almost 5 in the evening. Before the sun would set we literally had half an hour in hand for travel, managing the crowd, getting on to the boat and getting this shot! I sincerely believe that it is not important to be physically intimate to show the love and passion two individuals have for each other. As I sat on the other boat composing this shot, they looked just so relaxed and happy that I genuinely couldn’t have asked for it to get any better! By the way, theirs was a love marriage, doesn’t look like it right?” asks a beaming Kanishka.

Before starting the venture, she started shooting for weddings for the love of culture. “Since the time we’ve gotten into this business we always make sure that we shoot at least one culturally rich wedding which actually keeps me inspired and motivated.”

According to her, at weddings, apart from being good at the skill it’s extremely important to have the sense of timing right. Aayushi shares one such photographic experience with us. “As a 5.2 feet girl in the middle of these tall men going insane during the baraat, I had to quickly find a way out to catch some air. In no time the bride’s side of the gang formed a long barricade to block the groom’s entry. At that point in time, while they were blocking my angle, the groom’s side decided to lift the groom and I had to make sure of two things – one, I shouldn’t get squished among these baraati’s and second, I had to manage my point of view from top in order to capture the madness. I chanced upon an extremely weak ledge that could only hold on to something definitely way lighter than me! I took the risk, hopped on to it and captured this.”

Quality, honesty and hard work is something that the duo value. They enjoy the work they are doing and in the near future they plan to collaborate with people not only from the wedding industry but also from different sectors to explore and introduce new avenues.