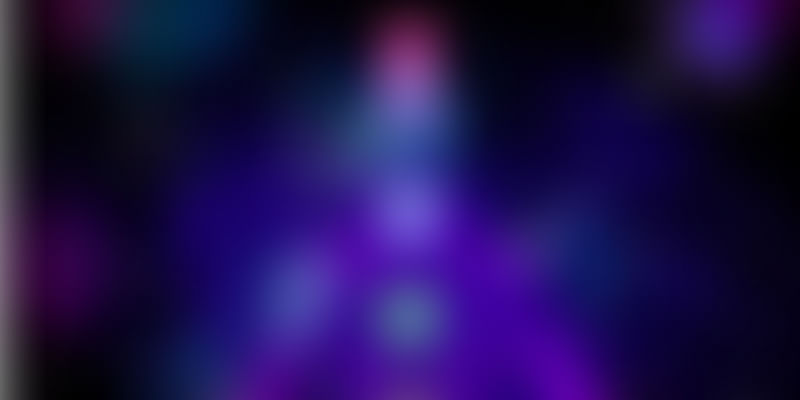 In an era where innovation is fast becoming the most critical business mantra it is often standard practice to look westwards, especially when conversations on the creative process are underway.

From the time the Romans built roads to the tales of the Industrial Age. Be it episodes from the legend of Silicon Valley, or anecdotes courtesy that wonderfully diverse confluence of intelligentsia in early 20th century Paris. From the magic of the Renaissance to the engaging process and product innovations which featured in the space race.

The West has its innovation history and mythology well documented, which makes recall and reintroduction, an easy task.

Now, the Indian civilization has been around far longer than most of the western ones. Yet Indian examples or desi metaphors rarely feature in creativity conversations, which are central to igniting the innovation journey.

Indian intellectual traditions have fearlessly explored many facets of human nature. Our rich heritage has nurtured thinking along truly different paths, if only to lose the plot over the last few centuries.

Indian epics are regularly used as masterpiece references in the study of narrative, the world over. Our accent on learning, so inbuilt in our social structure, has always positioned knowledge as the greatest wealth. India perhaps catalyzed the modern information technology era, when Aryabhatta discovered the zero.

We have all the tools we need. And they are hiding in plain sight.

It just needs a shift in intent whenever we revisit them, a slight tuning and turning around, of the canon of our perspective.

We need to ask ourselves what pointers this age old piece of wisdom uncovers in terms of the creative and innovation process.

Then, quite like the proverbial ‘Darshana’, we too shall have our very own moments of epiphany.

“He, the first origin of this creation, whether he formed it all or did not form it,

Whose eye controls this world in highest heaven, he verily knows it, or perhaps he knows not.”

All good things in the Indian pursuit of knowledge start with the Rig Veda. And it should be no different when seeking inspiration for innovation.

The enigmatic couplet on the act of creation can be interpreted in myriad ways. But one insight which it does kindle is the necessity of being comfortable with uncertainty, something integral to the innovation voyage. For if the ultimate creator himself had no idea of how everything transpired, who are we to feel bad about not having the faintest notion of what lies ahead on an innovative project.

The Upanishads and the art of questioning

The Upanishads, also referred to as The Vedanta, represent a scholarly treatise dwelling on the nature of ultimate reality, and describes the path to personal salvation. Central to this is the discovery of knowledge, about the self and otherwise, through the use of incisive questions. This method also curiously finds some resonance with Socrates and his didactic approach.

Our present day education system has biased us towards answers. But as the story of any great invention will inform, great ideas dawn when the right questions are asked. Edwin Land invented the Polaroid camera because his son innocently asked ‘why can’t I see my picture right now?’ Perhaps the little boy had been really attentive at the local Gurukul.

A Manthan of conflicting ideas

One of the epochal events of Indian mythology is the Samudra Manthan, or the churning of the ocean of milk in search of nectar. The Gods and Demons line up on either side, using Mandara a piece of the legendary mountain Meru, as the churning rod, and Vasuki the cosmic snake as rope, to try and extract the ultimate prize. Interestingly, as they are doing this, several by-products also emerge, including Halahal which is poison. It is only in the end that nectar surfaces.

This is an absolutely wonderful metaphor for the creative process itself.

Often great ideas emerge when two conflicting, strongly polarized points of view are allowed to grapple. This abrasion of two concepts inevitably gets innovative sparks to fly. Sometimes ‘win-win’ solutions emerge. For instance the battle between power and looks on one side, and mileage on the other, when it comes to motorcycles in our country, has now seen several brands which seem to straddle both the extremes.

An intriguing corollary to this tale is that like in the churning of the ocean, even in any creative brainstorming process it is important not to jump at the first few ideas which emerge. As we have seen these could sometimes be toxic.

The fourth avatar of Lord Vishnu is Narasimha. This incarnation is taken to vanquish the Demon King Hiranyakashipu, who has a cluster of ‘impossible to defeat’ boons. He cannot be killed by a man or animal, in the day or night, in the sky or on the ground, inside the house or outside and so on. The story of Narasimha dwells on how the Lord creates something, which circumvents all these restrictions to achieve victory.

And that should give us heart whenever someone tells us ‘the market conditions are against us’. They are, but only for the unimaginative. If one actively looks for loopholes, opportunities can always be found. And that is the attitude everyone connected to the business of innovation must develop, else many challenges have the potential of leaving us stumped.

To conclude, these are but a few lateral explorations of our rich repository of ancient scriptures. There could be several more. A body of work so rich in human insight can only uncover a treasure of ideas for those who are willing to dig deep. The wisdom they contain might be age old, but its application still remains absolutely state of the art. Perhaps it is time Indian innovative adventures journeyed into an epic past, to borrow invaluable inspiration for a dazzling future.