Way2News to tap the vernacular 'short-form' news market, with backing from Way2SMS 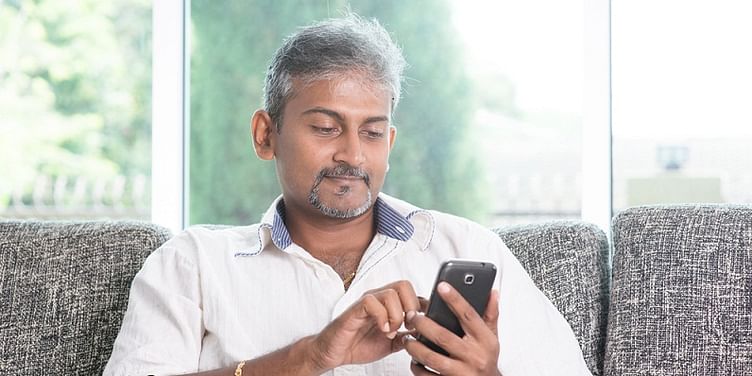 A few decades ago, before internet became mainstream, people had to rely only on radio and newspapers and had limited access to information. Fast forward to the digital era, there is now an information overload. According to a report by excelacom, in an internet minute, 320 new Twitter accounts are created, approximately 5,47,000 tweets are shared, there are 8,433 shares and 1.03 million video loops on Vine.

To cater to people’s needs, there are multiple platforms that help them stay up to date with local and global news. Some publish original content, others curate and distribute it. Another pattern that is emerging is the rise of short-form and vernacular content. Way2News aims to dip its toes in both fields.

Way2News is a mobile app-only product that summarises news from various sources in local Indian languages, in a magazine style format. With smartphones gaining traction in Tier 2 and 3 cities and towns, the team anticipates a huge demand for news consumption in local languages.

The product is an initiative by parent company Way2Online, known for its product Way2SmS. Raju Vanapala, a first-generation entrepreneur, founded Way2SmS in 2006, which recently crossed 40 million users. He hails from a small town– Vijaywada- and belongs to a farmer family.

Raju is also the founder and CEO of LearnSocial, an online education platform, and, in his current capacity, overlooks the operations and is responsible for strategic plan to drive the business ahead. Passionate about ‘India growth story’, his objective is to create a billion dollar company in India in the internet space. Raju says:

India is now the second-largest internet market in the world, and the next crop of users will be more rural, older, gender-equal, mobile and vernacular than their counterparts today. This section likes to see, hear, and debate on news and current affairs, in a manner that is very regional and language specific.

Way2News consists of a team of 30, out of which 19 are editors and the rest provide support through mobile development and managerial roles. The team initially thought of automating news summaries through various algorithms but then decided to do it manually with an in-house edit team. Raju adds,

Our professional editors scour multiple news sources, local dailies, TV news channels, websites, blogs and summarise each news story in 400 characters. The idea is to enable the reader to assimilate all the major occurrences across the world without having to spend too much time poring over lengthy articles.

The team tested out the app across various devices and did pilot runs with about 5,000 users to gain feedback. In addition to 400 character summaries, it also includes photo galleries and videos, when possible, to add to the visual appeal. Users can also tap on the headline to access the original long form story published by the source. The company has also developed the app to work optimally across 2G, 3G and WiFi by using image optimisation and other techniques.

Short-form visual or written content has a wide appeal among millennials, who generally have short attention spans. The popularity of apps such as Twitter, Vine, Snapchat can be partly attributed to this factor. Globally, Circa was among the pioneers for generating short-form news content. They had raised USD 5.7 million in funding in total, but then went on ‘indefinite hiatus’ earlier this year as they were unable to crack their business model.

In India, News in Shorts, is a big player in the short-form content space and has raised USD 20 million in funding from Tiger Global, in July 2015. It recently rebranded to ‘inshorts’ with the goal of widening their boundaries beyond news, to curate other forms of content. Some smaller players in this space are Cruxtor, which summarises news in a timeline format and Awesummly, which automates news summaries.

Coming to vernacular content, Newshunt has been a pioneer in this field in India. Its focus is on vernacular content in the form of books and news and has raised 100 crore last year, and 250 crore in February this year. Raju says,

There is a big market for regional content in India and this space can accommodate three to four big players. Right now, in the top 10 news apps on Google PlayStore, vernacular apps are dominating, while almost two years ago the situation was the opposite.

Way2News’ strength lies in its ability to tap into Tier 2 and Tier 3 cities and towns through cross advertising and marketing with its sister brand, Way2SMS. Raju estimates that they will not face high customer acquisition costs as they are well known and will be able to market their product through Way2SmS in Tier 2 and 3 cities. Another interesting channel for user acquisition would be the global NRIs who wish to consume local news from their States or towns.

Way2News is not looking to earn revenue through its product till it reaches a user base of two to three million. But it plans to explore B2B channels such as native and other channels to generate revenue in the future. Its main focus is on regional language content, while still summarising content in English.

The company plans to launch its iOS app in a few weeks to cater to a larger global audience and its future plans include increasing the volume of content and adding more languages. Sunil Patil, Chief Content Officer,Way2News, says,

That content is the key, goes without saying. Currently, way2news is available in Hindi, Telugu and English language. We are planning to add eight more languages in next 45 days.