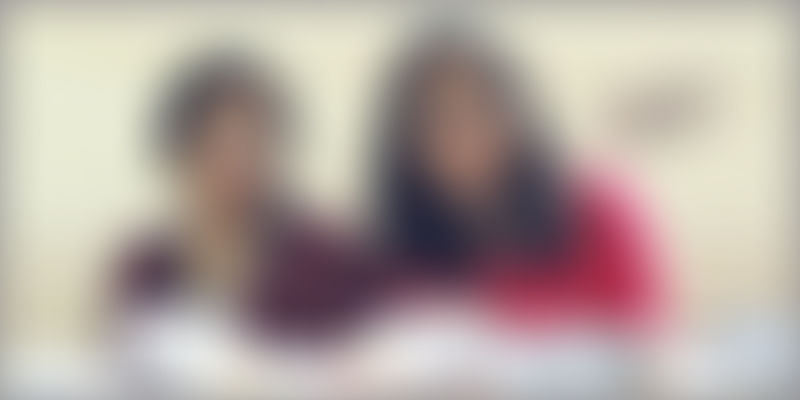 A little girl walked into a postcard stall in Ahmedabad, and handed over her postcard to the person collecting them. The address column just had ‘Mom’ on it, while the body of the letter only had “I love you.”

“It may seem clichéd but it is as simple as that. Sometimes we find it so difficult to say such things, and letters are the best way to do it,” says Shivani Saran on the philosophy behind starting the letter writing initiative Battees, in August 2013.

The idea, though, came a few years ago when Shivani was part of the global postcard sending and receiving project postcrossing.com. Every time she wanted to send a postcard, she would go to the post office and be disappointed with their collection of tourism postcards.

She was a design student from National Institute of Design, Ahmedabad, and she had no reason to depend on postcards available in the market. She decided to persuade her fellow design students into giving her their designs to print onto postcards, and voilà, she hit jackpot!

Soon, Shivani had dozens of creative designs printed on postcards and she decided to try out a letter-writing “movement” within campus. Together with her best friend Harnehmat Kaur, who was as excited about the idea, she planned their first event for World Post Day in 2013.

World Post Day happens every year on October 9, commemorating the date of the establishment of Universal Postal Union (UPU) in Bern, Switzerland in 1874. The UPU was the beginning of global communications revolution, allowing people to write to people across the globe.

“We knew we had to incentivise letter writing, which is why we came up with this plan. We offered postcards for Rs 30 each and told people we would give Rs 10 and a stamp if they come back with a written postcard. Well, it worked like magic. A few days later, some students came back to us with their written postcards, and we gave them what we promised,” says Shivani.

Her college mates wrote letters to parents, siblings, grandparents, aunts and uncles or even other friends. When they came back with stories about how happy these people were to receive letters, Shivani and Harnehmat realised the impact a simple letter could have on people's lives.

They founded Battees the same year. If you are wondering how the name came about, there is an entirely different story behind it: of course it involves these two best friends again. In Hindi, batteesi, derived from the word battees, the number ‘32’, is sometimes synonymous with playing pranks or making people smile (grinning to display all 32 teeth!).

Shivani recalls the prank they played,

“One night, Harnehmat and I were in the mood for some batteesi. We woke up at three a.m. and stuck notes across the campus. I think some were ‘Hope your zip does not get stuck’ in front of the boys washroom, and ‘onions and tomatoes have become very expensive. Ask dad for more money’ in front of the ATM. We just wanted people to smile, I don’t think they ever found out that it was us.”

When they started the company, their main aim was to use post as a medium to spread smiles and love across the country, and Battees was the first name that came to their minds.

Shivani describes Battees as a system, in collaboration with India Post, to foster, incentivise, and give reasons for letter writing in India, “because it is relevant and absolutely important to hand-write letters for the aspect of thoughtfulness associated with it.”

In this day and age, most people don’t even use the pen. We started with a model where we would give people postcards and pens on a table and tell them to write. We even used to post it for them but later figured that the joy in going to the nearest post box or post office to send the letter was greater than just handing it over to us. So we decided to stick to organising letter-writing events.

After organising multiple events in schools across Delhi, Chandigarh and Bengaluru, Shivani moved to Bengaluru, while Harnehmat moved back to her hometown, Chandigarh. They will continue operations from their respective locations.

Battees events are all about telling people about the beauty in letter writing. They sometimes bring in speakers from India Post to talk as well. Shivani confesses that they even end up over-romanticising the stamp by “showing people how much fun it is to lick and stick stamps.”

Once in a while, there is a letter-writing fan that thinks hatke (out-of-the-box).

“A lady after writing her postcard, picks out a stamp and then with complete and utter nonchalance proceeds to rub the back of the stamp all over her face which was damp with sweat. After running out of sweat on her face, she turned to her friends' forehead and manages to stick both her stamps on the postcard. Shivani and I stood dumbstruck and in awe. Not everyday do we see such inventive and creative stamp sticking at our stalls!” says Harnehmat on the Battees blog.

The response to the initiative has been outstanding, according to the founders. They have conducted almost 10 events over the last two years, and have made more than 2,000 people – mostly school students – send letters and postcards across the country.

On future of Battees, events and tie-ups, Shivani says, “We will be working on connecting schools and old age homes or orphanages, and will be exploring writing letters to army jawans on the border. There are so many exciting possibilities we can think of with letters.”