The three design mistakes of my life 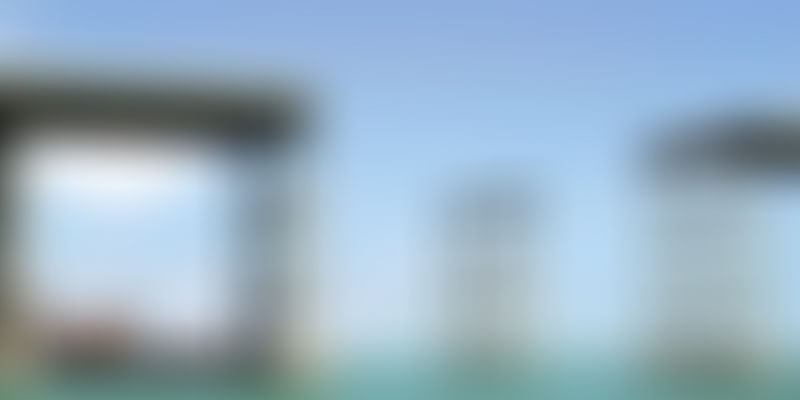 Don't you get irritated when you make a rookie mistake?

I've been reading a few books and articles on product design lately. Some recent, and some classics that designers still swear by, even 30 years after the first print was released. Comparing the two, one thing struck me. Devices, user interfaces and users have morphed beyond recognition. But the principles of good design haven't.

Yet, we still make tons of elementary mistakes. I know I do. These were silly mistakes then, and they're silly now. It's a cycle we’re all prey to – make a few errors, learn from them (I'm optimistic), and then go make some new ones.

But, surely, reinventing the wheel is not efficient. Each time someone repeats a basic mistake, it's a waste. A waste of our collective efforts.

So here's my attempt at reclaiming squandered time. Here are the three most critical design mistakes I've made. I hope others building new products can learn from them.

Design gurus talk ad infinitum about the importance of onboarding users. And it's also common sense. Therefore, in the first version of my app, I included a six-screen tour upfront to help users immediately see how they could get value from the app. But that didn’t work.

In a world where you lose 80 per cent of your users within three days, users don't just want to see the value upfront. They want to get the value immediately.

So, after a few cycles of lower user activation, we now focus exclusively on soft onboarding – guiding users as they do actual activities on the app, rather than "teaching" them before they enter.

Another mistake we made was asking the user to invest too early.

If you ask the user to do some "work" before she's sold on the app's value, you’ve lost her. Let's say you ask users to create an account. About 90 per cent won't if they're not convinced that the app is great. What about Facebook login, you may ask. Yes, it takes only 14 seconds. But no, that's too long.

To overcome this, we made the registration simpler in each successive iteration. First, we reduced the number of mandatory fields. Then, we removed some fields altogether. Finally, we had only ‘mobile number’ left. Just one ten-digit number, which your fingers know by rote; surely that’s not inconvenient? But still, user numbers were deflating. It was only when we removed the login altogether that our sickly funnel began to recover. We now collect the mobile number only once the user completes her first iteration through the app – when she has already derived some value from it.

Moral of the story:

Unlike your investors, your users need to see the return BEFORE they invest

B) Not optimising user funnels

On the mobile screen, space is scarce. And space in your user’s mind is, if anything, in even shorter supply.

Therefore, you must keep things simple. Don't make the user think about what she wants to do. Once she opens your app, the next step should be self-evident.

There are two ways to mess up here: (a) give the user too many options; or (b) put important actions deep inside the app. We paid attention to the first, but missed the second. No matter how many triggers we gave, if a functionality was two or more taps away in some menu, users wouldn't see it.

Finally, we mapped out the different user funnels on the app. And redesigned it such that the user sees what she's looking for on the first screen itself. And not in some corner of the header. Front and centre. No brain cycles wasted makes for a happy user (and a happy me).

Moral of the story:

Think about all the contexts in which the user will use your app, and make each of these as simple (one-click) and clear (visible) as possible.

A related issue that several apps (including mine) suffer from is that funnels tend to be too long. It’s pure wishful thinking: "I've placed a pot of gold at the end of the funnel. The user will jump through as many hoops as I place in the way." Won't happen.

We did this too. Our initial funnel was quite long, and very few users reached the end and benefitted from the app. Today, we've made our funnel much shorter, and are seeing far more users complete the journey through it. And they're earning their (small) pot of gold.

The important learning for us here was that shorter funnels are much more optimised for conversion, and take users to their “Aha!” moment much faster and more often.

Notifications are quite powerful. When a user first installs your app, she may not check it often. Notifications help build the habit. Make her phone buzz every day with a message from the app, and she'll check in often.

This worked wonders for my app. For a limited time.

As users got more acquainted with our app, the standard daily messages, albeit highlighting user value, became just noise. After receiving a stock notification for five straight days, the only action users often took was to uninstall the app, as we very heartbreakingly heard from some of our (ex) users.

The only notifications that work sustainably are personalised messages. Not just including the user’s first name. You also need to customise the message based on the user’s in-app activities. If a user comes to your app every day for five days and suddenly misses a day, tell her you're missing her (in a non-creepy way!). If she's close to a milestone, remind her of the waiting rewards. Referencing users' past activities creates a much stronger hook to reel them in.

Today, we strive to send more personalised messages to users, uniquely tailored to their usage of the app.

I hope I've learnt from these mistakes, and that our bucket won't be as leaky now. What about you? What are the design mistakes you've made, that now make you cringe?