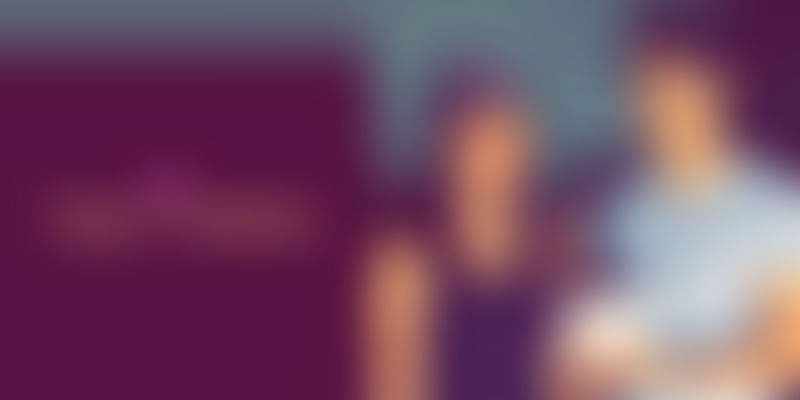 Vijeta Singh’s love for dogs reminded me of the poem The Power Of The Dog by Rudyard Kipling.

Well, her love has deeper roots: She quit her job to start Tupi’s Dabbas, to help pet owners feed their dogs the right food.

Vijeta, 24, and her brother, Karan, 23, grew up with five dogs in their house. Both of them left the city, parents and dogs to pursue their under-graduation at Symbiosis International University, Pune.

“I was so obsessed with my dogs that I used to Google different recipes and make food for them. I loved seeing them enjoy the meal, and slowly I started doing it for my friends’ dogs too,” says Vijeta.

This had to stop once she went to Pune for her education, but that was not the end.

The economics major worked as an investment banker at Ernst & Young till late last year, before quitting to start her first venture. She did not know what the business was going to be but travelling across the world gave Vijeta the perspective she needed to start EasyMeat.

“I travelled for over six months spending 45 days in the US, Europe and Dharamshala and when I finally went back home, I had made up my mind on what I wanted to do,” she says.

She wanted to deliver freshly cut meat, and she explains how she got her idea.

“Three years ago, Pune only had Venky’s for non-vegetarian food, and that too only in large supermarkets. After pulling 14-hour work shifts at E&Y, the last thing I wanted to do was shop for meat, where one has to see the unpleasant way it is handled. I realised then there was a gap in the market.”

Karan, who was studying business administration, joined his sister soon after he graduated. Together they launched EasyMeat in July 2015. With a team of 10, the startup currently serves meat and seafood to over 200 customers in Pune in a week.

Tupi’s Dabbas as a venture

The minute she brought their pug Tupi home, Vijeta knew she was going to start making special meals for him. This got her thinking other dog owners in the city would appreciate the meals she cooked as well.

That is how Tupi’s Dabbas came up. It is all about giving dogs the right kind of home-cooked food.

“If you feed your children Frito Lays and pizza everyday, they will love it, but it is not healthy, right? It is the same for dogs. Just because they love it, doesn’t mean it’s okay to feed your dog Pedigree everyday,” adds Vijeta.

The ventures follow a subscription-based model, where customers get two meals for their four-legged friends delivered in the morning everyday. Though all the meals have the same base of chicken broth and brown rice, they are available in seven different flavours. The meals can either be fruit based made with apples or pumpkin, or meat-based meals with chicken or mutton.

Some dogs, like the Alaskan Huskies, need specially-customised meals. “Two of our customers have huskies, and they refused to take chicken-based meals, so we specially make fish meals for them,” Vijeta says.

She adds that the company steps in to create food that the dog owners have no time to make. “It is not about how expensive the food is. People may love dogs, but they may not have the time to make the food. Our chicken broth is cooked for over five hours. With the fast lifestyle today, dog owners do not have that sort of time,” she says.

Subscription to Tupi’s Dabbas costs either Rs 3,000 or Rs 4,000, depending on the size of the dog. The company currently delivers to nine customers across Pune.

On future plans, Vijeta says, “Tupis is not what I do for profit. I am just a dog lover, and will do everything I can for them. When people call me, I don’t sell Tupi’s Dabbas; I just answer their questions and educate them.”

EasyMeat and Tupi’s Dabbas will soon expand to other cities, including Mumbai, in the coming months.

A lot of startups are starting to focus on pet-related issues. Last week, we wrote about a company that uses mobile web and location-based services to solve any animal-related problem. With the awareness to save and help animals increasing by the day, the future will see a lot more startups cropping up in this space.