The man who wants to use the internet to change the face of fundraising: Impact Guru’s Piyush Jain 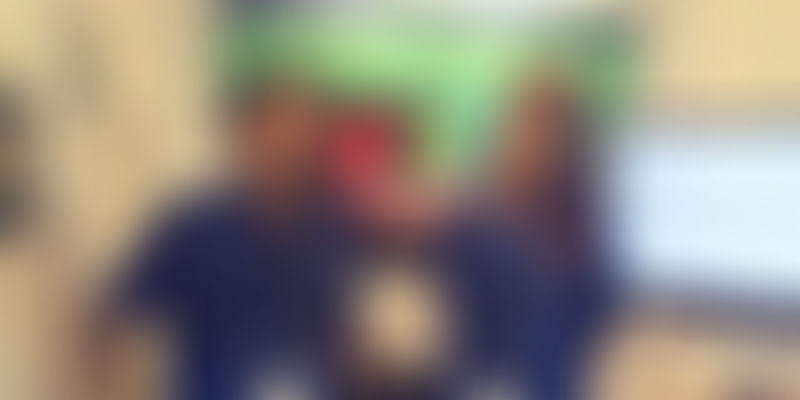 A 16-year-old boy visiting an orphanage in Lonavala some years ago made himself a promise. True to his word, he went to battle it out on Wall Street, contribute to the staggering success of bigwigs like JP Morgan , only to come back and pledge all that expertise to the greater good.

“At that orphanage, I was deeply moved and realised how lucky I was to have a home, a family, and to even be able to go to school. I finished my education and became an investment banker. Being on Wall Street was beyond thrilling, but I knew I must use my financial skill for a greater social purpose.”

In his quest to explore more effective revenue models for social enterprises, he published a research paper with Harvard Business School on innovative ways to finance a venture. This also took him to Singapore, to garner entrepreneurial know-how at BCG. He explored two concepts – social impact bonds and crowdfunding. Although the former, he felt, was near impossible to implement in India, the latter – which was a raging success in the US, had shown little development in India with massive untapped potential.

What you didn’t know about the success of crowdfunding

There are three key factors in crowdfunding. First, the sheer number of people interested in giving in India to social or religious causes is close to 350 million – which is the entire population of USA.

India’s internet penetration has been bullish ever since the smart phones became the fourth necessity of life. Our broadband reach is not great, but 20 million mobile internet users are being added every quarter, according to the research of Piyush Jain. There is a higher percentage of people doing online transactions in India than some of the developed western countries. Our plastic money, that is, debit cards and credit cards, aren’t a part of many wallets yet – but digital wallets are poised to solve this problem.

Upon inspecting the way social enterprises were going about with their operations, Piyush discovered that most of their costs can be eliminated and in turn impact can be maximised.

“Crowdfunding has been a part of our DNA since decades – we just didn’t have the technology to extract the most out of it. I remember we would get donation forms in school and go door-to-door to collect money for different campaigns. Today, most NGOs still rely on bulky call center operations as well as door-to-door donation drives to get funds, but these entail major costs – and almost 60 per cent of what they raise is used in covering those costs. This is a colossal waste of a massive amount that an NGO could have otherwise put to better use.

The guru of creating maximum impact

Piyush’s Impact Guru was incubated at Harvard Innovation Lab a year ago as a digital crowdfunding mechanism for NGOs and various other causes. It empowers individuals and corporates to give to meticulously vetted non-profits in India on their highly curated platform. With its technology platform, the cost can drop to as low as 5–10% – which is the commission they charge from the organisations they host.

As a platform, what Impact Guru is banking on is the power of social media.

“Social media is playing such an important part in our daily lives that everyone’s Facebook wall is now an invaluable digital real estate that has potential to be used for social good.”

He built a robust database of organisations in need and vetting them with due diligence on the grounds of transparency, impact, statutory compliances with the FCRA act. After having rejected almost 90 per cent of their prospects, they now have a resource of 30 organisations that they are hosting on their platform.

The platform was officially made live three weeks ago and was inaugurated by Union Cabinet Minister for Women and Child Development, Maneka Gandhi. Since then, Rs 3 lakhs have already flooded in marking the trust attached to their brand name.“Giving culture is not common in India. People are definitely still skeptical about the virtual space and faceless transactions – and with good reason, because frauds by fake NGOs aren’t uncommon. We hope to restore that faith in the audiences by vouching for our organisations after performing heavy due diligence on everybody we endorse on our platform. People may not trust a locally operating lesser known organisations, but we want to enable them to do so by trusting the Impact Guru name attached to it instead,” says Piyush.

Their double bottom line – creating profit as well as impact – is what keeps the Finance Aficionado going. “We are mentored by MDs at JP Morgan, presidents of Sequoia funded startups, and have started our journey to do something truly unique.”

Donors usually want something tangible in return of their generosity, he has sensed, in this era of cashbacks. Therefore, granting 80G certificates has proved to be a fantastic trajectory for them, amongst other benefits they offer.

However, he wished to offer his platform not just to organisations, but also to smaller entities, campaigns and individuals in need of funds, to empower them to create campaigns and significantly scale their operations.“Students seeking scholarships can now do so themselves on our platform – for it is a five minute process to create a fundraising campaign with us. They can offer their services in the form of unpaid internships to corporates to be funded by them in turn. The possibilities are endless.”

CSR is also mandatory in companies, but the bigger ones have already established their own foundations. SMEs can partner with Impact Guru, though, and outsource their entire CSR efforts to them. Marketing social causes adopted by companies, through their outreach on Social Media, also forms part of their value offerings.

And of course, there is more reason for the world to SMILE about their efforts.

Impact Guru is also the first platform in the world that rewards the act of sharing a charity fundraiser on social media by making a donation per Facebook share. The amount of the donation per share could be as high as Rs 1,000 depending on certain conditions. Very fittingly, this simple and heartfelt initiative is called SMILE – Social Media Impact Linked Engagement.

“Only two out of the 100 people who visit donation platforms actually complete the transaction. We came up with a plan which incentivises visitor as well as the non-profit to make a campaign viral. Every Facebook share would be worth something to a micro-donation charity, subject to conditions, we declared.

Citing the example of the Ice Bucket Challenge, he points out, “Not everyone who participated, donated. But they gave time and space on social media to promote it. Because it went viral, $150 million were raised in a month.”

“In that regard, for any campaign garnering more than 500 shares and 20 donations, we make a donation in a way that we reduce our commission fee from 10 per cent to five per cent.”

Their September 19 event, raising money for Indus Action, one of their prime beneficiaries which enables underprivileged children access their right to quality education – was a milestone in itself.

They attempted to create a bridge between rural issues and urban attention. “Ninety per cent of donors don’t even know about the right to education law – where children from under resourced backgrounds have a right to access education from an elite institution,” says Piyush.

Their solution – raising donation by selling tickets to a fun wine and dine at one of Bombay’s most elite venues, where the guests would get the chance to meet some of the most resplendent social entrepreneurs and enterprises in town. As a result, more than Rs 85,000 were raised in one evening, and 40 children would go to school as a result.