From selling his bikes for funds to having a turnover of Rs 1cr, the journey of this entrepreneur 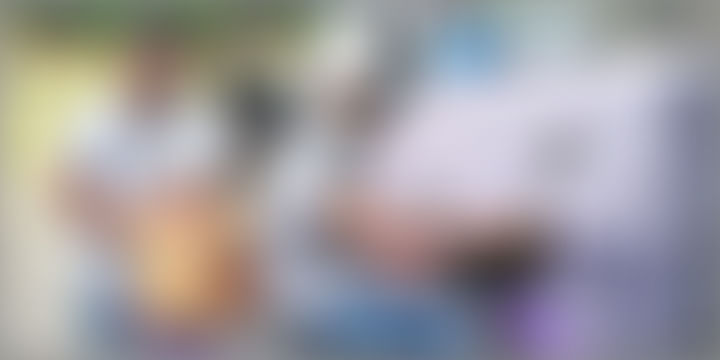 Barath Akkihebal was all set to write his GMAT in 2014 and take the traditional route of pursuing MBA abroad. But destiny had a different course for him. On reaching the centre, he wasn’t allowed to write the examination owing to certain discrepancies in his name.

Thus, GMAT went out the window and what followed were moments of introspection. Thoughts, which questioned the need of doing an MBA abroad, paying a multi-lakh loan and still running the risk of not landing a job. Rather, what seemed more sensible to Barath was utilising the same fund for starting his own business. But it is never as simple as that, is it?

Coming from a family of three generations of government employees, as soon as Barath uttered the word ‘business’, hell broke loose in the family. Thinking that they would never understand, he moved out.

“When I left home, I started with Rs 17 in my wallet, with no money in the bank. I could not possibly fathom an idea of starting my own business. Restoring bikes was a passion in which I put almost all my salary into. I had restored 13 to 14 of Yezdis and Jawas, not really bothering to save much. ”

Before this, while working at Staples, Barath realised the need for vendors to supply office stationery to small-and-medium-sized companies.

“I always considered the feasibility of a business of only small-and-medium-sized companies, since their volumes are low and the payment cycles really fast. Usually, having one large account makes it difficult as it requires one to stock huge inventory which, in turn, requires high capital for inventory.”

Thus, he conceived the idea of OfficeSmart.in

To begin with, Barath sold half his collection of motorcycles to start up. His venture had to share office space with another company without having a complete roof to call his own. For the initial three months, the deliveries were done by him in a hired car.

“It was difficult for me to run from one end to the other doing deliveries. Today, I am proud that we have touched one crore in revenues with a very lean three-member team. “

According to the founder, Office Smart is a hybrid hyperlocal B2B startup delivering all office goods required in an office from bean bags, office signage to customised t shirts, writing pad and pens. On asking him why he chooses to call his startup a ‘hybrid’, he explains that unlike other B2B vendors the venture holds bare minimum inventory, stocking only those products which are tough to source at short notice.

Today, the venture has 40 vendors from whom they source more than 1,000 types of stock-keeping units (SKU).Explaining their strategy, Barath tells us that for every rupee of inventory they stock they aim to do ten times the sales.

Office Smart has a portal where clients are categorised into three categories of Smart Always, Smart Buy and Smart Contract. These are to offer differential pricing based on the average monthly buying by the organisation.

The platform also provides an internal platform for organisations, categorises users as a super user (generally the admin) and a sub user (consumer putting in the request). Once the sub user puts in a request and the super user approves it, Office Smart gets to work delivering the requested objects. The super user can also pull out analytics like user, category, product, department-wise consumption, which helps the admin budget better and also map any anomalies in the consumption.

Following a year-on-year growth metrics, the firm claims to have grown five times its initial size without any external funding. Clocking a billing of almost Rs 1,00,000 in their first month of inception in January 2014, the firm billed Rs 5,00,000 in January 2015. Moreover, the founder claims that the venture is growing at 33 per cent in revenues, month-on-month.

Office Smart serves 15 active clients, adding one business every month. However, it aims to grow this number to three businesses, every month.

Catering across offices in Bengaluru, Tamil Nadu and Hyderabad, the startup does hyperlocal deliveries in South Bengaluru - Koramangala, HSR Layout, Sarjapur, MG road, Jayanagar and JP Nagar. While, it outsources door delivery to third-party logistics partners in the other two States, it also gets repeat sales orders from Madurai, Kannur, Coimbatore, Tiruchi and Pondicherry respectively. Owing to big ticket size, an average of Rs 20,000 in volume of deliveries, the company makes as much as six to ten deliveries every week.

Planning to go app-only in the next quarter, the business is aiming at widening its client base, by solidifying supply chain network. While looking at funding, the firm is also in talks with certain clientele to supply to all their offices across 500 different pin codes.

Inspired by Jeff Bezos’ Two Pizza Rule, Barath tells us that the venture has only three employees, recruited with minimum skill sets and retrained. Today, all three of them can handle any function of the business with the ability to complete an order cycle. Personally, he believes in giving more ownership to his wingmen, letting them take decision calls at an initial level.

The B2B wholesale market is India is said to be USD 300 billion in size, expanding to USD 700 billion by 2020. Almost 95 per cent of this market is still unorganised, leaving scope for other players to join the bandwagon. In 2012, the approximate size of Indian office products market was said to be USD 20 billion. Moreover, with a couple of vendors already functioning in this space, OfficeSmart.in might be facing competition from Zoffio.com, which was shortlisted by Google as one of the five Google SME Heroes last year (2014); Gurgaon based OfficeYes.com, which received an initial round of USD 2-5 million from our early investors in 2013; Chennai-based Kobster which raised an undisclosed amount of seed funding early this year.

With most of the above players working on similar models of exclusive e-procurement, inventory and spend management, cost optimisation suggestions, analytics and centralised invoicing, the differentiation seems almost negligible. Rather, the market is fairly nascent, with a race to scale and organise the market while bringing differentiation to the ecosystem.