Pallavi Patodi gets inspired by father, turns entrepreneur with Yellowfashion.in 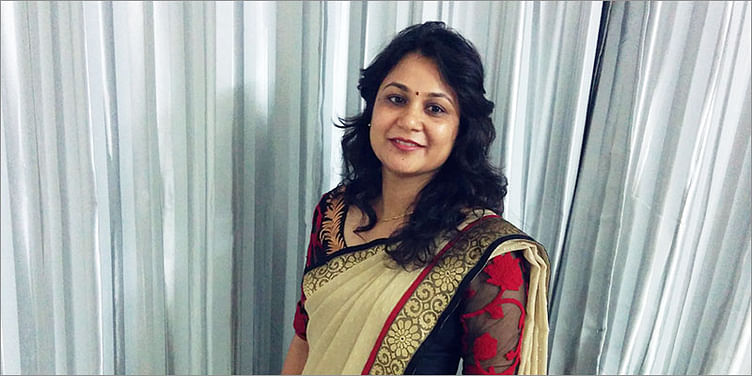 The dusty bylanes of the non-descript town Hatpipalya in Madhya Pradesh. A man attends to various chores in his small bicycle shop as his daughter watches him from close quarters, working hard at the shop he is so passionate about.

Watching her father go about his work with so much grit and determination, the daughter develops a strong feeling of doing something on her own when she grows up. And true to her desire, she builds up a career for herself. Today, she is the co-founder of Yellowfashion.in, an online fashion store for women in ethnic apparels.

Growing up in the small village, 50 km from Indore, was happy memories for Pallavi. The only thing she laments is the lack of a proper school which was not equipped with basic facilities. It was just a board and a table and all students had to sit down on the floor and study.

“My parents were very supportive in terms of education and encouraged us to do our own things. Despite not having a single good school in my hometown, my parents ensured that both my sister and I finished our post-graduation by shifting to other cities,” says Pallavi.

Pallavi completed her MA in economics privately from Gujarati College affiliated to the Devi Ahilya University in Indore.

Marriage followed by the birth of her two children, Pallavi kept alive her desire to become entrepreneur someday. She wanted to do something on her own so badly that she started preparing for it. She wanted to start a traditional apparel online store.

Pallavi along with her husband started setting up a small rented place adjacent to their house so they can also keep an eye on their kids while working. Initially, they utilised all their savings, withdrew their PF, mutual funds to do photoshoots. They also made arrangements to pay the merchants well in advance to have a varied range of products.

And the conversation which got Pallavi started happened at the hospital where her husband was recovering from a surgery.

“He was impatient to get back to work while I always wanted to become an entrepreneur, so we mutually agreed upon starting something together,” says Pallavi. Some serious thoughts later, Yellowfashion was ready to be launched. And the name Yellowfashion? Well, that is the couple’s favourite colour.

Starting up was not a cakewalk

Starting up as a thought was very appealing but the sailing was far from smooth in the initial months. The first three months they got minimal orders, in the range of 20–25 sarees. Despite the place being stuffed with sarees, there were no takers for them. They then started working on revamping their website and little did they know that almost for 3 months they would just get orders close to 20–25 only; things were looking pretty difficult. They started revamping their website and started penetrating the social media and reaching out to possible customers with discounts thinking that it would help.

One thing which acted to their advantage was their office being a rented place in a residential area, the neighbourhood ladies came flocking to touch and feel the sarees and some would eventually end up buying them as well.

Thus, started Yellowfashion’s tryst with success. It took time but the brand has been able to get a foot in the industry now. Moreover, they are now eyeing expansion. They are looking at incorporating a wide range of sarees to cater to the tastes of all professionals – be it doctors to professors to even housewives, from Gujarat to the Southern cities. They are also working in launching customised designer blouses to cater to the mood and need of women. They are also planning to have a private label in sarees soon.

Pallavi takes care of logistics, operations as well as selecting products, in keeping with the trend and fashion of the times.

“Initially when we started, since the team was small, we used to do multi-tasking. I remember forwarding the customer care number to my mobile phone and attending customers calls during vendor meetings, in between children’s studies, and even while cooking,” says Pallavi.

Another thing that Pallavi takes pride in is the personal touch she gives to her venture. “We personally delivered products to customers in Mumbai. We still do it sometimes now, at least a couple of times each month. That gives us the pleasure of knowing our customers up, close and personal too and helps us bond better with them,” says entrepreneur Pallavi.