Roll Mafia: the Godfather of kathi rolls that was shut down but returned in two cities with a bang 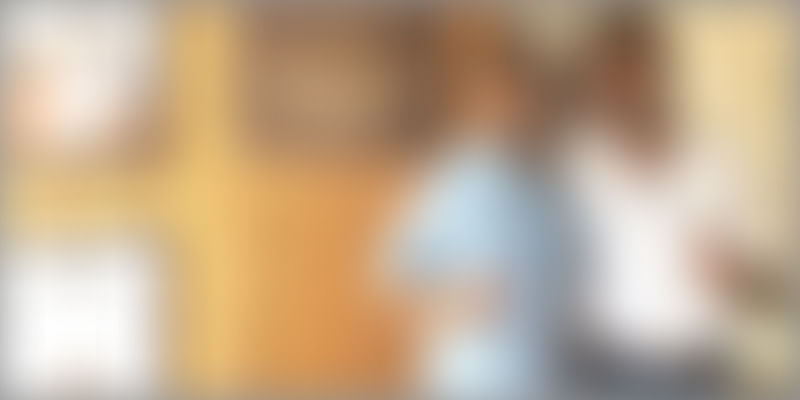 Two puzzled orients couldn’t help but wonder why the West hasn’t been introduced to the sinfully, rather “criminally” delicious queen of Calcuttan gully-cuisine, the kathi roll. With their efforts, gone are the days when only a 1000-mile trip to the Nizam’s in the far East would suffice the cravings for the puritan in you. Roll Mafia, with a chain of joints across Pune and Patna, endeavours to bring you the authentic kathi rolls, dum biryani, and curries closer home.

Varun Sahay, the 33-year-old golf enthusiast-turned-miner-turned-entrepreneur, hailing from Patna, struck a hole-in-one with a business idea, over a game of golf with his brother and now business-partner, Vishal Sahay. “Post a game at the Kolkata greens, we both were relishing the Kolkata rolls and wondering why so few know about it. Unlike rolls elsewhere, our rolls are truly juicy and succulent and not dripping with any sauce – like the way kathi rolls are meant to be,” says Varun.

Vishal adds, “I missed the rolls so much when I lived in Mumbai and Pune that I thought it was about time the world appreciates food from the city we grew up in”.

Trial and error, and repeat

A truly home-grown brand, Varun’s wife christened it ‘Roll Mafia’, as their food is described as “criminally tasty” by those who tried it, and the brand hit the road in 2012 with its first outlet in tested waters close to their hometown, at a mall in Raipur. But it was shut down soon.

“Our first outlet ran for six months and failed, as the mall shut down due to a financial crunch and drop in footfalls,” says Varun, adding he has no qualms, as the exercise rendered valuable business lessons disguised as failure. “But the fun was in the learning. We learnt everything from the few months here, like the necessity of a central kitchen, and managing taste and quality. Even though we were struggling, the positive reviews for our food helped.”

Picking themselves up and dusting themselves off is what made all the difference. Undeterred, the duo decided to move back home, to Patna. The quality of their product itself opened gateways to their next joint, as a loyal customer from their Raipur days helped them get a place in Patna’s P&M Mall.

“Getting the location and kitchen right is key. For six months in Raipur, we did not sell more than 60 rolls a day. On day one in P&M Mall in Patna, we sold 75 rolls post inauguration at four pm! It was amazing!” says Varun.

Roll Mafia continued doing what they were best at, and the word got out. The location had another hidden trove: its proximity to IIT Patna. A lot of students would drop by, and often the kinds who would have out-turned pockets by the month end. Varun, who would be behind the counter rather often, started giving them some extra tidbits and parathas to build a relationship with his regulars.

“That created such a buzz in the campus that Roll Mafia Outlet at P&M Mall became a quasi IIT hangout - given that our portion size was so filling and tasty,” he says. Such was their relationship with the students that a group actually went up to the dean and insisted that he invite Roll Mafia be a part of the IIT campus. Accepting the offer, they started serving 1,200 students from a campus outlet directly. In a span of two years, as the campus expanded the 12,000 students who lived and studied there were converted to loyal customers.

After a successful pilot, the time had come to cash in on the publicity, and take the brand to the West, as planned.

Vishal, an alumnus of Symbiosis, Pune, says even though he had studied in Pune many years ago, the city is constantly evolving, and its tastes and preferences must not be taken for granted. Moreover, one must account for the diversity in ingredients across the country. “You must know something about the city you sell in. For example, even though you get ginger and chilly here as well, it gives you a completely different output. So food testing and tasting remain absolutely critical.”

Being the Mafia in two cities

At 11 locations – including stores as well as hub kitchens – in two cities, they have gone from 75 orders a day, to now almost 500, 80 per cent of these being repeat customers.

“The food business is not really rocket science. It’s about getting your basics right, especially in a space with such high attrition. So, our focus is to have a few items but to deliver it well. I am elated when patrons say our rolls still taste just the way they did two years ago,” says Vishal.

"We aim to be in 50 locations in eight cities by March 2016. We are hoping to close this financial year with a five-crore revenue in the books,” he adds.

Their team has grown too, with 75 employees currently, with hopes to grow to a 250-strong team by March 2016.

The golf course – where it all began – remained a strategic companion throughout their journey and even led them to their first angels. “We met our first investor, Nirav Choksi, on the course and as we shared details of our venture, Nirav grew so interested that he actually flew to Patna to sample our food.

As passionate about food as much as they were, he and his partner, Rajiv Ramnarayan, cofounder and Director, Equentia Natural Resources, Singapore, expressed their desire to partner with the Mafias.

“They made an initial investment of and then brought HHC Holding Pte Ltd Singapore - a seed fund based out of Singapore - and other individuals with high net-worth, including Bhavin Shah, Manav Khanna and Ram Kewalramani on board within three months to put together a seed funding of Rs one crore,” the brothers add.

These funds would be allocated to marketing, technology and further scaling operations in Pune, hiring staff and implementing the aforementioned expansion plan.

Being a “mostly internet” model, technology plays an almost central role in what the company does. As a perfect combination of online and offline services, they use more of one and less of the other depending on the city they are dealing with.

“Our app is also coming up soon, and so are other fun innovations in ensuring that whenever someone thinks of regional cuisine, we’re there. We are also hoping to add more never-eaten- regional layers in our food as we proceed.”