What startups can learn from superheroes 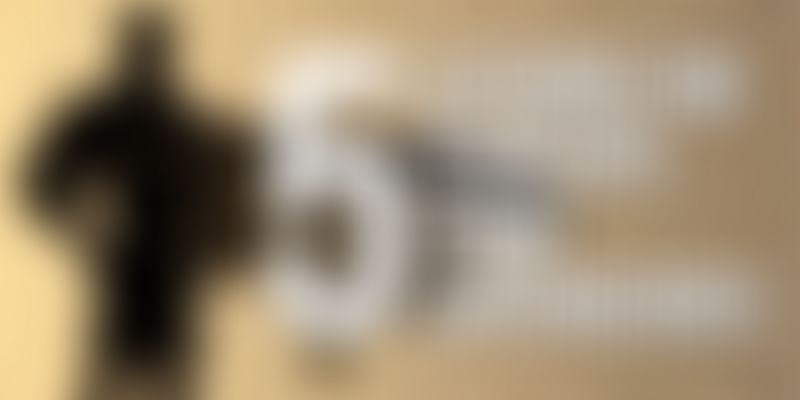 Superheroes are one of the most popular creations of popular fiction. We have all grown up on them. We all have had our odd weak moments when we sported our briefs over trousers and wondered ‘What if?’ No, you did no such thing? Please accept my apologies!

However, amidst our fascination for the exploits of these men (and women) in tights, there lie many pertinent insights in their sagas for those making the bold endeavour of charting their own course.

Here are a few:

Foster the myth of inception

Nearly every superhero has an extraordinary story of origin. Superman was rocketed to earth as the sole survivor of a distant planet. Batman is witness to his parents being murdered. Spiderman gets bitten by a radioactive spider. This exceptional event clearly signals to the audience that great things are surely afoot. The building of a colossus can only be triggered with a monumentally interesting founding tale.

Perhaps this is why many startups hold relics of their creation so close to their hearts. Be it the allure of the garage as a symbol of the entrepreneurial spirit in Silicon Valley, or the nearby café these days where many an Indian pioneering venture is setting sail. Every startup surely needs a riveting narrative of how it came to be. Was it the angst at something in the system? Did that harmless joke smile forth an interesting business proposition? Could a late night of inebriated revelry have brought like minds together?

These episodes need to be revisited and recast. They not only serve as beacons of inspiration, but also function as web shooters to hook newer recruits and roll them in (to use a Spidey analogy).

Superheroes never settle for the plebeian. Batman is the guardian of Gotham City. Superman protects the entire planet, the galaxy even. Ironman does not let even the toughest crease bother him. And even if I took some liberties with the last one, you get the picture. Superheroes straddle challenges which bestow an almost God-like status on them.

This striving towards a higher cause always can serve startups well. Apple essentially struck resonance with an entire population, because it addressed the emancipating idea of making computers (and subsequently all technology) accessible to essentially everybody. Santiniketan was established with the concept of liberating the learning process of children from the confines of the classroom, and putting it more in touch with nature.

When one is driven by an inspiring purpose, chances are one’s exploits are very likely to stand the test of time.

There can be no superhero without a formidable enemy: Fantastic Four and Doctor Doom, Batman and the Joker, Spiderman and the Green Goblin, Superman and Lex Luthor. This delicious counter-balance is the very thing which fuels the heroism of the hero. Without the devious plots of the super villain, there is no need for the superhero to stretch sinew and cerebrum. They are the very raison d’etre for these caped crusaders to go higher, faster, further.

A useful strategic exercise when one begins a startup is to ask ourselves who or what we are against. It is not just Indian television serials which can benefit from kindling long term rivalries; business endeavours too can be galvanised into action. Virgin positioned itself as always standing up to the big guys, in whatever category it entered. This led to it perceiving the new field of endeavour with ‘virginal eyes’ and innovations which favoured the consumer always resulted.

Pitching your wares against an ‘enemy’ brings an incredible focus to one’s activities and a sharply defined sense of purpose.

Have friends you can lean on

Being a superhero is no easy task. Even those with great powers sometimes need the reassurance of a helping hand. Batman often allies with Commissioner Gordon. Superman is assisted at times by Lois Lane and Jimmy Olson. The X-Men frequently lean on each other’s expertise to overcome challenges.

What is an endearing subtext in these epics is that it shows it is never a bad idea to ask for help no matter how powerful one might be.

Founders have to embrace this facet of the startup journey. They need to appreciate that from time to time they are going to need help from other sources. Be it counsel on some issue, or a reference to a prospective team member or even a session on financial management. Starting something is incredibly difficult, but one is never alone if one is able to evangelise the vision to an extent that others want to contribute in some manner. The Beatles famously sang about this many years back; it probably should play in lobbies of startup organisations: ‘I’ll get by with a little help from my friends’.

Everyone, even superheroes, needs to escape from the pressures of the job once in awhile. This is why nearly all of them have secret identities where they can return to the humdrum of normal life, complete with pending EMIs and all. Taking a break is never a bad idea, especially when one is expected to perform great feats. Clark Kent is Superman’s alter ego. The Batman can let his hair down as Bruce Wayne. The only character who flaunts his identity openly is Ironman. But then again, not everyone can be Robert Downey Jr.!

Nurturing your own startup can be the most fulfilling experience ever. But it can also be an extremely exhausting one. The emotional highs and lows are akin to leaping over skyscrapers with a single jump at one moment, only to be socked in the solar plexus by a cannon shell a second later. This is why founders need an alternate life to transition to where they can unwind from time to time.

Adopting a sport, pursuing a hobby, learning to play a music instrument and going for that weekend trek are not unnecessary distractions in the entrepreneurial voyage. They can be life rafts to stay afloat when one is confronted with an ocean of problems. Never feel guilty to take that little break. Chances are you will be physically, mentally and spiritually replenished on your return. And if you so desire, you can even belt out He-Man’s most famous line when you come back to the workplace. Standing in the middle of the office with your smartphone raised, you can holler ‘I now have the power’.

Eventually, the startup journey is no less heroic. And in traveling along the path less trodden, every entrepreneur has the opportunity to create her very own blockbuster epic. A story more likely to be captured on carefully scrutinised balance sheets, rather than vividly illustrated comic books. May the force always be with you!