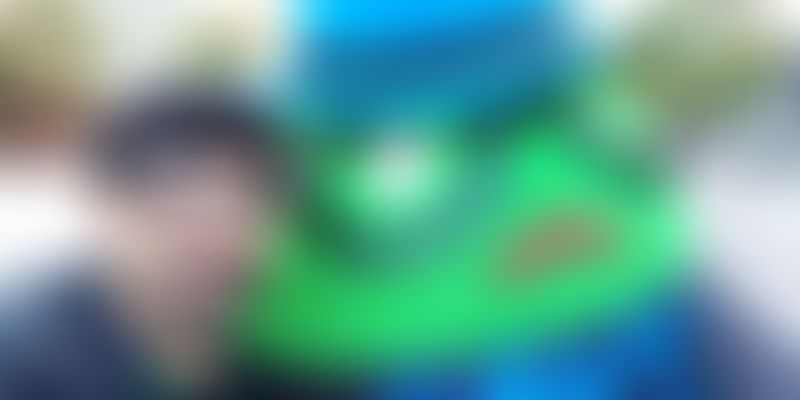 Next time you go to Goa, don’t be surprised to see a bunch of coders busy with their work at the beaches. You can partly blame it on Prajyot Mainkar and his continued work on building the Android community in the tourism destination of the country.

Prajyot is the founder of Androcid Media, a company that works primarily on the development of Android applications and Content Management Systems. This Goan developer has five years of experience in android technologies and more than 8 years in IT. But what sets him apart is his effort to take community support and learning to the next level by building a world class ecosystem of seamless transfer of technical knowledge and innovation. He has been a mentor for mobile app building strategy and initiatives around India, with his experimental approach. Meet our Techie Tuesdays for today, Prajyot, in the following conversation.

Business in his blood

Prajyot was born and brought up in Goa. He was an average kid in class and had no specific interest in computers in general. As a typical Indian family, his parents didn’t allow cable TV or computers to distract Prajyot’s studies. His father is a prominent businessman in Goa. Prajyot recalls an incident from his childhood:

In the fifth standard, when we were introduced to MS DOS for the first time, our computer teacher told me that it is not easy and I should be focusing on other things. I went to cyber cafés, and read books to learn more and correlate what was being taught in school.

By the ninth standard, Prajyot was clear about studying computer science. As a target [and incentive] set by his father to give him a computer, Prajyot scored 80 percent marks in class 10. This is when his introduction to C and C++ took place, and the affair went further; into college. He also got a glimpse of the hardware every time his system went down and hardware engineers visited his house to repair it. Though he was never interested in the hardware bit, he learnt a lot about it in these sessions. Prajyot says,

Having a computer in those days brought a lot of responsibility. One had to take care of its cleaning, internet connection, problems of hanging due to the limited RAM, fixing such problems, and more.

Also read: What took Riyaz Ahemed Walikar to the hall of fame at Google, Facebook, Adobe, Mozilla and Twitter

While pursuing his engineering, Prajyot felt the need for a technical ecosystem which was lacking in and around Goa. Meanwhile, his love for DOS continued [and so does his unusual way of opening a calculator on a Windows desktop: by typing in at the command prompt!] He worked on a lot of projects, mostly in C, and kept trying multiple hacks around Windows functionalities, and its appearance.

Though still not very sure, Prajyot started his own company while in his second year of college; where he had taken website design and development projects. He soon realized that he might not be excited to do that for long. In his final year of college, he was clear about not taking up a job even after getting placed in an MNC.

Developing the developers’ ecosystem in Goa

Prajyot recalls a session on Android in Goa, where almost everyone left before the talk could get over. That’s when he set about changing the culture and attitude of people towards technology, and Android in particular. He attended YourStory’s flagship event TechSparks in Pune, in 2012, and could see the need to transfer knowledge by ‘building a community’ in his hometown. He says,

People were talking innovation, exchanging innovation, sharing their journeys, something I had not witnessed earlier. When I correlated this to Goa, I saw it was not happening.

He remembers his very first offline meet-up; attended by only five people. He founded Androcid Media in 2012, in Goa. He poured in all his earnings from building websites, and his father provided him the place to operate the startup. Androcid publishes everything that is related to Android across the globe; and also allows developers to showcase their apps on the platform. He recalls,

Nobody believes that there are people working on tech and Android in Goa. Today, developers in Goa have a platform to interact with, and learn from.

The developers community meets regularly, and apart from online support, Androcid organizes two conferences as well – Nitrodroid (Goa) and Droidsync (Mumbai). Prajyot doesn’t see these events merely as places to exchange cards but share knowledge, talk entrepreneurship and innovation; similar to what happens in Bangalore, Pune and other tech hubs across the country.

Prajyot’s parents have always supported him in his endeavours: whether it was starting a company in his college days, or his decision to reject the job offer, or starting Androcid at a later stage. He is a self motivated man and believes in never giving up. He recalls a dialogue from a Bollywood movie called Rocket Singh - ‘Risk to Spiderman ko bhi lena padta hai’ (even Spiderman has to take a risk). He believes in staying humble and thankful and says,

When you reach the top, never forget those people whom you met while climbing the stairs of success.

Till date, Prajyot has spoken in 200+ talks, mostly on android and mobile apps. Technology means life for him, and with the community he is building, you might well go to Goa next time for technology and tourism, both!

We are here to solve a problem, share our knowledge, and be driven by our passion. Let’s not lose these.