‘All of us have spent too much time discussing social issues over chai, it’s time to do something’ – Atish Rathi, WHAT Club 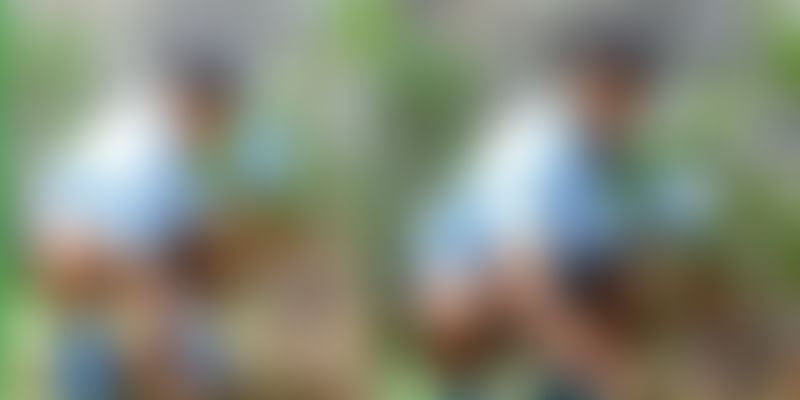 I say Pullela Gopichand, and you say….Badminton, I assume. What if we said ‘planting saplings’? Yes, that’s right. A group of young men have managed to take this maestro off the court and take up the Grow Green Challenge, the green (and more sensible) brother of the Ice/Rice Bucket Challenges doing the rounds. He participated in Grow Green Challenge and planted 15 saplings at his academy, Pullela Gopichand Academy in Gachibowli.

Speaking on the occasion, he told the WHAT team that he will see to it that all the saplings will be properly maintained at his academy. Top shuttler, P.V Sindhu also joined in and planted a sapling.

The challenge is open to every single person. The best part about a challenge is that you can do it, anytime, anywhere. Plant a sapling, nominate others, and well if you want to, click a picture!

The Grow Green Challenge is one of the many initiatives that WHAT (We Help All Those) Club, a social enterprise founded by a few IT professionals in Hyderabad in 2013 is engaged in to bring about positive changes in society. “We all felt that we do enough of discussions on problems in our society with our friends over tea, but now it’s time to take some responsibility and action”, says Aatish Rathi, one of the founders of WHAT Club.

Stumped in a good way

Aatish also felt that there are many people who have the intention to do their bit for society but aren’t sure where to start, who and how to help. This was the genesis of WHAT Club – to form a group that would start making a difference, one initiative at a time.

Not expecting much, Aatish says that the team was astounded by the response. “We didn’t expect we would get such an awesome response. Just through network of friends and office colleagues, this club started growing taking more responsibilities together.” WHAT club has grown to 300 members now.

In its 2 year journey, WHAT Club has taken many initiatives across different sectors such as environment, education, health, empowerment, social awareness and has performed 100+ activities. Many working professionals are joining hands with WHAT club to bring about a change in society. The club and its members have carried out various workshops for under privileged children. These workshops talk about career options, the issue of child marriage, coping up with adolescence, health and hygiene, etc.

After doing thorough background checks, the team gives financial assistance for the treatment of the poor. The club is now contributing monetarily to help some meritorious students from the low income group communities. WHAT club has also distributed around 300 kits in government schools at Dubbak of Medak district in Telangana.

Aatish adds, “Our weekend teaching activities at orphanages/government schools have also shown remarkable results.” On the occasion of Independence Day, the team went to Maurthi Orphanage in Miyapur (Hyderabad) and organised chart paper sketching competition (on the theme “India”), meditation session, and inspirational stories were narrated to the children by the WHAT Club volunteers. Recently, the team went to the Amma Odi orphanage in Boduppal (Hyderabad) to distribute blankets and bed-sheets. This shelter home is giving shelter to 30 kids and is run by a dancer, Mohan. The team has also been able to spread awareness with Nukkad Naataks, walks for a cause, cleanliness drives, etc.

The ongoing Grow Green Challenge has reached 300 saplings. Aatish adds, “We are also trying to approach few celebrities, more sports achievers, ministers, entrepreneurs to take up this challenge so that the word can spread it could be spread more. Already IT Minister of Telangana, Mr. KT Rama Rao, Olympic medalist Gagan Narang have supported our initiative over Facebook.”

Speaking about getting celebrities on board, he tells us,

We approached them directly with our concept and requested them to be part of this noble cause as their participation can inspire many of their fans/followers also for the same. And most of them agreed on the first request itself. Few days back I got the chance to talk to Harvir Uncle (Saina Nehwal’s father) and he himself being an agricultural scientist really encouraged our idea and assured us of his and Saina’s support for the same.

Aatish says that there are quite a few road bumps. “The verification process for the cases we take up for financial help is a tough one. We have to make sure that each and every penny which our members have contributed should be utilised for only genuine causes where actually the need is there.” The second challenge is one that is faced by all organizations, he says, “Keeping the volunteers motivated and providing them various options through which they can contribute to this society as per their expertise and interest.”

Be the change you want to see

Aatish says that he’s not thought about the concrete path that will shape WHAT club. He hopes that in five years WHAT Club will become a platform for more and more people across India to become positive change agents in society. “The dream is to live a life with purpose, to be a part of creating a better and happy world”, he signs off.