An ambulance, a data centre and a 1000 member team behind the $300M Big Billion Days 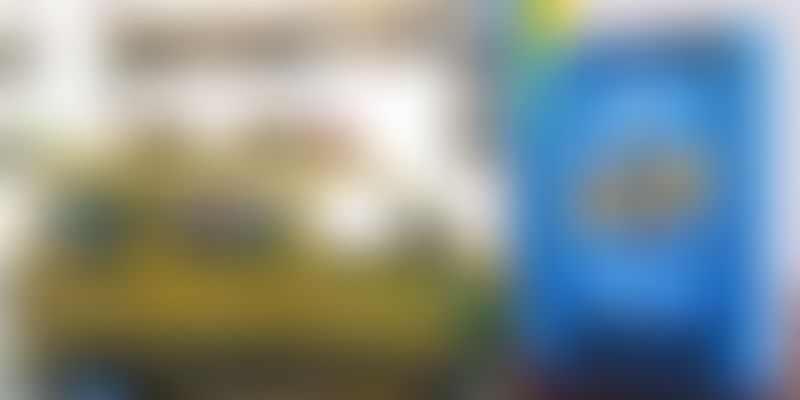 Before InMobi came in, Cessna Business Park in Bengaluru was home to only multinationals like Cisco, LG and a boutique hotel Aloft. But things have changed over the last few months. Flipkart had announced the opening of a unique office inside the Special Economic Zone.

An unusual welcome greeted the visitors for the last few days. An ambulance was parked beside the entrance, probably on account of the unusual working hours owing to the Big Billion Days sale. Unique in many ways, Flipkart has undoubtedly built one of the most creative office spaces. The building employs more than 1,000 product and engineering team members of the e-commerce giant, and almost half of them stayed overnight for the last week. When I visited, there was peace and calm, certainly not what you would expect on this special Saturday. After all, it was the fifth day of Big Billion Days, and there was one more day to go for the largest e-commerce sale in India to end. And with Amazon and Snapdeal scheduling their sale at the same time, this just got bigger. The numbers garnered by all three players over the last week are massive. But equally amazing are the engineering teams that supported the massive influx of traffic without much crashes/down time.

When Peeyush Ranjan, Chief Technology Officer and Head of Engineering; Punit Soni, Chief Product Officer and Ankit Nagori, Chief Business Officer, Flipkart, entered the meeting room, one could sense a layer of tiredness looming under the excitement of selling half a million phones in 10 hours only a couple of days ago. The trio had managed to sleep for an average total of less than 15 hours in the last five days.

Peeyush was proud of the infrastructure(new servers and networks) built over the last few months at Flipkart which could support as much as 15 times the usual traffic on website and app. Some of the major updates made to the app before the sale include:

There was emphasis on the app experience being uniform across all the varieties of smartphones.

“From supply chain to customer service, mobile app to Ping, data centres to the core infrastructure, and security, we had to change everything in the architecture over the last year. This is probably the biggest technological transformation I’ve ever seen in any company.”

A total of six weeks of dedicated time went in to handle the second edition of Big Billion Days, but this will not be the case going forward. Peeyush says, “Ideally, we are building capabilities to an extent that the sale happens with ease and without much dedication of resource utilisation.”

Most of the team including Punit and Peeyush weren’t a part of Flipkart at the time of last BBD which faced some major issues owing of lack of infrastructure support to handle the scale of the event. Eventually, an apology letter was sent to the customers on behalf of the co-founders Sachin Bansal and Binny Bansal.

The approach and the challenges

“When you’re building a Boeing 747, you will test for all unexpected things. The last thing you want is to have issues with taking off or in-flight glitches. That’s the approach we took and hence fixed a lot of issues almost two to three weeks before the sale kicked off.”

Even with the above approach, following challenges kept the engineering team busy:

The company had extended its supply chain network with new warehouses and delivery centres, and had built products which would automatically plan and forecast things.

Products that made this year’s Big Billion Days bigger:

There were about 85 new products launched in the last quarter and 200 in the last seven months. Punit believes that all this is flywheel of incremental innovation.

India’s e-commerce market size will touch USD 16 billion by end of 2015. It’s interesting to note that together, Flipkart and its fashion-focused Myntra unit have a 60 per cent market share of Daily Active Users (DAU) out of India’s top six Android e-commerce apps. The following comment by Puneet summarizes the impact of Big Billion Days:

“It’s a statement that if you want to serve the Indian e-commerce market, majority of which will not use their laptops/desktops, you’ve to take the mobile-focused approach and we did it. We held the largest e-commerce sale in India on a 10 MB app and did it well.”

He adds,“We have arrived. This is one of the serious shots in being a world-class product tech company and India’s answer to the world.”

Some of the key figures from the sale are:

Ankit mentioned that hundred new millionaires (sellers) were made in this sale.

“This time we had Myntra participating in the sale and others participated in a quasi manner. Next year onward, we are planning to have an open sale, more of an e-commerce sale with 30 to 40 small e-commerce players coming together.”

Stay tuned for more updates on technology behind the e-commerce powerhouses of India.