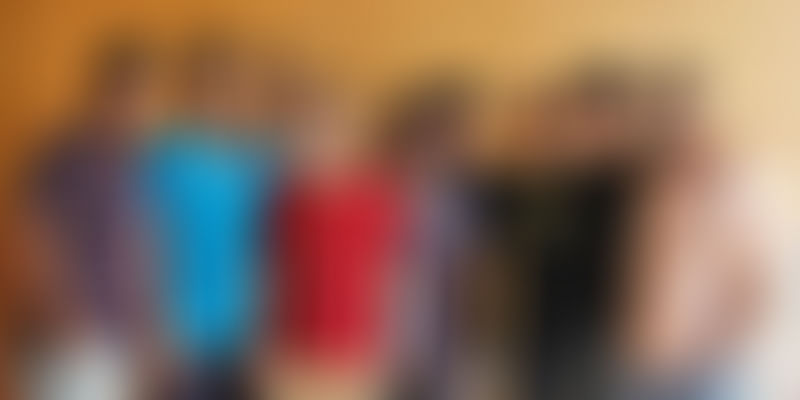 With Cityflo, Mumbaikars have been saying bye-bye to sweaty, overcrowded public transport and embracing luxury at no extra cost.

Jerin Venad, an IIT-Bombay graduate who was working at Ernst & Young, was tired of listening to his co-workers complain about the Mumbai local transport services.

“Commute is a problem that affects millions of lives daily. I had a two-hour commute to work at my previous job. I would reach home exhausted and fall asleep immediately, only to wake up and repeat the process the next day. And this was the case with almost everyone I knew,” says Jerin.

While taking a cab was rather expensive if office-goerswere to use it twice everyday, not many people had much of a choice but to do that. The economics involved in taking a cab brought Jerin and his other IITian friends together to think of the next best option – making private AC mini buses ply on public-transport routes.

Jerin quit his E&Y job earlier this year and started working on validating his idea. He spoke to people about the problems they faced in commuting to their workplaces, and the idea resonated with most of them.

Advitiya Sharma, Co-founder of Housing.com, is mentoring this Powai-based startup. This is the second startup after HandyHome that he is mentoring formally. (Read more about HandyHome here.)

“Just like problems in real estate, problems in the bus travel space are universal. This universality and the fact that there has been no innovation in this sector for a long time is what interested me,” says Advitiya.

Considering this is a new concept, and there is no archive of data available to use, the next obvious question is how the team decided the routes.

Jerin says, “Google Maps is a great source of traffic data. Also, we consider locations of high density, corporate hubs and residential areas while deciding to introduce a route. We focus on areas that have an acute transportation problem but we are also receptive to route suggestions by users who have signed up on our app.”

How does Cityflo work?

When Jerin explained to me how Cityflo worked, the first thought that came to my mind was that he was trying to do exactly what Phanindra Sama did with redBus, except that this is on an intra-city level.

Ticket-booking is a quick three-step process: select route -> select time -> book ride. Since the route doesn't change everyday for a customer, they also have a 'Recent Ride' feature, which makes it even faster for regular users.

Private bus owners, on their own, do not have too many routes within the city. Most that do ply intra-city are usually company buses for employees. Cityflo helps bus owners utilise their buses more efficiently by running multiple routes during the day. Unlike for longer trips, customers are not restricted to a single private bus company.

The startup has currently tied up with 10 bus operators in Mumbai, a number that Jerin says is increasing rapidly every week.

Cityflo as an online travel agent

The Indian travel and tourism market is a USD 42-billion industry, and will be growing at a CAGR of 10.2 per cent over the next 10 years. Online travel agents (OTA) account for 17.5 per cent of total gross bookings.

In this context Cityflo functions like an OTA and competes with platforms like redBus, iBibo, cleartrip, makemytrip etc, but in the intra-city bus bookings there are four other players in the country: rBus, another competitor from Mumbai; and two Gurgaon-based startups - Shuttl and Zipgo. Also Ola, the cab aggregator, recently entered into the bus space with Ola Shuttle.

Tickets on Cityflo cost about Rs three per km, with an average ticket size of Rs 60 per commute booked. These prices are the same as the AC bus fares on Brihanmumbai Electric Supply and Transport (BEST) local city buses. The platform sees an average of about 1,800 seat booking transactions on a daily basis.

According to Jerin, this currently bootstrapped company is getting a lot of inbound interest from large investors in the ecosystem. They will be closing their first round of funding in the coming weeks.