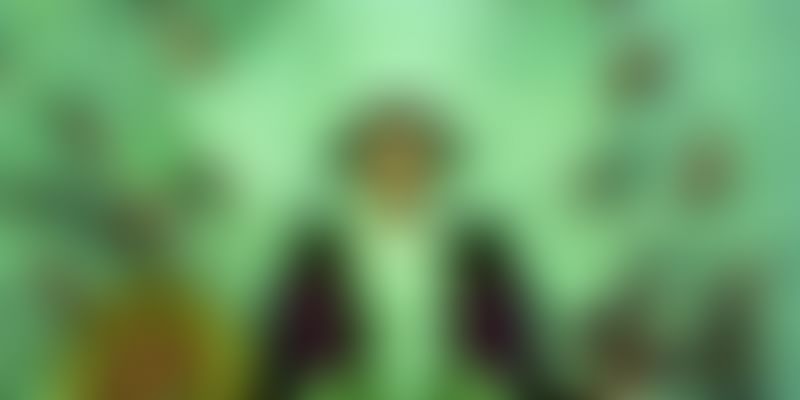 Preservation, the essential theme of the Devi Durga lore, is this year the driving concept for the annual festivities as organisers of the various pujas adopt green methods for building shamianas and explore techniques for reducing their carbon footprint. As the friendly neighbourhood puja now concentrates on also being eco-friendly, it has taken on the challenge to keep at bay such harmful forces as plastic materials, synthetic paints and anything that is not biodegradable.

The D-Block Durga Puja in the south Delhi locality of CR Park proudly proclaims that it has “continued with tradition of constructing a completely eco-friendly pandal for the last 18 years”. Debajyoti Basuroy, one of those volunteering for the organisation committee, says, “We have replaced plastic decorations with recycled mesh paper decorations. We consciously try to avoid thermocol and metal and instead use biodegradable materials such as hay, clay pots, jute, etc”. Another volunteer, Anshuman Sengupta, points to the initiative the D-Block Puja is taking to save paper.

“We have converted 80 per cent of all our creatives, print advertisements, commercials and publicity prints to digital media by using LED/LCD screens. This way, we have reduced our carbon footprint considerably”, he says. “These initiatives are in keeping with the spirit of Durga Puja. The festival symbolises the triumph of good over evil and we are here trying to respect the goodness of nature and be environmentally responsible”, adds Sengupta. Puja pandals are offering free wifi to the visitors by making it a wifi zone.

In east Delhi, Vasundhra Enclave Durga Puja which completes 25 years this year has installed free wifi zone for the visitors along with special focus to eco-friendly idols and pandals. A much talked about step towards sparing water bodies the tide of inevitable pollutants that accompany an immersion was CR Park’s B Block construction of a tank on the Puja ground itself for the ritual of ‘Bisharjan’,or bidding adieu to the Goddess for another year. The organisers of the B-Block puja hosted a group of volunteers from ‘Friends of Yamuna’ (FoY) who visited their pandal, or puja shamiana, a few days back and spoke about how the Durga Puja can be made a greener affair.

They (FoY) suggested and proposed ways of switching over from the traditional methods to more environment friendly practices. Our committee has always supported the idea of a Green Puja. “Our idol is made of clay and instead of using synthetic paints we use natural dyes. We only use biodegradable material and also conduct immersion in the ground itself. We will definitely try and incorporate what FoY told us and try our level best to make Delhi a greener place”, says organisers on their Facebook page.

Looking to ensure that senior citizens are involved fully in the festivities, some of these pujas have organised special events and facilities for them. Thus, while D-Block Puja is holding a painting competition for senior citizens, the Cooperative Durga Puja has arranged for a free e-rickshaw shuttle service for elderly people in and around CR Park for visiting their puja. The effort to involve the community takes on several different forms. Thus, all the local pujas in the CR Park area organise quizzes, photography contests and a whole lot besides to ramp up the puja bonhomie and celebrate its cultural facets.

Meanwhile, pushing the novelty quotient up this year, are a set of youngsters who have styled themselves as the Team D Film Production crew. They have shot as shared on YouTube two short films on the D-Block Puja, CR Park. “These short films bring alive the myth and legend of Goddess Durga and her family in the flavour of the modern Bengali household”, says Basuroy, adding that together the two clips have received over 1,500 hits.

With Durga puja now barely a few days away, the buzz grows louder in CR Park and the excitement is palpable in the air, says Sengupta of the D-Block Puja. But the idea is not mere merry making. “With the cooperation, sincere dedication of volunteers in our community and the blessings of the Goddess, we aspire to create great value in society this year,” say volunteers of D-Block.