Five ways in which the internet has been saving the world 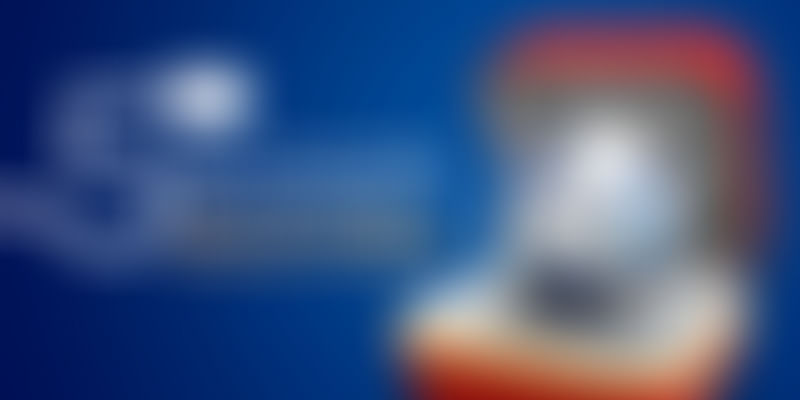 Abandoned puppies have found families, estranged women have found new purposes in life – not by tapping on windows and knocking on doors. Governments have fallen in Hong Kong and the Middle East, criminals roaming free have been dragged by their collars back to where they belong – but not necessarily by civil wars and uprisings. In the age of the internet, here are the ways in which an enraged citizen is being enlightened and eventually, empowered to become an agent of social change.

1. What Rang De Basanti started, and bloggers saw through:

One of the earliest instances of media-inspired-activism also happens to be the first few times the internet helped a cause garner the public ire it deserves. After the film Rang De Basanti almost doubled up as a textbook for citizens looking for a way to voice their discontent over prevailing state of affairs. It is speculated by many analysts with good reason that the film inspired the furor over the convict in the Jessica Lal murder case, Manu Sharma, getting acquitted in February 2006. Analyst Meghana Dillip observed that this verdict met with the most phenomenal response, when it comes to public outrage. While Rang De Basanti sparked the idea of conducting protest marches, Dilip believes blogs and bloggers played a major role in getting the word out. Such was the efficacy of their messages propagated, that nearly 2,500 students gathered at India Gate demanding that the ‘elite-brat’ Sharma be brought to justice. The case was re-opened following pressure, and December 2006 saw the guilty duly sent behind bars for life.

2. Change.org at the heart of real change:

The year 2007 saw a 32-year-old Law School dropout leveraging the internet to empower laypersons to publically shame miscreants – be it politicians, the judiciary, corporate or individuals – and bring their mischief to consequence. How he did so, was with a website where one could create online petitions and request people to ‘sign’ them. The more the signatures, the more the discourse around the cause – and in the most ideal cases, the pressure reaches the concerned authority who is in the position to right his wrong, and has no choice but to relent. Today, Change.org has 120 million users, and claims that one petition encounters a victory every hour. Their recent highlights were FIBA reversing the ban on turbans during Basketball matches, Uber mandating a seven year background check, Chief Minister of Karnataka, Siddaramaiah, initiating the action for the cleaning up of the Bellandur Lake, the lake in Bangalore that caught fire due to an excessive amount of biochemichals being dumped into it by nearby factories. But the most heartening fact here is that more often than not, the number of signatures hardly matters. Petitions that have received both 20,000 as well as 2,00,000 signatures have managed to resound clarion calls for action.

3. Making the good old people of the internet chip in:My first tryst with concept of crowdfunding happened to be on the iconic TV series, Breaking Bad. The anti-hero protagonist Walter White was struggling to make ends meet anyway, when he was diagnosed with lung cancer. His son started a website, savewalterwhite.com – which that genius of a show has actually kept live till date to administer a nostalgia attack to its die-hard fans – inviting the world to donate in small denominations to finance his treatment. My thought process about this that began as a ‘why would anyone do this?’ turned into a ‘why not?’ in no time. I soon discovered that in the USA, crowdfunding is the second most popular way of raising money for individuals, causes, as well as organisations in general. Piyush Jain, Founder and CEO of Impact Guru, an online crowdfunding platform for non-profits, in fact structured his venture based on the case study of the success stories of Kickstarter and Gofundme.com, which sprung up around 2009 and 2010. In India, most organisations still rely on door-to-door donation drives or call-centre operations, and these bulky operations entail significant expenditures. As a result, 35–60 per cent of the money collated might be absorbed in covering these costs, which can be contained by shifting the campaign online. A hosting company like Impact Guru sets up your donation drive for you, and even takes charge of spreading the word on social media, in exchange for a five to ten per cent commission. The success rates of such organisations are astounding. Impact Guru has already raised Rs 5 lakh in the six weeks since its inception for its various non-profit clients. Organisations on similar lines like Ketto raised five lakh for a non-profit organisation called Kranti, which supports daughters of sex-workers, when they were evicted from their homes and needed funds urgently to find a new one. They met their Rs 3 lakh target in less than a week, thanks to a utopian amalgamation of their sincerity, social media buzz, and some prominent people on the internet championing their cause. In fact, four or five American organisations reported to have raised upwards of 500 million dollars in short whiles, last year.

4. The chills we got with the success of the ALS campaign

The concept of virality has gone viral, as every day on the internet witnesses anything from the colour of a dress to an acceptance speech to water being found on a planet, becoming the centre of heated debates. The fact that all three are put on the same pedestal and invoke equal dialog is precisely the beauty of the internet – that it is an equalizer of – and finds you a mob of takers for just about anything. Social causes have not been taking this characteristic of the internet lightly. Realising that anything that human interest tales and causes tend to strike a chord with the masses, many activists learned to package their messages in a more engaging manner, and simply let the internet take care of the rest. The ALS Ice Bucket challenge is the epitome of this – its end message was to raise money, bug how it convinced audiences to do so is the lesson worth taking note of for marketing experts. People posting videos of pouring buckets of ice cold water on them were interesting enough to click on, watch and share, and the awareness spread. Not everyone who viewed the video undertook the challenge or donated money themselves, but they contributed in their own little way by sharing it liking. The result: 150 million dollars were raised towards research for combating ALS.

5. Rewarding people for their virtual space and time

While 75 per cent of individuals are avid givers in USA and 65 per cent in the UK, only 26 per cent in India are interested in charity. As mentioned previously, not everybody who saw an ice bucket challenge video necessarily followed through. But many organisations have now been incentivising people for simply granting their time and space on social media. In simpler terms, even if you aren’t in the position to make a financial contribution, you may simply help in raising awareness by liking and sharing a message or call for action. The ways in which the benefits get transferred to a cause of NGO are myriad. Impact Guru does it through its initiative ‘SMILE,’ wherein when a particular post crosses 500 shares, they slash their commission rate from 10 to 5 per cent. Conversely, many corporates host campaigns where they decide to donate a certain amount to the cause they are championing, per like or share received.