‘Education and holistic development are the weapon against all social evil’ – Raashi Aanand, Founder, Lakshyam 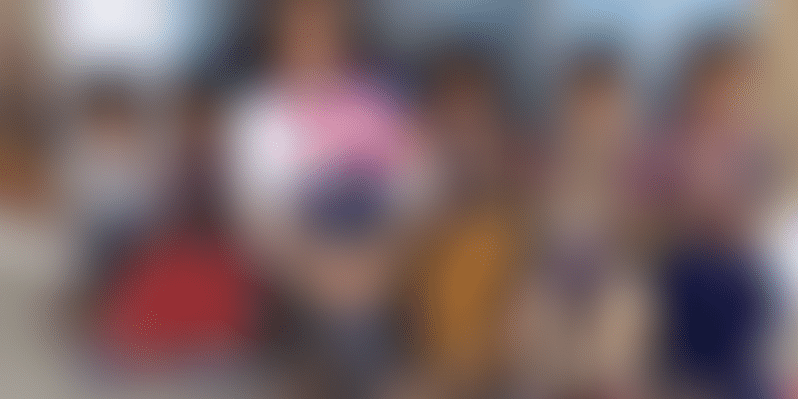 I never imagined I would be walking my mother’s steps, but here I am,” says Raashi Aanand, Founder, Lakshyam, an NGO dedicated to the welfare of underserved communities.

Raashi grew up watching her mother, a social server and activist herself, who devoted her life to making lives of underprivileged sections better. Raashi closely saw how cruel life was for some sections of the society and the huge parity between different strata, and somewhere down the line, was drawn to walk the same path.

“I used to travel to college in autos and noticed unkempt kids with scraggy hair, circling around every vehicle at the red light, and when the light showed green, they would cluster and play with plastic bottles.” Raashi would see this depravity every day and decided to collect used toys from door to door and distribute them amongst these kids. As Raashi got more involved, she founded ‘Lakshyam,’ an NGO.‘Lakshya’ is the name of her mother’s organisation back at Ranchi (where Raashi grew up). “Since she is my role model and my guide, I named my organisation, ‘Lakshyam’. However, I also believe that no other word could define my word better. Lakshya – goal. For me, it is a symbol of eternal struggle and strive for a better world. A goal forever,” says Raashi.

Raashi surveyed many bastis in Delhi to find out what are the problems of people from Bottom of the Pyramid (BoP) communities.

Children and women in focus

Under child development programmes, Lakshyam has initiated two holistic endeavors aimed at achieving emotional as well as educational development of a child.

Butterfly: Butterfly was born with the aim of providing wholesome education to children, which does not only cover the academic front, but healthcare and sanitation as well. The title ‘Butterfly’ symbolises freedom with the wings of a butterfly and hence relates education with freedom of living. Raashi says that for the team, the understanding of the word ‘education’ is a wholesome view of raising standards of life in every possible aspect. Education covers knowledge about healthcare, water, sanitation, academics, and about life. In addition to these, activities such as paintings, music, dance, acting, meditation, etc., are included. Professional teachers teach any child who wishes to learn a certain art form. Lakshyam has since built remedial schools in the in-formally adopted bastis where kids are provided remedial education that helped fill the gaps in their formal education at schools and organises various workshops and classes wherein kids are taught of ways to make their and their families’ lifestyle healthier and safer.

Toy library – Lakshyam opened India’s first ever toy library in Delhi in the year 2004. Toys lay down the foundation of every kid’s childhood; some children lacked the very essence of it. This lack of emotional attachment and support was what caught Raashi’s eye and led her to taking her first step towards Lakshyam. The toy library turned out to be a huge success and is now a part of every Lakshyam centre.

Rooh – Lakshyam’s women empowerment programme teaches women different marketable skills, providing them workshops for health and hygiene, and teaching them ways to protect their interests and rights in a male dominant, backward society.

Lakshyam’s newest initiative, ‘Abhyaas’ has a two-fold purpose of recycling waste paper and distributing free-of-cost notebooks amongst the kids at Lakshyam’s schools.

The collective impact of all these programmes has been phenomenal. Lakshyam has touched a total of 20,800 lives across the country.

Lakshyam is operational in 11 states in India with its head office in Delhi, Kaushambi. Each centre has its own head of operations who manages the show for that centre and executes plans as per Raashi’s guidance and directions.

The organisation functions on individual funding. As of now, they do not receive funds from any corporate organisations or government bodies. The salaries of the employees are a part of running cost budget. Raashi says that they operate on low budget and it is extremely hard to fit in all initiatives with such small funds. She adds, “In addition, undergoing heavy promotional activities takes a lot of funds, which sometimes leads to lower results as well.”

The team now is 15 employees strong who work on making Lakshyam a success. There are six board members who are in the advisory board and help in operations and decision-making. Raashi says, “My team is the sole reason why Lakshyam stands where it is.”Lakshyam has a strong base of the organisation it collaborates with. Manford, Ashoka Changemakers, Safe Express, Juvalia & You, Crafusion, Hang out, IIT Delhi, Old Aberdeen Gift Store, eBay, Book Ur Dream Store, iVoluteers, and CAF are the organisations Lakshyam is associated with.

In 2015, Lakshyam received an award for ‘Outstanding Performance in the Field of Social Work’ at Shaksiyat Awards 2015. In 2014, UTV Bindaas ‘B for Change’ awards felicitated four changemakers of India, one of them being Raashi. In the same year, Raashi won the ‘Women of Vision’ awards at the GTM Holistic Awards. In 2013, Navaratan Foundation awarded the ‘Nari Shashatikaran Award’ for the Youngest Social Worker. Entrepreneur India Summit 2013 (Asia based) awarded her with the ‘Social Entrepreneur of the Year’. In 2012, BBC covered Lakshyam. These are just some of the awards Lakshyam and Raashi have been conferred with.

Raashi believes that when it comes to the field of social work, the first and utmost difficulty faced is convincing parents about the concept of education. Having never been introduced to the benefits of education, most families tend to show a headstrong resistance towards sending children to school. This lack of faith ends in the child being lesser motivated to work his/her way to a school.

Raashi shares her dreams, “My big dream, is to see the world as I envision it. I do not wish to fight for women empowerment or child welfare, in fact, I wish to fight for a world where every being is equipped with the right weapon to tackle their problems. That weapon, I believe, is education and holistic development. From sex discrimination to terrorism, education single handedly solves most misconceptions that lead to these social disasters.”