Raped by her uncle and nearly sold by her mother, Pinky Sheikh soldiers on 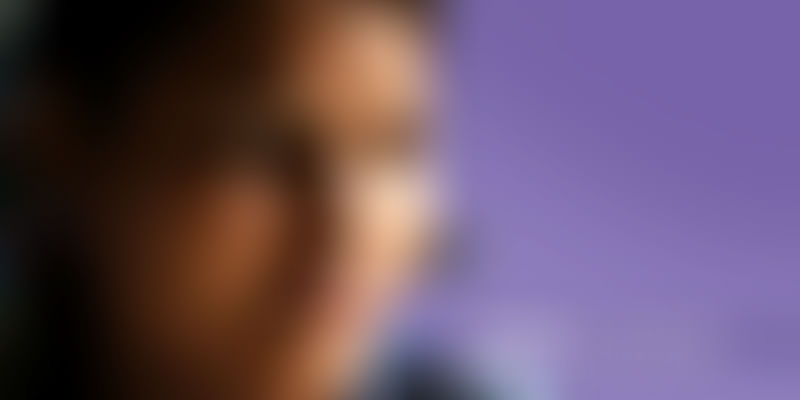 Pinky walks into the Kranti headquarters of all things cool. I had remembered her with locks that could shatter mirrors like Chandramukhi from a while ago, yet, here she was, in a pixie haircut, with jaggedly sharp tufts of hair that refuse to alienate their strict form, as if to give her a sense of solidity and determination. She looks at me and decides I am worthy of her smile – a smile I feel only the luckiest and strongest blokes should be afforded- for it can cause a colossal carnage of hearts.

Kranti is home for her. Although not this particular house – this is their fourth, since she joined Kranti five years ago. But by now, she is used to the drill. A landlord loses his screws, calls them nasty names that no respectable man would use. Heck, no respectable man I know would even think that way about a woman. But, history keeps repeating itself and they always find themselves at the mercy of narrow-minded misogynists. So, yes, this Santacruz space might not be home for her. But Kranti; everything it stands for; the Kranti state of mind. That sure is the closest thing to a home, for her.

She meets her roommate, Shradha, who had just returned from her trek to Manali. They have a DDLJ-

style reunion, for they had been apart a whole week. Pinky nestles her head into her lap. And as they look at the pictures of the trek together, they start performing a clinically perfect post-mortem of the trip to figure out which of the boys hitting on Shradha is going to come around for a second date, while mentally awarding scores on 10 to all the (admittedly cute) prospects. They would have continued this little game right into the morning, had they not realised that I was lurking around eavesdropping. I don’t blame them; it was not even like I interrupted. Truth is that I had forgotten that I had come there to document a story of pain, struggle, hardships… After all, what I had observed up to that point was an image of consummate normalcy; happiness even.But alas, there was a story there. But it wasn’t just one of predicament; it was also a story of victory. Here’s the heartbreaking tale she said preceded her, and how she made it to this point where she could talk to me about it without crumbling inside. This, is Her Story.

“I was born in Calcutta. My mom was and still is a sex worker. I don’t travel to Calcutta often because I don’t want to. I don’t want to meet my family. I’m very frustrated with them. Mom travels there often to look after my uncle aunt, grandma, and grandpa.

When I lived there, we had a little space in the slum above Park Circus – it wasn’t a proper home. There was never enough to eat, my father also passed away. When I was six years old there, I would pick things out of the trash; sell whatever I found to make whatever money I could manage to feed my family.

My mom left for Bombay thinking she would earn more money there, and she had left me brother and me back in Calcutta.

In the slum, we would go to the railway tracks nearby to defecate. I used to have a terrible ear defect, where my ears would constantly be infected, itchy, and painful. This one night, I went up there as usual to do my business. A train was raring down those tracks, and I couldn’t hear a thing. My brother, who happened to be around, saw what was about to happen, and yelled out to me to wrap up! I didn’t hear that either. He ran up to me, gave me one tight slap that caused my ear drum to split, and lifted me just in time.

That was also the phase when mom hadn’t come to visit us for years. We decided we were done waiting, and planned to go to Bombay ourselves to meet her. But what were the odds – she showed up that very morning!

We followed mom to Bombay though, and moved to the red-light district in Grant Road, when I was 12 years old. I didn’t live in the red-light area for too long, my mom wouldn’t let me live there.

I started living in an NGO almost immediately because there was no space at home. She would go away every night, and I would go to night school.

Now, there are definitely some notions I want to clear for my mom. If she’s doing anything, it’s her right, you are no one to disrupt her work or torture her.

I had many hopes, but I was never a fan of studying. My brother was rather supportive. It was from him that I learnt all my English. I came here and told my brother that I want to become something.

Upon learning that I had these ambitions, he came back one day with information about Kranti. My mum and I met Robin di (term of endearment, meaning sister) later. I was wearing this yellow kurti, and had long hair. She yelled, ‘How cute you look!’

Thus, I joined Kranti. And this time, when I joined Kranti – I decided not to tell my mom what our address is. I only visit my mom myself once every six months.

Because I am scared my mom would sell me. I am really scared, in fact.

After all, I know what it feels like to be in that situation. Four years ago, when I was only 14, my father’s brother raped me. I got pregnant, started developing a baby bump and finally had to tell people so I could get an abortion. When I told my father, he beat up this uncle sparing no holds, and ensured he goes to jail. That uncle not only went to jail, he is also dead now. He died a painful death of liver cancer.

Even though he is dead, it was a while until I got closure. I kept thinking, why did this happen to me only, why is god punishing ME? Did I do something wrong? I cut myself, drank to numb the pain. I had a mental health problem – but at Kranti I met a therapist and I have been feeling much better.

But the society never lets us forget what our backgrounds are. When we stayed in Kandivali, we’d wear shorts or dresses, and they would call us names like randi, randi ki bachchi, saying things like ‘we know what you are’ and ‘what you do,’ ‘Get out of here!’ They knew we were daughters of sex workers, so they would judge us the same way too. Even the men here, in our new area tell us – why do you wear shorts, are you from a dance bar? I just go, ‘Hey you! Mind your own business. I will wear whatever I want. It is my body, and I think I look stunning in what I wear.’

Living with kranti, I am grateful and I feel powerful. I can’t believe this is my fifth year. I have dyslexia, so I would keep failing school. I did my best, but I would keep failing regardless. I am still trying though. I want to become a counsellor for animals – I love animals. Maybe a singer and a dancer too.

When I go to my therapist, I ask her questions about what she does and how she does it, too! I see how her eyes move, how she sits, how she talks. She taught me how I shouldn’t judge my clients, and listen to them sympathetically; to just give them positive energy.”

She has already been spreading her positivity in the Kranti house. The cute girl in the yellow kurti filled the Kranti house with sunshine, as she sings to soothe, talks to entertain and smiles to melt your heart. I ask her how she manages to frolic all the time. She tells me, that she thinks, after all these years, that she might indeed have found happiness.