His grandfather was denied blood, and he's ensuring no one suffers the same fate 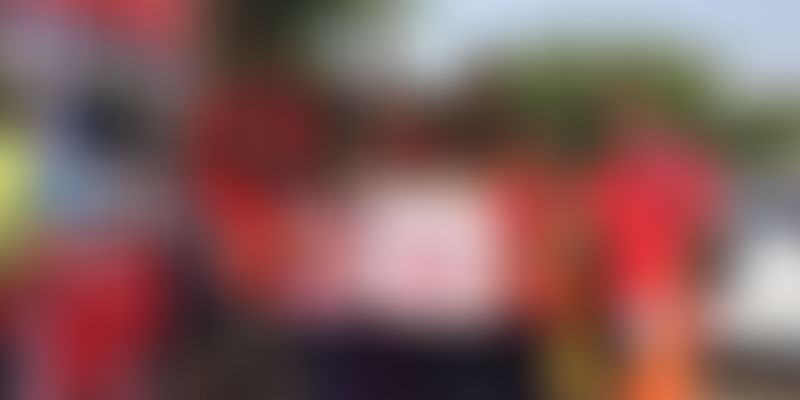 Kunal Saraff’s maternal grandfather was denied blood at a premier hospital in Kolkata, despite him being a registered donor. This led Kunal to start an NGO to make sure no one else suffers that fate. Born and brought in Kolkata, Kunal finished his bachelor’s in business management from Delhi. He set up his first venture in 2011 during his graduation.

The venture was named Saviour Publications based on the name of his grandmother, Savitri. When people typed Savi on the phone, the first word returned by dictionary was saviour, based on which he named the venture. Kunal says.

“It was in my third year when they did not have a prescribed book for Production and Operations Management. I along with some friends decided to write a book and we got it vetted by a teacher in Kolkata. I took last five years of question papers and wrote their answers. And the part of the syllabus which was not covered in the question papers, we covered it at the end of the book under the title rest of the book.”

Soon, the demand for his books increased. And people started asking for books on other subjects too. Kunal published books on two different subjects as well. They partnered with five distributers. The venture did not work for long time as they scaled too fast and had more work to do than they could handle.

In his final year Kunal developed an app, “No More Tension,” for old people. This app was divided into 24 categories and contained data from shopping to healthcare. As most of the old people do not use the internet and can’t remember the names of different websites according to their needs. The app was a one stop solution for them.

After finishing his graduation, Kunal went back to Kolkata and continued working on the app. While he was in Kolkata, his maternal grandfather broke his bone in a minor accident. The entire family rushed to the hospital. Despite being a premier hospital, he was denied blood. This incident left a mark on Kunal and he decided to start an NGO called Saviours to work in the field of emergency blood donation. Saviours was launched in August 2014 and the organisation was registered in October 2014.

Till May 2015 Saviours was based out of Kolkata and in May 2015 they decided to launch in Delhi as well. The organisation works on the army of volunteers from colleges. The students intern with the team and learn the processes. Once they go through the initial training they help people register with them. Once the data of the donors are collected and accepted, the interns mail them to confirm their registrations.

The database is vetted by multiple teams in the organisation and is finally given to the requests team. The requests team takes care of the emergency requests for blood and connects them to the donors in their area. Once the donors agree, they are connected to the receiver for blood donation.

Till date the Saviours have managed to arrange 500+ successful donor arrangements in all the cities. It operates completely virtually. At present, there are over 200 volunteers working with the team. And the core team is 60 people strong. Once an intern joins the team he works for a week to register new donors, and in the second week he helps train new interns after that if he is interested he joins the core team.

“We are on a mission to have a largest database of emergency blood donors, approximately having 100 registrations daily since May, 2015.” Kunal claims.

The blood problem in India

According to 2012 WHO report, India is facing a blood shortage of three million units every year. And more NGO’s will help plug this gap be it in terms of blood banks or even emergency services. The shelf-life of donated blood is 30–45 days.

“Blood camps are organised randomly. We cannot help much in that case, but yes during our awareness sessions we do warn the public to be sure enough before donating in a blood camp. Umpteen scams with regard to blood are still in process. During emergency, one normal blood unit is charged up to 6,000–25,000 depending upon the rarity of the group. We are trying to stop it through mass awareness.“ Kunal adds.

The NGO has a database of over 15,000 people and it is arranged by pincodes. Once they receive a request, the team matches it to the list of people in the given pincode and call up people to arrange a donation. If the list is exhausted they start looking at the other pincodes which are close to the location.

Why not the app way

On asking why didn’t they chose to go the app way and make an app which will automate the manual process. Kunal says,

“In case a person needs blood. No one apart from him will download the app, and the donor will also need to have the same app. And people do not keep apps one their phone which they do not use. No one will be waiting for others to call them. A phone call always works better. “

Kunal owes a huge part of the success of the Saviours to Manisha Jain, his teammate and VP at Saviours, who helped build the NGO. Kunal has written his journey in the form of a book – “How an iPhone made me the youngest billionaire” and is looking to make Saviours as the largest platform for emergency blood donation in India.

Click here to register to be an emergency blood donor.