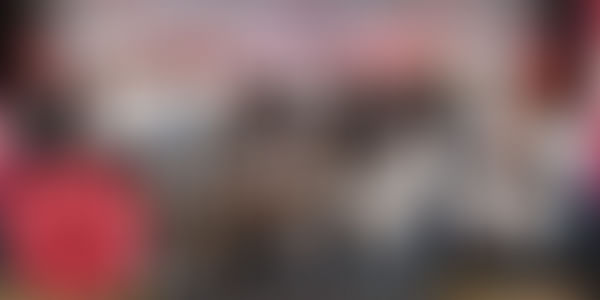 TechSparks is YourStory’s annual flagship event that started in 2010 when hardly anyone got excited by the word ‘startup’.

Times have changed and how.

Coffee shops across Indian cities are filled with young entrepreneurs pitching their startups. Correspondingly, the entire ecosystem has grown exponentially. From its humble beginnings, TechSparks has also grown massively and its sixth edition is going to be spread out across three days (October 29, 30, 31) with more than 3,000 attendees. Over the last five years, a total of 7,000 startups and innovators have applied to become a TechSpark company. Every year, we pick 30 companies.

In this post, we’re looking at some of the Tech30 startups that have made it big (apply to become a part of TechSparks 2015, applications open for the next 48 hours only). Here we go:

Capillary Technologies: Founded by IIT-Khargpur alumni Krishna Mehra and Aneesh Reddy in 2008, Capillary Technologies is a TechSparks 2011 company that represents a truly global product company from India. The Bengaluru-based cloud software solutions company helps retailers intelligently engage customers. The solution is being used by more than 100 major brands across 20 countries. In September 2015, it raised a Series C funding round of $45 million led by private equity firm Warburg Pincus. Capillary also made a formidable acquisition by gobbling up MartJack. Capillary Technologies is firmly placed in the technology retail space and has a long road ahead of itself.

Reverie Technologies: Founded by Arvind Pani, Vivek Pani, and S.K. Mohanty, Reverie Technologies provides regional language capabilities to organisations (manufacturers, gamers, and application developers, etc) for customer engagement. Reverie (Language as a Service Platform) raised a $4 million Series A round in August 2015 which gave it a big boost as it looks to extend its language platform to over 10,000 local language app developers over the next 12 to 18 months.

Heckyl Technologies: Heckyl is an analytical platform for investors, traders, and researchers. Founded in December 2010 by Mukund Mudras, Abhijit Vedak, Jaison Mathews, and Som Sagar, Heckyl aims to be a global leader in the space of information analytics for worldwide financial markets. The company last raised a $3.5 million round in 2013 and has been marching ahead in its domain.

Hotelogix: A Bengaluru-based company, Hotelogix came up with its technology powered ‘complete hospitality solutions’ back in 2011. The very next year, it raised $1.2 million from Accel Partners, Blume Ventures, and Mumbai Angels (it raised a follow up $1.8 million round). Founded by Aditya Sanghi. A global company from the outset, Hotelogix is being used by hotels in over 75 countries and the company has been silently tugging its way through the enterprise space away from the media spotlight.

Dexetra: Founded by Narayan Babu, Dexetra first came out of stealth at TechSparks back in 2011. Fuelled by funds and mentorship from Sequoia Capital, Qualcomm Ventures, and One97, Dexetra was a top-notch app development firm from India and it got acquired by US-based Quixey which is backed by China’s Alibaba. Quixey is like a ‘search engine for apps’ and Dexetra joined hands with the company to transform mobile search. The deal is estimated to be in the range of $10-15 million. (read Narayan’s testimonial)

Register for TechSparks 2 for 1 Ticket sale

We will be running a very limited number of TechSparks 2 for 1 tickets on sale. Tickets are currently priced at Rs 7950. This sale will allow you to buy 2 tickets for the price of 1. Tickets are limited to the first 150 people to redeem only and we'll run this offer just this one time. Register now to be the first one to be notified about this.

ChargeBee: Founded in Chennai in 2011, ChargeBee is a subscription and billing software company that was started by Krish Subramanian, KP Saravanan, Thiyagarajan T, and Rajaraman S. With solid product folks at the helm, the company raised an $800k round from Accel Partners before a $5 million Series A round from Tiger Global and Accel. Currently, ChargeBee processes over $100 million annually for their customers that include fast growing startups like Freshdesk, Kissflow, Soylent, and VinylMePlease.

CrowdFire (previously JustUnfollow): After a string of enterprise success stories in this list, CrowdFire is an example of a consumer Internet startup from India that has global traction. Started as JustUnfollow by Nichal Shetty to help users manage their Twitter followers, the company has transformed to become a social media marketing app for strategy and management. Five years and 10 million users hence, JustUnfollow renamed to CrowdFire and set itself up for the next round of growth with a much fuller product. Along the way, it also raised $2.5 million from Kalaari Capital.

Instamojo: Started from Mumbai by Sampad Swain, Instamojo provides a simple way for users or businesses to collect payments. It removes the hassles of needing a payment gateway or website, etc. Users can create a product page and they get a link to it which they can distribute and customers can buy. It raised a Series A round from Kalaari Capital to democratize payments and completed three years in September 2015.

LittleEyeLabs: This Bengaluru-based company started out building Performance Analysis and Monitoring Tools for Android developers. Co-founded by Kumar Rangarajan, the company started its journey with TechSparks and quietly climbed up the ladder with backing from GSF and VenturEast Tenet Fund till it hit global limelight when Facebook acquired them. It was the first Indian company to be acquired by Facebook and a big feat in the Indian startup ecosystem.

Coverfox: An online insurance firm started by Varun Dua, CoverFox is a bright startup from our 2014 batch. A consumer Internet company, it lets users compare, buy, and manage their insurances. Coverfox has raised more than $14 million in three rounds from the likes of Accel Partners, SAIF Partners, and Narayan Murthy’s Cataraman Ventures. The company has made up a lot of ground in the ‘auto insurance’ vertical and aims to increase penetration across the spectrum in the coming years.

Mad Street Den: A TechSparks 2013 company, Mad Street Den is an Artificial Intelligence & Computer Vision startup from Chennai founded by Ashwini Asokan and Anand Chandrasekaran. MSD offers AI and Computer Vision as a plug and play solution to businesses around the world via their cloud platform – the MADStack. The company is backed by Reservoir Investments’ Exfinity Fund and GrowX ventures with Rs 9 crores.

Are you ready for this year's startup carnival at TechSparks 2015? If you want to attend, get your ticket. If you want to pitch as a startup, apply here. More information about the event: http://techsparks.yourstory.com/2015/