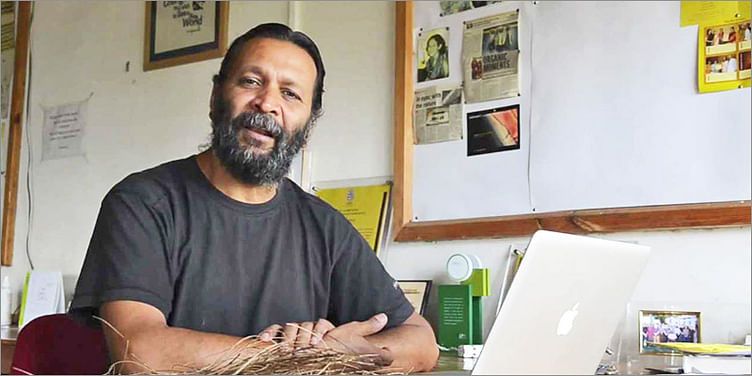 A couple that migrated to the Himalayas would gape in wonder at the lineage of golden-brown pine trees, each taller and more resplendent than the last, which created the most picturesque frame out the window in their new lives. And while they couldn’t believe how breath-taking the scene was at one moment, they couldn’t digest how heart-breaking the situation becomes at immediately the next, when the same pine needles triggered forest fires that destroyed livings and lives all the same, to a hair-raising extent.

Slightly east, in the state of Bihar, lived another boy who studied engineering from a premiere university. He was living out his prime in the situation that would be any millennial’s dream – with a high-paying job that he was not only good at but also loved, in New York city; but even a dazzling Times Square couldn’t shake off a disturbing image in the electrical engineer’s head – his own village back in India, completely in the dark, that continued to be deprived of electricity till that day.

The ironies in both the above cases were unsettling enough for these individuals to take matters into their own hands and initiate- rather, innovate – the change they wanted to see.

The Himalayan horror story with a happy ending:

Rajnish Jain and his wife lived at the OSHO commune and at a point, decided to move out and do something meaningful with their lives, back in 1996. As they settled in the Himalayas, they started getting under the skin of local day-to-day problems in the lives of the low-income villagers. While 85 per cent of villages in Uttarakhand have been granted access to the state electrical grid since 2005, the secluded hilly terrain had poor transmission infrastructure, and experienced frequent power outages, thus making that a very unreliable supply of electricity in the area.

Observing this dearth in the most rudimentary necessities of life in the 21st century, the couple decided to found AVANI, an organisation to provide solutions to various problems plaguing the community. They started off by electrifying 25 villages, with solar power. “But we felt the need to do things differently, because the government was sinking in a lot of money in solar and it wasn’t really working. We wanted to create something where people got the chance to participate personally as well as financially.”

Living in the middle of a forest which was full of pine trees, the couple observed that the fallen needles triggered off colossal forest fires and caused widespread loss of life and property. “Water, fodder, timber, herbs; all got destroyed. These were things that the village is heavily dependent on. We wanted to think of a way that these pine needles can be harnessed to create, rather than destroy. Using gasification –we came up with a technology that processed these pine needles to generate electricity. It was a spellbinding innovation; nobody believed we could do it.”

They set up a 9 KW pilot that turned out to be successful, fully operational, and generated 9 KW of electricity, out of which, 1.5 KW was consumed for running the system and a continuous output of 7.5 KW was available for use. Soon, with the green signal, they established a 120 KW commercial pilot.

The benefits of this energy are manifold. “We are reducing carbon emissions on many counts. First, by churning out a clean fuel, second, by swiftly and timely collecting the needles and curbing forest fires, and third, by reducing the consumption of fuels like kerosene and diesel, which are exhaustible, expensive, and polluting.”

Around 7,500 farmers in the area benefit from reduced threat of forest fires. The locals also earned 20–25,000 which is more than what they can earn through schemes like MNAREGA.

Another great turn of events was that the residue from the biomass was charcoal. “We decided to bricket it and supply it to households for cooking. Women, who would walk at least 4 km daily to collect fuel wood, now received fuel at their doorsteps.

Funding from Acumen’s investment will allow Avani to scale to 20 power plants in the area with each 120 kW Avani gasification plant serving approximately 3,000 people.

When Bihar got a bi-lateral facelift

Manoj Sinha, the electrical engineer hailing from Bihar but living it up in New York, had myriad sleepless nights imagining his own village unelectrified.

“Our country doesn’t have enough power generation capacity; we don’t have excess power. Four hundred million people in India, mostly spread across roughly 125,000 villages, are without electricity, which makes our country one the largest population of unserved people. Twenty per cent of that population resides in Bihar. The supply side of the equation is definitely lacking. Overall, 85% of the state’s residents are not connected to the state’s electric grid. Distribution is also taken for granted for people who get it. They think it is for free; so if a supplier keeps pumping electricity, without getting their due payments, you are bound to withdraw. The vicious cycle thus continues,” explains Manoj.That was when he decided to think up a solution, albeit keeping his day job. It was when his friend and Co-Founder Gyanesh Pandey quit his job as CEO of a company, that Manoj decided he needed to be all-in, too.

“That was a pivotal point. I could have stayed back and made millions, but decided to return because this way, I know I will die a more peaceful death knowing I tried,” recalls Manoj, of choosing the road not taken.

Altogether three co-founders, the third being Ratnesh Yadav, stared tinkering with different technologies, and stumbled upon Gasification, which was written off by people because it was ahead of its time, and had certain failures, without people having given it another chance to get to the root cause of the problem and fix it accordingly.

“We dabbled with solar at the start, which was turning out too expensive at the time. So, instead, we decided to mobilise local resources, and arrived upon biomass as the way to go. While we were at it, we knew we had to have a plant that was simple, so that locals themselves could run it, considering hiring high-calibre engineers to come down from cities for running these power plants was not viable,” Manoj says.

What was best available around them to constitute the biomass was husks of rice, Bihar’s staple diet, that came as waste from rice hullers. Besides, wheat husks and corn cobs were also harnessed. Their experiment flourished beyond expectations, and they scaled their operations by setting up 84 such small indigenous 25 KW plants, which generate power six hours a day for 340 days a year. Each plant serves around 400 households, and in all, they electrified 300 villages and touched the lives of over 200,000 people.

They also received UNFCCC certification for reducing the carbon imprint by eliminating the use of 42,000 litres of kerosene and 18,000 litres of diesel, and preventing 215 tons of carbon emissions yearly, which also significantly reduces indoor air pollution and improves health conditions in rural areas.

When we started, this sector of mini-grid was unheard of at the time. We provide a service that the government cannot in remote areas. “People pay bills regularly, unlike how they defaulted with the government, because we deliver what we promise. They now have electricity for 95 per cent of the time between 8 am and 10 pm.”Now, they have entered the solar market again as costs have reduced. With this dual technology, they will become the first company to supply two forms of clean energy to rural households round the clock, with solar powering their day, and husk energy lighting their nights.

They also monetise the waste of the waste, that is, the residue generated after processing the biomass, by recruiting 50 women at every plant who make incense sticks out of the matter discarded. This is further retailed to cities in Bihar, under the brand name ‘Ganga Agarbattis’, to enable an inward flow of cash from urban to rural areas.

“Providing a means of livelihood to women fundamentally changes the family dynamics. When a woman is empowered to fend for her family, she is more respected and gains more bargaining power.”