Former No. 1 in Indian tennis, now looking to heal the world with TV: Shikha Uberoi refuses to rest 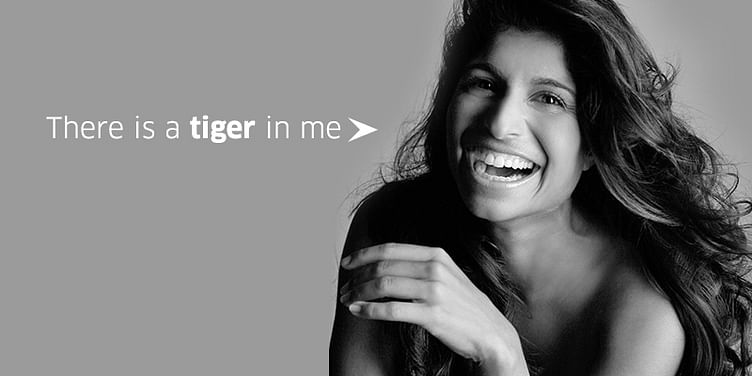 Most tennis players’ careers come with a “good before” date that is at least 20 years before ours, as they struggle to find another purpose to their lives after their passion outlives their endurance. But Shikha Uberoi, the 32 year old former tennis player, is now treading upon path of entrepreneurship; and with that usual skip that never alienates her step, she believes the best is yet to come. And that is saying something, considering the star has already lived through the crowning glory of being No. 1 in Indian tennis, World No. 122, gone back to college in the proverbial embrace of the Princeton tiger, majored in Anthropology with South Asian studies, with an A+ in a thesis on harnessing digital for purposeful programming – which turned into the second grand leg of her career.

That’s Shikha for you – a curious study in duality of human existence. A stunner on the outside, and equally luminous on the inside; that twinkle in her eye cavorts all the way to her heart. Merciless on court, but the paragon of benevolence and love, when off it. An amalgam of brawn and brain such that the barb in her serve, among ten of the fastest in the world, can only hope to match the sharpness of her own mind, when at work to brew change. She refused to let one side of her talents overpower the other; there was always more to her than what you find her heart set to, at any given point in her life.

Swearing by the idea that we have one life to live but there isn’t just one way to live it, her life has always been a very tumultuous dash of grey, when everyone pleads you to find your black or white – because that is the ambit of their imagination and potential.

She spent equal parts of her childhood in India and America, until the tennis scene in the latter outshone the former. Growing up with four sisters, it was no secret that her parents were hoping for a baby boy.

“Today, my father tells us that he has five girls who have made him prouder than even 50 boys ever could. I am who I am and where I am, because my father brought us up as equals, or even better than men.”

But the emphasis on donning several hats was initiated by their grandmother, or ‘dadu’, as Shikha fondly refers to her. She insisted that the all girls pick up at least one sport or skill that they would pursue to the level of near perfection. Shikha and her sister, Neha Uberoi, turned out to be naturals at tennis. The family never failed to acknowledge that potential, even if it meant moving across the country from the chilly state of Princeton to sunny Florida, which was more conducive to intensive training. “I moved with my sister and my father, who would be in the kitchen cooking, making sure we ate our pulses and got our proteins, took us for doctors’ appointments. He encouraged us to play with boys, compete with them, and beat them at matches.”

There was a dark side, and it was bleak indeed. She hasn’t lived with her mother since she was 12. “These

are sacrifices that everybody makes. There was tangible pressure around me – ‘you better make this whole thing work!’ it yelled at me. And that’s a lot of pressure for a 12-year-old.” Living without a mother figure, who isn’t around to emote and vent to, also meant that she would keep her emotions bottled up and unaddressed. But that gave her a strong exterior, which is a great weapon to ensure resilience.At the age of 10, Shikha climbed to the No. 1 spot in Junior rankings in America. She chased the dragon until she was invited to assume the mantle to be on the WTA tour representing the United States.

Subsequently, she had to switch to tennis full time, which meant dropping out of school at the age of 17, back in 2000. But it was hardly a gamble, for Shikha’s form was formidable, and everything was pointing towards a smooth climb. Even as Shikha played and won various titles in her debut year, she yearned to represent her motherland.

Her dream came true the very next year, when she became the second ever Indian female player to reach the second round at a grand slam, Flushing Meadows in her case. The Indian media went berserk celebrating her victory. When asked if she would represent India thereafter, she jumped at the opportunity and accepted it at once!

In her five-year career, she went on to win three ITF titles and storm into two WTA doubles finals with her sister Neha. But a series of events lead her to question her life’s purpose again, and really probe into whether this was it, whether this going to be her identity? For starters, a change in government and policies forbade her from representing India, because she held citizenship of another country along with Asia. “It should matter where my heart and allegiance lies, but this is how the Indian government treats its athletes,” she recalls, as a quiver surfaces in her voice.

It took her two years to recover from the hurt and disappointment. That phase led her to not be blindly

enamored by her career, and even analyse some other imperfections in it. For starters, the anthropology aspirant and political science enthusiast never found like-minded people on tour. “I yearned for stimulating conversations on topics outside of tennis, which that ecosystem was unable to satisfy,” she says.The classic law of dualities made a comeback, as the 26-year-old decided to pick up where she left off academically so she could bring to consequence another, equally prominent side of her – even if it meant becoming the Shikha Aunty of Princeton.

“I can be an athlete and I can be an anthropologist. I can be a student and I can be an entrepreneur,” she said, of going back to college amidst a bunch of 21 year olds, becoming their sister figure and letting the diverse experiences of college, and various subjects of her course, changed her outlook to life. It was there that she took a class on social entrepreneurship, and studied the concept of for-profit social enterprises, which deeply resonated with her.

Upon the completion of her program, she returned to India, determined to harness the influence of media to bring about social change. “I juggled accents, countenance, values, and principles. I broke my pieces of roti by hand, and effortlessly handled the chopsticks at business lunches back in America. Never have I had the identity crisis that most Indian Americans are doomed to have – because I made it a point to stay in touch with all facets of culture that my upbringing allowed me to, equally.”

She co-founded the Indian wing of Indi.com, and under its banner, began working on a concept that was a metaphor for who she was – ‘purposeful programming.’ Providing raw entertainment with the purpose of diving home pure social change was at the heart of her endeavour, ‘Kaun Banega Hero’ – a series of webisodes documenting astounding stories of unsung heroes.

“Purposeful programming withholds immense power to catalyse change. It inspires people into action. My company endeavours to create awareness and entertain through storytelling.”

Shikha Uberoi is relentless, and her vigour and enthusiasm casts a spell on you. Even as she had her share of being burned by the media with unending meetings and connections leading to dead-ends, cowering down was never on the table.

“People saw me as this girl who played tennis all her life, and suddenly wants to put content on national television. They didn’t realise there was a tiger in me; that when I set my heart to something, I do it, and I do it the best darn way possible.”

NDTV Prime was a victim of those unbridled charms and that unwavering resolve – not to mention her thoroughly honed groundwork on what she wanted to broadcast to the world. Suddenly, she found the universe conspiring to make her dream come true.“All the loose ends came together. My family was never one to exert pressure on me. But my investors also kept

the funding coming, my team never lost sight of my vision, and soon, NDTV offered me their patronage. And as I gave them my baby, they assured me that they would go all out in giving it the limelight it deserves.”

Signed on as executive producer, Shikha’s brainchild The Real Deal is set to hit the silver screen early next year, and will present 13 unique episodes on impact investment, and bring to the fore the noble souls like investors and social entrepreneurs who selflessly put their money where it has the immediate potential to save lives, even as the return on their investments is nowhere in sight in the foreseeable future.

“People keep telling me you’re always in the thick of things – women empowerment, tech-startups, advising a company, co-founding another. It requires agility, an open mind. But this dash has given me splendid perspective into life. It is all happening through ME, through my passion. I am at the centre of anything I set my heart on. And if my name is next to something, it better be the best I gave to it,” she concludes.