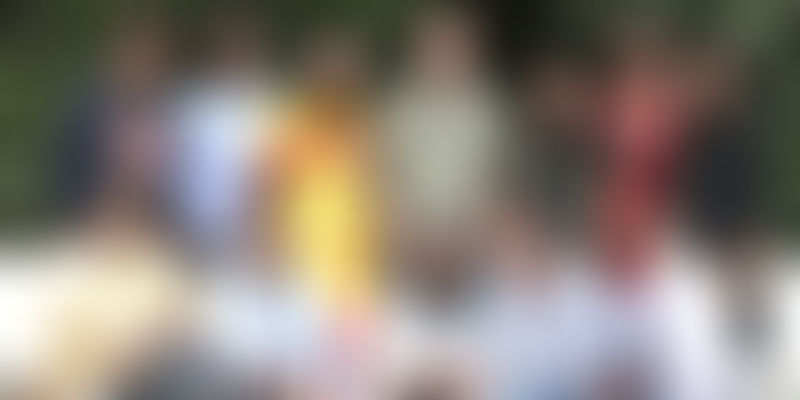 In real life unlike the one in ‘reel’ life, the elderly do not get relegated to character roles. They simply vanish from the picture. From mass media to advertising to businesses -- a world where youth is worshipped, it would seem there’s no country for old people.

In another 10 years consider the population that will comprise the silver brigade. These are people who have led active lives, built companies, created records, and yes, ‘disrupted’ many an old way of doing things. Will they be content with living a ‘retired’ life? Do they expect their children to drop their careers just to take care of them when they fall ill?

For an entrepreneur who is always looking for an opportunity, this could be a golden one. According to a joint report by the United Nations Population Fund (UNFPA) and Help Age International, "India has around 100 million elderly at present and the number is expected to increase to 323 million, constituting 20 percent of the total population, by 2050."

In the past couple of years, a few startups have come up with ideas to serve the 60 plus segment of the population either by focusing on building a social platform for them or by offering a range of services and commerce.

Startups like Goodhands, Senior Shelf, Pramati Care, SeniorWorld, and Silver Talkies try to cater to all the needs of the senior population and have been founded by ‘younger’ people after their bad experiences related to care for their elderly relatives.

For 51-year-old Vladimir (Vladi) Ruppo, however, it was more personal. “I don’t want to depend on my kids. I would like to age in the company of my own,” he says. Vladi, who has been living in Bengaluru for the past 16 years, has started Beautiful Years (launching in a beta version) with an aim to “improve the lives of senior people and of those who care for them by facilitating mutual support, bringing innovative products, and providing socially reviewed listings of elder care services.” Adds Vladi, “We are going to be the TripAdvisor or Zomato of senior care.”

Vladi is a seasoned software executive with almost 30 years of international experience. Born and brought up in St. Petersburg, Russia, he worked for 12 years in Jerusalem, Israel, before moving to Bengaluru. He came here in 2000 to set up a branch office of a British MNC from scratch – and eventually brought it up to 2,200 people. “My initial six months’ contract extended into 16 years,” he says.

After stepping out of his big role as VP Engineering at Cisco towards the end of January 2016, Vladi wants to now focus on Beautiful Years.

It is not about the age

“Can I tell you a story about my aunt? She is 86 now. She told me recently, ‘Every time I look at the mirror, I wonder who this ugly, old woman is? She is not me: I know that I am exactly the same person I used to be 60 or even 70 years ago! Still, others can see only that old woman, not me.’ Are senior people well understood? Are they understood at all?” asks Vladi. A question that led him to build Beautiful Years mostly with his savings.

The platform is free for users and Vladi plans to make money through its e-commerce portal that serves this specific segment. “Our e-shop provides life-improving senior care products as small as nail cutters with a magnifying lens; book holders; tablet cutters and crushers; motorised wheelchairs; patient hoists and much more. In addition to locally manufactured products, Beautiful Years is going to import advanced high-tech products from overseas -- from augmented reality glasses for Parkinson’s patients, allowing them to steady their walking, to special shoes for diabetic patients; apparel for bedridden patients and much more.”

But at the moment, Vladi is most enthusiastic about building a community for elders who want to share stories and seek companionship. He also wants to give space to the people who take care of seniors, and who are often not young themselves. Vladi adds: “There is so much to do for those who take care of seniors and those who are not young themselves! The least we can do is to share stories of beautiful lives of our parents and grandparents - there are many amazing inspiring stories on the site. There is a section, ‘Beautiful Ageing’, on our portal. It sounds like a contradiction in itself – but is it really? Can’t ageing be truly beautiful, not just graceful?”

A few years ago, after losing her husband, her sister, her son, and her son-in-law, Vladi’s aunt at the age of 83 learnt computers and started writing memoirs about people she loved and beautiful lives they lived. “She has become really passionate about her writing as it has given her a new meaning – to become a voice of people and generations gone. That way she has also become an inspiration and hope for her grand and great grand-grandchildren,” says Vladi.

It is debatable if Indians are more caring towards their elders, but daily reports of senior deaths in crime sections of newspapers hardly serve the cause. Once the ‘Pensioner’s Paradise’, Bengaluru now drinks from the fountain of youth that the IT and its related industry seem to draw continuously. Similar is the case with other bigger cities like Mumbai and Delhi.

But the middle-class retiring population will not go down quietly into the sunset. As Vladi says, “It is sometimes more difficult to manage 10 people than a thousand as there are no systems in place; everything becomes a challenge. And I love it – I want to prove to those startup kids that my generation can still make it happen!”