Flipkart has launched a platform that allows its merchants to source products from wholesalers across the world, primarily China, and India. The platform is called Flipkart Global and has been in pilot stage for about a month as per the documents with YourStory.

The Bengaluru-based e-commerce major has sent a presentation to its sellers about the new sourcing platform. YourStory is in possession of this document. While the document initially states that Flipkart will give merchants access to a worldwide pool of suppliers, in the later part it mentions that the platform has got on board "top quality suppliers from China with Global Manufacturer Certificate" along with "China's leading online wholesale Marketplaces". The document, however, does not specify who these online marketplaces are.

Some of the key features of the platform, which is at the moment invitation-only, are:

Sellers need to send an email to get an invitation to access the platform. They can then view the products, place a sample or a bulk order and make the payment. Flipkart will handle the delivery, including customs clearance. The company, in the document, states that it sells about 80,000 men's t-shirts on its platform with an average selling price of Rs 350. The wholesale price on Flipkart Global for men's t-shirt, the document states, is Rs 85.

India's online marketplaces have recently launched a number of initiatives for their merchants. In December, Snapdeal launched Sherpalo, a single dashboard for merchants to access all seller related services like on-boarding, training, product listing and capital assistance. Earlier this month Paytm launched Paytm Force, which connects sellers on the marketplace with about 3,000 service providers to help in areas like catalogue, order fulfilment and account management. ShopClues, which just entered the coveted Unicorn club, launched an Android app for its sellers.

In June last year, Amazon India launched a global selling programme that merchants in India to sell on Amazon.com and Amazon.co.uk to begin with. Of course the big daddy of them all is Alibaba. The platform claims to have about 4.5 million Indian SMEs on its platform. In December, Alibaba launched SMILE, which stands for Small and Medium Industries Leveraging Export, for Indian SMEs. The programme will offer solutions like financing, logistics, certifications and technology.

As the e-commerce companies battle it out for supremacy, the focus has been on what these sites are doing to capture and retain customers. However, considering the fact that all the e-commerce players are marketplaces, gaining merchant loyalty is equally important. While ShopClues and Snapdeal have focused on getting a large number of merchants on board, Flipkart was not really playing the numbers game at least in this area. Flipkart has a base of 80,000 sellers, while Snapdeal has about two lakh merchants and ShopClues about 3.5 lakh merchants. It remains to be seen if Flipkart will change this strategy. While such initiatives, like Flipkart Global, will definitely make merchants happy, finally it all comes down to the platform which helps them make the most money and profits. Flipkart has rightly focused on the low prices that its sourcing platform offers to lure merchants as this impacts their bottom lines directly. 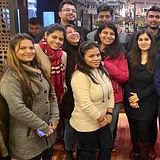