Hospitality to Healthcare, this IIM-A alumnus starts LabsAdvisor to help organise the diagnostics industry in India 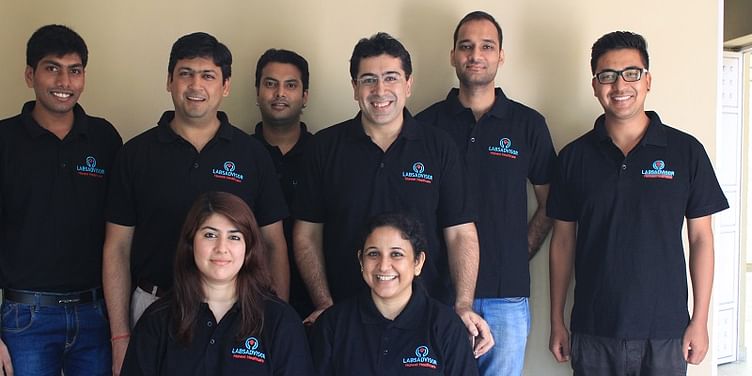 Diagnosis, tests, and health check-ups are generally time-consuming and tedious. In most cases you would have to move from pillar to post to get your health reports and filing them is another cumbersome task. However, with several healthtech startups dotting the ecosystem, discovery of doctors, consultations, medicines, and even diagnosis has become easier.

Joining the slew of startups in the health-tech space is LabsAdvisor, an online marketplace for diagnostic labs. The startup claims to play the role of an honest intermediary in the unorganised diagnostic industry in India. LabsAdvisor offers diagnostic test-booking and online report storage services.

Ashish Bhatia thought of this concept when his family had to undergo several health problems, which highlighted the issues facing healthcare sector in India today. During this time of crisis, he faced lot of challenges like lack of transparency in the entire system, patients finding difficult to trust the system, and high priced tests without increase in quality.

These challenges led him to think about fixes for the errors in the system and he established the company in February last year.

The labs are generally suggested by the doctor. Ashish says that the team is trying to build confidence in the customer that the labs are good and offer a more economical alternative. Customers can compare the labs on quality and price to decide the best alternative for them.

Bringing in the entrepreneurship experience

Ashish, an IIM Ahmedabad alumnus, met his Co-founder Rahul Shukla while working in the UK for a management consulting firm in 2007. Ashish discussed the idea with Rahul and the duo began LabsAdvisor together.

Ashish had in fact started his entrepreneurial journey in the year 2011 with his hospitality venture called Itmenaan Lodges. This company runs three small boutique resorts in Uttarakhand and Punjab.

Rahul on the other hand brings with him the global experience of working with companies such as Booz & Co., Accenture, Ford Motor Company, Tata Capital and Axience, spanning across USA, Europe, and India. Rahul completed his MBA from INSEAD, France, with focus on marketing and strategy and graduated from IIT Delhi with a degree in Civil Engineering.

“We have over 120 labs in Delhi/NCR and have the largest repertoire of tests in the country now. Our pathology and high-end testing services are available in over 300 cities. We have done over 1,000 transactions in the last three months since the launch of our website and customer service centre,” says 36-year-old Ashish.

LabsAdvisor charges a small referral fee for all the bookings. Ashish says they usually get a 30 per cent discount on the tests from the labs. The team keeps 5 to 10 per cent and extend the rest to the end customer.

“We are a diagnostic test focussed company that covers the entire gamut of diagnostic tests from pathology, radiology, and high-end testing. We have in-house health experts who not only assess the labs that we take on our platform but also understand the right kind of test for the customer. We believe that our core focus on diagnostics will make us stand out from the competition,” adds Ashish.

The team has raised angel funding of Rs 1.2 crores. The team has tie ups with 120 labs in Delhi/NCR and plans to reach 200 shortly and will soon be expanding to Mumbai and Bengaluru.

In 2015, the funding in India’s healthtech space reached $277 million with 57 deals. Even in terms of percentage share, investor interest in healthcare in the world’s second-most populous country has never been so high. According to IBEF, the healthcare market in India was worth close to $100 billion as of 2015 and is expected to touch $280 billion by 2020, clocking a CAGR of 22.9 per cent. Of the overall market, the healthcare delivery sub-segment accounts for 65 per cent.

However, the segment has seen an increase in the preventive segment. InnAccel, a med-tech-specific accelerator that aims to drive innovation in the medical devices space, says that close to 90 per cent of startups they evaluated in 2015 were working on preventive and monitoring-based healthcare solutions.

Dr. Jagdish Chaturvedi, Co-founder of InnAccel, an ENT surgeon, a Stanford-India Biodesign Fellow 2012, and a serial MedTech innovator (18 devices, one licensed to Medtronic) with core expertise in identifying and analysing unmet clinical needs using the Stanford Biodesign process adds: “However, apart from the technologies we are developing at InnAccel and a few others outside, we are not seeing many therapeutic and diagnostic solutions for pressing clinical conditions.”