How I got 75 million app downloads with zero spend: Alok Kejriwal spills his trade secrets 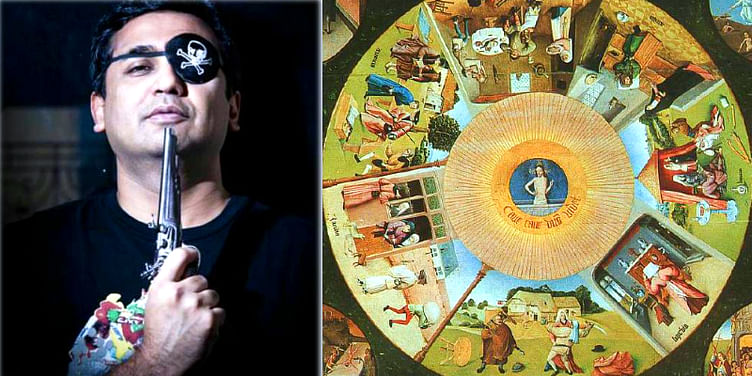 As Alok Kejriwal, the blue-eyed boy of digital gaming, walked into the E Summit at IIT Bombay, to divulge his recipe behind the success of his company, he was met with tangible enthusiasm. Games2win, amongst the global top-20 online games businesses, entertains over 20 million unique users a month, and has garnered 75 million downloads with zero spend.

“The mantras for getting app downloads are pretty simple actually,” the man started off, revealing possibly his greatest trade secrets. “If you’re committed to engagement for your app, you have to gamify life by getting your users to commit the seven deadly sins,” Alok explained.

“I’m lazy – what we’ve figured is that this emotion is incredible when you’re configuring your app,”Alok said.

He believed that laziness is a strong instinct – and this statement is as true as it is ironic. Consider a game like Parking Frenzy, with about 20 million downloads. The Revive feature on gameplay has helped Alok make $50,000 so far. “When the car rams into a corner, people don’t want to startover and play the whole game again. Feed on that; get the laziness out of the person. Give them the option to continue doing exactly what they were doing, let them keep up their course of action, and the lazy ones will pay to remain lazy. And, trust me, they all are,” Alok advised. Games2win's tie-up with Flurry Explorer, which also became a Yahoo! case study, showed that people who made in-app purchases were twice as likely to stay users of the game. These in-app purchases, Alok added, could be brought about by letting people be lazy. “But don’t overdo it, don’t abuse it. Make people feel that you are helping them,” he joked.

Alok’s Bat2Win – which hasn’t done that great – still served as an important lesson in driving home the point behind sin no. 2 and gaming. “We found something incredibly amusing in this game- the 'Leaderboard' addiction that has a phenomenal virality and engagement factor. People love to be on the top of the most trivial and frivolous things they do, especially if the results are going to be public,” Alok noted.

One’s inner vanity can be used to drive downloads, Alok said, if one could successfully leverage that emotion.

Wrath might be a negative emotion, but the intensity at which it is felt, is a useful study in fulfilment and satisfaction of our very curious human mind. The best RPG game Alok has created is called Kill Osama Bin Laden. “We saw gamers engaging in the most indulgently gruesome acts – it was not enough to kill a virtual Laden and dump him in the ocean, but they got to chop his head off first. We’ve seen people repeat killing him 25 times,” Alok said.

Games that let you shoot, kill, beat to pulp, satisfy an innate desire in you to establish your power and destroy things in a moral-proof, guilt-free, lawless world, is what your game must conjure, according to Alok.

Revenge is a dish best served as an app.

Giveaways, discounts, cash-prizes, deals... all these point only towards the fulfilment of one's desire to covet. Alok’s games give away daily cash prizes – a material thing to hanker after. The minute you dangle a bone like a cash-prize, you will see people blowing up bandwidth worth Rs 2000 for a prize worth Rs 200, perhaps!

Almost everyone has a LinkedIn profile, but does not use it as a full-fledged social network. Yet, you add connections, send invitations, update your profile, add in your credentials, check messages and even add an occasional skill to your list.

“Gluttony means, ‘it’s never enough’,” Alok explains. That pie circle showing how up-to-date your profile is, is ever approaching the 100-percent mark, but never getting there, thereby arouses an itch in you to make it happen!

LinkedIn gamifies envy, and how! “For me, an itch surfaces when I see a peer raking higher than me in popularity. Vijay Shekhar Sharma ranking above me gave me sleepless nights. Sure, he invented Paytm,” he joked, adding, “But I’m still going to try and get ahead!” Apps that conjure a snob appeal and up your popularity quotient are sure to make you want to try harder and stick around longer. Right from how beautiful your Farmville world was, to how many likes you can earn on your life’s updates, opinions and memories on social media platforms, you’d keep wanting to snack on more as it satiates your need for validation.

What kind of cars do girls want to buy in the US? The big ones. The monster trucks and the buses. Some also fall into the pink glittery Lamborgini category. But not many will be seen driving one around on the streets – for various reasons. “What you can’t do in reality, empower them to do in an app,” was Alok’s genius touch.

Celebrity gaming apps are also tapping on the same lustful instincts of fans and followers.

Alok’s Miranda Sings Vs. Haters - a game that was topping the charts in USA iTunes - lets fans into the YouTube celebrity's world, and lets them actually contribute to her virtual life. Harnessing her popularity - her character sketch channel has more than five million subscribers on YouTube and a huge following on Twitter, Instagram, Facebook and Snapchat - and gamifying it helps not only serve a gaming company's purpose but also that of millions of her fans, who simply want a way to be her and live her life. The result- you amass a great number of loyalists for the app.

While these are the mantras given by Alok, there are several others to achieve app downloads and engagement. What has worked for you? Tell us in the comments below.