From a small town in Iran to travelling to space, this woman inspired millions 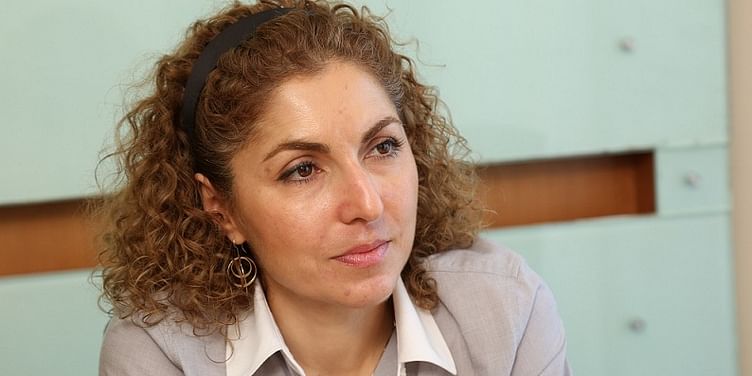 Anousheh Ansari is one of only four self-funded space travellers. She was only 16 when she had to relocate to USA because of political turmoil in Iran at the time. When she landed in US, she had no knowledge of English. Being the oldest in the family she put in extra hours to study just so that she could get a job to support her family. She became a computer science and electrical engineering graduate, which enabled her to work in telecom consulting. The rest is history because she founded Telecom Technologies Inc. in 1993 and sold the company to Sonus Networks for around $750 million. She put that money to good use.

Anousheh founded Prodea Systems, a IoT company, and founded the X-Prize which supported ideas that could enable space travel. She is now in India to deliver Internet-over-ordinary TV, which is going to change the way government services are delivered to rural and urban poor. Her first project which began in Rajasthan last year aims to reach the Prodea device to 1,00,000 village TVs and usher change through the Internet. Here are the excerpts of the interview with YourStory, at the Sandbox Development Dialogue, of her inspiring life from nothing to becoming a space traveller:

YS: Talk about your project in Rajasthan?

Anousheh: We hope to reach three districts and reach 1,00,000 homes. We realise that low-cost television is a powerful mode to reach the masses. Our device allows the TV to connect with a 4G network and then beam government services which can be consumed by rural citizens. I have been coming to India for several years and have noticed that rural people have TVs in their homes and yet they do not know what services are available to them. Internet connectivity is the key and the whole project is based on a sustainable model. There is a one year free subscription and then there will be a way to work with the State Government to subsidise the model or charge per customer.

YS: You were really down and out when you went to the States. How do you inspire yourself?

Anousheh: I went to the USA when I was 16. I lived through the revolution which impacted Iran culturally. I did not know English and we started life all over. My mother wanted me to support family quickly and so I studied computer science. It proved to be the right choice.

I had a career in telecom and allowed me to start my own company. It was my husband who inspired me to become an entrepreneur.

There was no such thing as a Silicon Valley in 1993. I was in Dallas at the time starting our company and we had done some consulting work for telecom operators. The frustrating part was that these telecom giants could not build our solutions. So, we started building the products on our own. Our solutions were around test automation, local number portability, data networks, and wireless networks. We built software with soft-switch where we used IP networks for voice. It was big at the time.

YS: Did people laugh at your solutions at the time?

Anousheh: When you first build concepts people laugh at you. The point is not to be afraid of risk. If you studied the problem and have done your work then the solution will work. You need a detachment from the solution, but, one must constantly look at the problem. It requires a vision. My husband was always my mentor. My husband taught how to make presentations and also public speaking.

After eight years of building a company, it was during the end of the Internet and dotcom boom, we sold our company. The negotiation was difficult when we merged our company. This sale enabled me to focus on my first love, which was space travel. This was my childhood dream.

YS: How did the space travel plan happen?

Anousheh: I was in Hawaii on a holiday when Peter Diamandis, the physicist and engineer, called me about doing something for space exploration. I had already created the XPrize foundation in 1995. But it was only since 2004 that the prize has found global innovations, which was made available to NASA. At the time I decided to fund myself to go to space. I had to learn how to be a cosmonaut, in Russia, and to experience G-Force. It was a tiny capsule of three people. We had to go through Zero-G space flight training too. I had to learn Russian because all the instruments were in Russian. Finally, I was in space flight for two days and nine days in the space station.

YS: How was the experience, can you describe it?

Anousheh: It was an emotional experience. It is a difficult emotion to describe and you look at life very differently because Earth is a unique planet and there is the emptiness of space that surrounds it. We take things for granted and are destroying this planet.

YS: What new innovations can change the world along with space travel?

Anousheh: I believe solar panels if installed, in space, can collect solar energy and then deliver the energy to a station on earth. Imagine the free energy that can be distributed to all. There are opportunities to have a base on the moon and we will go to Mars for sure. The cost of space travel will come down in 30 years.