Electrically run buses to charge their batteries while on the move 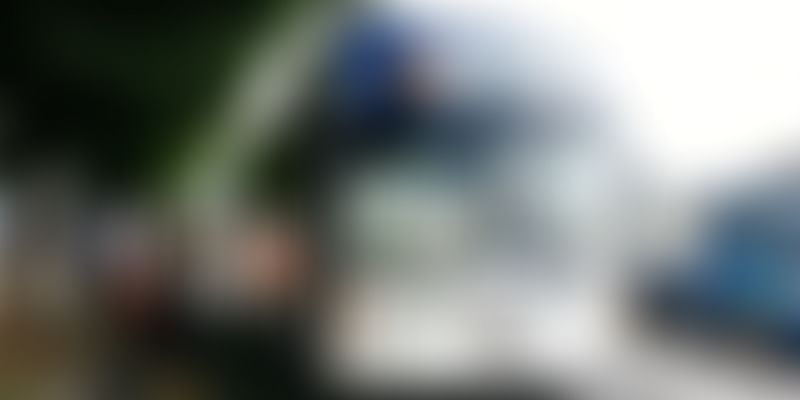 An electric bus that charges its batteries while driving (rather than while sitting idle in a charging station) is no longer science fiction. Researchers at Korea’s Advanced Institute of Science and Technology (KAIST) have constructed a seven and a half mile stretch of asphalt roadway in the city of Gumi in South Korea with specialised electric cables designed to power batteries on a moving passenger bus. The new technology promises to eliminate the need for long hours tethered to a charging station and may offer a solution for the dearth of available infrastructure for electric vehicles, reports Aljazeera America.

The first of its kind technology doesn’t need the vehicles to stop at a point to charge. The bus’s batteries are equipped with a novel technology called “Shaped Magnetic Field In Resonance” that sends electromagnetic fields created by the electric cables buried in the asphalt to the bus but not normal cars. The technology recognises vehicles capable of accepting the electric charge and those that cannot. A coil in the battery can turn the electromagnetic fields into electricity at a distance of more than half a foot above the road, reports Forbes.

Testing began on two Online Electric Vehicles, or OLEVs, which are being used as public buses around the city. The OLEVs wirelessly charge whether moving or parked and without needing to be attached to electric cables strung above the route. Instead, the electric cables are buried under the road surface, creating magnetic fields that are converted into electricity by a receiving device attached to the undercarriage of the vehicle. What’s more, the power strips that house the electric cables are only necessary in 5-15 per cent of the road, reducing the need to rebuild entire routes in order to operate OLEVs. Researchers note that the power strips distinguish between OLEVs and regular cars, switching off when the latter drive by. KAIST says an OLEV battery is about one-third the size of those found in other EVs, making them far more adaptable.

Dong-Ho Cho, a professor of electrical engineering and director of the Centre for Wireless Power Transfer Technology Business Development at KAIST, said in a statement that, “This is certainly a turning point for OLEV to become more commercialised and widely accepted for mass transportation in our daily living.” And Boston-based startup OLEV Technologies has licensed KAIST’s technology and is developing ways to bring it to market.