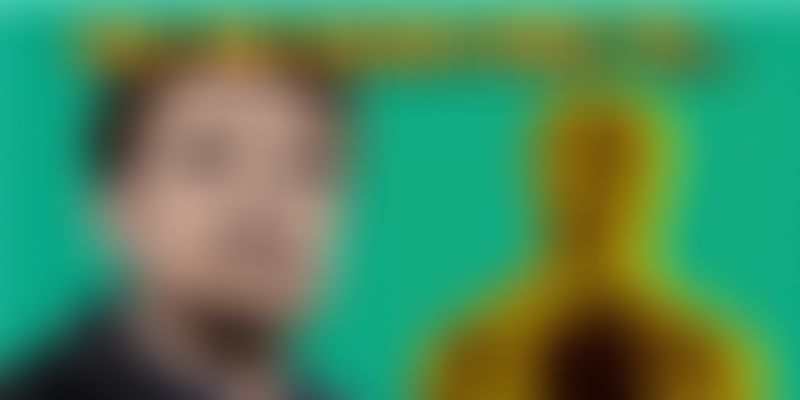 Today, as Julianne Moore waited a tad too long before announcing DiCaprio’s name as the winner for best actor at the 88th Oscars, most film lovers waited in anticipation. As the world celebrates Leo’s win, we can’t help but admire how in each of his movies, DiCaprio has subtly instilled in us the spirit of entrepreneurship. While The Aviator was the journey of a man who risked everything to fulfil his desire to fly, The Wolf of Wall Street reflected upon the consequences when greed takes over morality. While The Gangs of New York was a perfect David versus Goliath tale, The Revenant was all about endurance. Heck! Even Inception was about dreams!

As we join hands with other fans and congratulate Leo on winning the Oscars, we present to you a list of Leonardo DiCaprio movie quotes, which in some way or the other, help keep the spirit of entrepreneurship alive.

“Two little mice fell in a bucket of cream. The first mouse quickly gave up and drowned. The second mouse, wouldn’t quit. He struggled so hard that eventually he churned that cream into butter and crawled out. Gentlemen, as of this moment, I am that second mouse.” – Catch Me If You Can (2002)​

“What is the most resilient parasite? Bacteria? A virus? An intestinal worm? An idea. Resilient, highly contagious. Once an idea has taken hold of the brain it’s almost impossible to eradicate.” – Inception (2010)

“I have no intention of taking a job. My work is going far too well – I can’t afford to waste time earning money.” – Total Eclipse (1995)

“The only thing standing between you and your goal is the bullshit story you keep telling yourself as to why you can’t achieve it.” – Wolf of Wall Street (2013)

“You can dream of a moment for years and still somehow miss it when it comes. You’ve got to reach through the flames and take it, or lose it forever. I took it.” – This Boy’s Life (1993)

“Let me tell you something: there’s no nobility in poverty. I’ve been a poor man, and I’ve been a rich man. And I choose rich every time.” – The Wolf of Wall Street (2013)

“The only respectable thing about you, old sport, is your money. Your money, that’s it. Now I’ve just as much as you. That means we’re equal.” – The Great Gatsby (2013)

And last, but certainly not the least, the one thing we yell when dreams come true –