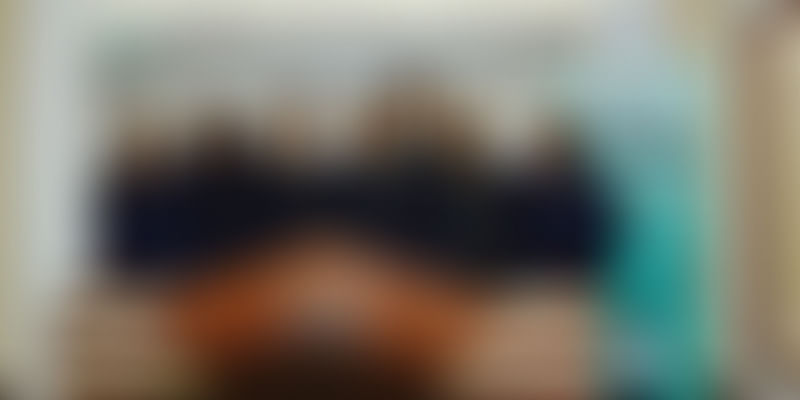 When 18-year-old Nitin Sharma had just started college, he realised it wasn’t competitive enough for him. He didn’t want to do a conventional bachelor's degree followed by a regular MBA from a foreign university. He knew it was not possible to sail on two boats. So, he decided to quit college and pursue degree via correspondence from Amity University. Early last year, Nitin began his market research to find out a new business idea. He planned to try out a hyperlocal delivery model but later dropped it. During this time, he came across issues people face when it comes to hiring drivers in India. He further delved into the segment and narrowed down his model to a ‘driver-on-demand’ service.

During this time, he was also in talks with a couple of investors to raise funding on his idea. In August, he raised the seed round of Rs 10 lakh from an individual investor.

In November 2015, Nitin launched DriveBud, an aggregator platform for drivers in the country.

He adds that his aim is to create India’s biggest driver database of trained drivers.

Drivebud's USP is its turnaround time of 30 minutes. Drivebud also explores business from the B2B market. It has tied up with NGOs and several night clubs in Delhi-NCR to provide drivers. The platform doesn’t charge extra for one-way trip or night trips. “Our drivers go through a week-long training period to make sure the customers get a delightful experience,” says Nitin.

Nitin started Drivebud with his own savings. He spent around Rs 8 lakh, which he had saved over a period of time.

“DriveBud has an 11-people team and is available on both Android and iOS platforms. We started our operations in November and are now doing about 150 to 200 hours of billing every day. All our growth has been completely organic and I’m happy to state that we have nearly a 90 percent repeat customer rate,” says Nitin.

The platform has 25 drivers on payroll and around 80 drivers work on freelance basis. Drivebud has 1,500 registered users who, on an average, use the service at least three times a week.

On his experience starting up, Nitin says, “There are many other entrepreneurs like me out there who have been denied a chance to start up due to their age. One needs to realise that young entrepreneurs have the kind of enthusiasm and zeal needed for a new company at this age. I understand experience is equally important, so if one can get together a diverse team which includes people with experience, they can easily disrupt the market.”

Bengaluru-based DriveU is another player which provides similar service. It claims to be the first app aggregator for drivers in the country.

Nitin says that an 18 year old starting up is not something many people found easy to deal with. “People in India are extremely skeptical about taking a risk, and if you decided to do so you will receive bare minimum support. I did not tell anyone about my project because I was sure I would receive negative response. I was demotivated by a lot of people just because of my age. I toiled hard for my project and executed it successfully,” says Nitin.