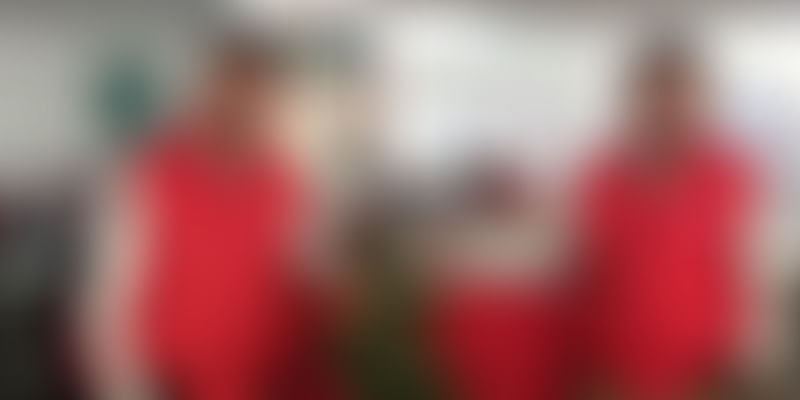 Anyone who’s ever had their own set of wheels knows that getting it repaired is not an easy deal. Leaving your car in somebody else’s hands makes you feel jittery. There’s a huge trust deficit between car owners and workshops. Care owners feel they will be cheated at local workshops, and consider company-owned workshops to be expensive rip-offs. Eventually, in either case, the customer satisfaction stands nil.

Navneet Pratap Singh, a self-professed car lover, faced a similar dilemma every time he sent his cars for repair. He often wished for workshops that would give him a satisfactory service. When he shared the thought with his childhood friend Abhijeet Singh, his sentiments were echoed. They further pursued the subject and in their research found that they were not the exceptions; everyone worried for their vehicle while it is at the body shop. They then decided to build a platform that could offer a high quality repair service to car owners.

Navneet and Abhijeet, who had an experience in security, highways & utility management and retail & startups respectively, came together to offer a complete solution in the automobile repair segment. In October 2015, they launched GetCarXpert, a Gurgaon-based car service and repairs platform that claims to offer convenient, affordable and transparent service.

“We have come up as the best alternative to unreliable local workshops and authorised service centres. We address the core issues faced by car owners. There is a ready availability of fake and sub-standard imported parts in the market, and a lot of workshops use these parts, thus compromising on quality. It creates a sense of insecurity every time a car owner has to leave his ride at the local mechanic or the authorised service centre. GetCarXpert.com has been very selective in partnering with its service centres,” says Navneet.

He adds that there are three parameters that define the quality of repair: quality of workmanship, spares and parts used, and customer experience. The platform on-boards the best and most well-equipped workshops with only genuine parts having manufacturer's warranty, and offers 1,000 km or 60-day expert warranty to its customers. It has partnered with 35 authorised workshops.

GetCarXpert recently concluded a deal with spare parts manufacturers like Bosch and Valeo.

“So, whatever the demand – running repairs, accidental repairs, scheduled service, batteries, tyres, car care and insurance – the GetCarXpert.com’s workshops will fix it by offering the convenience of multi-brand workshops and by maintaining the same service standards as authorised service centres. Quality workmanship is guaranteed, with our engineers placed at all workshops to monitor the customer's vehicle,” adds Navneet.

The platform works on a commission-based model with workshops. It claims that in the past few months it has witnessed a steep growth. During December, it serviced 120 cars. In January, the figure rose to 170. This month, it expects to reach 300.

The company’s vision is to emerge as the biggest multi-brand service provider for the car industry. Over the next year, it plans to enter 10 new cities and develop a full suite of services that will be offered through a workshop model. It intends to create a full-service spare-parts supply chain and a viable service line for taxi operators. It will also endeavour to launch an express and mobile repairs platform and develop IOT technology to track the usage and maintenance patterns in every car, to suggest the best predictive repairs.

GetCarXpert has a buffer of $1 million from founders' personal savings, which will be used to sustain the platform, till it raises funding.

According to CII-ACMA, in 2015, the automotive after-market servicing business in India is pegged at about $2 billion (excluding spare parts).

During 2013–14, the total turnover of the Indian automotive component industry was estimated at $35 billion. Auto ancillary exports fetched $10.2 billion in the same year. The total number of registered motor vehicles on Indian roads reached 172 million in March 2013, of which over 21.5 million were cars, taxis and jeeps.

MeriCAR.com has had two rounds of investments from My First Cheque and Rajan Anandan (personal investment). In July last year, Bengaluru-based automotive service marketplace Cartisan raised an undisclosed amount in its seed round funding from YouWeCan ventures, Global Founders Capital, TaxiForSure’s Aprameya R and others. Late-December 2015, Bengaluru-based Bumper secured $500,000 seed funding, in a round led by SAIF partners.

On competition, Navneet says that it’s the service he counts on to shine through. “We are very particular about the kind of service we promise to our customers. It will outstrip any other player in this category.”