Indian Army will no longer mercy kill retired canine soldiers, but will rehabilitate them 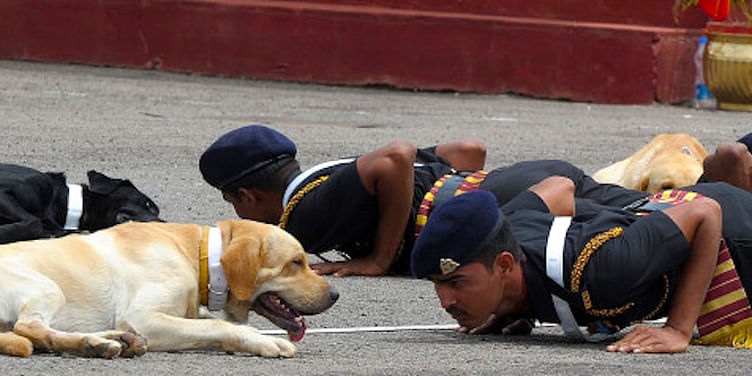 In a shocking response to a right to information query, the Indian Army revealed that it euthanises (mercy kills) its dogs on retirement, or at any point when they are judged to be unfit for service beyond a month. This was reported in June 2015, by The Huffington Post. Less than a year later, there is good and life-saving news for the retired canine soldiers. Additional Solicitor General Sanjay Jain has submitted a declaration to the Delhi High Court, saying the government is working on a policy to stop euthanasia of Army dogs after retirement.

As reported by India Today, the declaration says the policy will be drafted by March 2016 and will also arrange for rehabilitation of the dogs. In mid-September 2015, the Delhi HC bench comprising of Chief Justice G Rohini and Justice Jayant Nath heard a PIL by advocate Sanjay Kumar Singh, who appealed that the “act of the Indian Army killing their service stocks once their duty years are over is so unreasonable”. The Additional Solicitor General said that the policy was being formulated and issues were raised in a writ petition, which sought an end to the practice, were under active consideration. Though a final policy is yet to be adopted, the Army has ceased further killing of ageing animals, except for those suffering incurable, terminal diseases and injuries. The Army has also been asked by the Defence Ministry to deal with the cases of animals suffering from incurable diseases, injuries and terminal diseases as per the provisions of Section 13 (3) of the Prevention of Cruelty to Animals Act, 1960. India is a country where even a healthy ‘stray’ animal is not permitted to be killed under the Act.

As reported by The Indian Express, after a gap of 26 years, 36 Indian canine soldiers, consisting of 24 Labradors and 12 German Shepherds, marched down the majestic Rajpath during the 67th Republic Day parade. Chosen from about 1,200 dogs of the Indian Army, the selected dogs underwent an intensive training of four months.