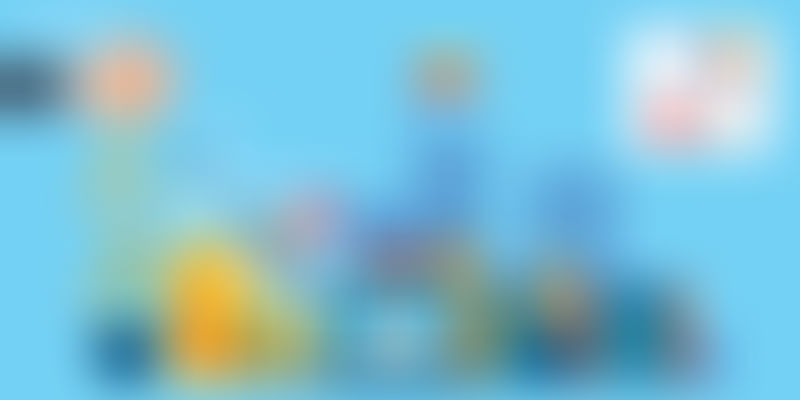 Tier II and III cities in India are no more dependent on the traditional tools to run business. Technology has increasingly made its way into small towns and cities and intervened in the conventional ways of doing business. A report by Nowfloat and Zinnov revealed that 90 percent of small businesses in India are adopting smart technologies for their business.

India’s economic growth in the last four years has largely been driven by the contribution from IT sector. Karnataka stood first among the States in India, with a $11.6-billion software export in 2006-07. Apart from Bengaluru, cities like Mysore, Mangaluru and Hubli have contributed significantly. The IT sector has witnessed an aggregated revenue of $147 billion in 2015, as reported by NASSCOM.

We have to reimagine beyond the traditional processes of business and enable micro-entrepreneurs to leverage the potential usage of technology.”

He was chairing a panel discussion on the reach of technology in Tier I and III cities, between Avinash Vashishtha, Chairman and Managing Partner, Tholons Capital; Raghu Cavale, SVP and Head (India Business), Infosys; and Biren Ghose, Country Head, Technicolor India.

Bengaluru 20 years ago is where Mysore, Shimoga and Hubli are today

Avinash said, “Twenty years back Bengaluru was a place of R&D that formed the pillars of the city. Bengaluru was one of the top 110 cities in India because of its talent pool. Likewise, Tier II and III cities today need to focus on creating the pipeline of talent and build infrastructure and produce industry-ready talent in future. One of the key challenges I found in small towns is the inability to attract middle-level management because of the lack of international schools for kids. Apart from talent pool, it is very crucial for a city to have the strong ecosystem in place.”

Infosys is now present in Mysore, Mangaluru and soon in Hubli

Raghu said, “In Bengaluru, most of the startups started following an extremely global culture, and it starts with Infosys. We have set up new practices at Infosys and we have the best-equipped centre in Mangaluru, comprising a huge number of youngsters. Lack of connectivity in Tier II cities restricts the escalation of global business from there. Moreover, small towns and cities should have strong medical facilities to prevent people from going out of the hometown.”

He then posed a question to Biren on what made him set up Technicolour in Bengaluru and how the Tier II and III cities can take learn from that.

Biren said, “We have been in Bengaluru as an India subsidiary of Technicolor for the last six years. We believe that animation will redefine the way stories are told so far. Bengaluru has been the fertile land for knowledge and science and it has incubated the IT industry here. Our industry is just another flavour of using the same fertility in Bengaluru and the other parts of Karnataka and how you can curate a business from scratch. We should start focussing on the big ideas coming from small towns like Tumkur, Dharwad, Devagiri, Hubli and Gulbarga. Using this technology, we are able to give not only funding but marketing and distribution and reach to people. Facebook has 50 million companies and 30 per cent of the companies do business from their hometown.”

He added that Karnataka needs to use the currency called bandwidth not only in Bengaluru but also in other Tier II and III cities.