Madhav Krishna is on a mission to educate low-income populations 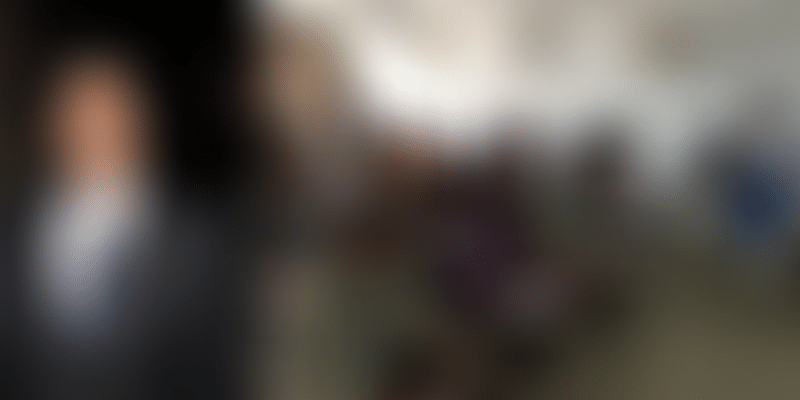 Madhav Krishna wants to make education more accessible and effective for underprivileged communities. From an immigration rights activist in the US, to running Vahan, a mobile education platform for low-income populations, the 31-year-old’s journey is inspirational.

Born and brought-up in an upper middle class family, young Madhav did his schooling from Delhi Public School, R K Puram in New Delhi. The programming bug bit him when he was just 12 years old. Madhav owned an Intel 80286 with 2MB RAM, which barely ran Windows 3.1. He started programming in BASIC, a language that can invoke nostalgia in every computer engineer of his generation. Madhav was fascinated by how you could give instructions to a computer and make it do things you wanted. He participated in every school-level programming competition and joined programming clubs. Hence, the decision to study Computer Engineering came naturally to him. So what made this engineer want to navigate startup waters?

While pursuing Computer Engineering at Netaji Subhas Institute of Technology (NSIT), Delhi, Madhav became interested in Artificial Intelligence (A.I.) and Natural Language Processing (NLP). After completing his Bachelor’s degree, Madhav decided to pursue a Master’s in Computer Science in the US. He went on to do a specialisation in A.I. at New York’s Columbia University. He recalls,

“I graduated from Columbia University in 2008 – the worst time to graduate because the recession hit the US. After many weeks of interviewing for positions that would soon get cancelled, I got a job at a startup. I was given ownership of various product features and had to take them from the design stage through iteration. I enjoyed the experience tremendously and went to work for three successful startups in various spaces over the next seven years.”

The entrepreneur in Madhav started taking shape. He was ready to start his own company, but soon realised that as an immigrant, he could only create a company on paper. He would not be allowed to work for it, as an immigrant’s job has to be in the control of a permanent resident or a citizen. In the capacity of an Ambassador at Mark Zuckerberg’s political advocacy group, FWD.us, Madhav campaigned hard to raise awareness around the current state of immigration laws in the country, stressing on the need for reform. “My experiences with running-up against the immigration system in the US also contributed towards my decision to move back to India to run my own startup,” Madhav says.

Madhav recalls the story behind the formation of Vahan. “A couple of years ago, while visiting my home in Delhi from New York, I joined my parents in handing out food to passersby outside our home. Midway through the service, a kid in ragged clothes came up to us and I served him some daal and rice. He gave me the brightest smile and then hugged me! It was an epiphany, I teared up. That kid had not been fortunate like me to be born in a middle-class family and was probably going to live his life entrenched in poverty. I asked myself how I could change that,” Madhav says.

After some deep introspection in the days that followed, Madhav decided to make it his life’s mission to help make education more effective and accessible for the low-income populace. The idea for Vahan was born here. Madhav says, “I had a senior role at a successful startup in New York when I decided to quit and work on Vahan full-time. My job there was engaging and fulfilling, but I left nevertheless, because I felt more passionate about my mission of bringing education to the masses.”

Serendipitously, he was introduced to Umesh Malhotra of Hippocampus Learning Centers (HLC) around the same time. Umesh mentioned that at HLC, they found it challenging to train their teachers in English. After researching people from low-income communities looking to learn English, they found that the lack of resources for practicing was one of the biggest reasons they weren’t able to learn the language effectively. Madhav decided to focus on solving this issue.

“Our goal is to mimic language immersion for low-income English language learners through a mobile application,” Madhav says. Vahan is not the sole player in the mobile education startup space. Moreover, the education space is a tough nut to crack, especially when your target customer is at the low-income level. Startups fail despite creating great products because they find it difficult to acquire and engage users. Madhav tells us how early they realised that solving distribution was going to be key to their success.

“An enormous opportunity existed in selling our solutions to skills and vocational training institutes, since there is a government mandate for training 500 million adults by 2020 through the private sector. It turned out that the vocational training market in India is worth about $5 billion and English language training is about one-third of that – a pretty significant niche,” Madhav says. They also realised that skills training institutes find it difficult to train their candidates in English because of the lack of good English teachers and the dearth of an effective curriculum. Further, many were seeking digital learning solutions to scale their operations. The grounds for disruption were set, and Vahan grabbed the opportunity.

A major section of India’s young population is currently attending skilling programmes in order to get jobs in sectors such as retail, hospitality, beauty, and wellness. Madhav developed the Vahan mobile platform, using which these youngsters can practice their English speaking and listening skills. Through Vahan, they are able to learn important aspects of communication in English such as introducing themselves, speaking with customers, exchanging information, and asking questions.

Madhav says, “Our target audience consists of 17-30-year-old adults, who are looking to learn English to improve their employability. At the moment, we’re focussing on South India, but this audience exists across the country, and even internationally.” Vahan’s three-member team is already running pilots with Magic Bus, one of the largest NGOs in the country, and with LabourNet, one of the largest skilling institutes in the country.

Madhav is happy about the impact Vahan’s pilot projects have created. “We piloted our platform last year in collaboration with a few community-based organisations in New York that provide free English classes to low-income immigrants. Over a 12-week period, we found that our users’ English proficiency improved by 63 per cent more than that of non-users.” Vahan’s

learning platform works on voice, SMS, and messaging apps like WhatsApp. Vahan is at a pre-revenue stage currently, but Madhav’s primary monetisation strategy involves selling SaaS licenses to English training programmes. “We can also sell our solution to corporates to train their employees in English,” Madhav adds.

Madhav’s journey has just begun, as he is currently developing partnerships with organisations that have access to an existing network of young low-income population. These include skilling institutes like EduBridge, Yuva Parivartan, blue-collar job networks such as Babajob and TeamLease and NGOs like Quest Alliance and Digital Empowerment Foundation. With this win-win situation his startup has created for these organisations, and their beneficiaries, Madhav believes his journey is going to be an impactful one.