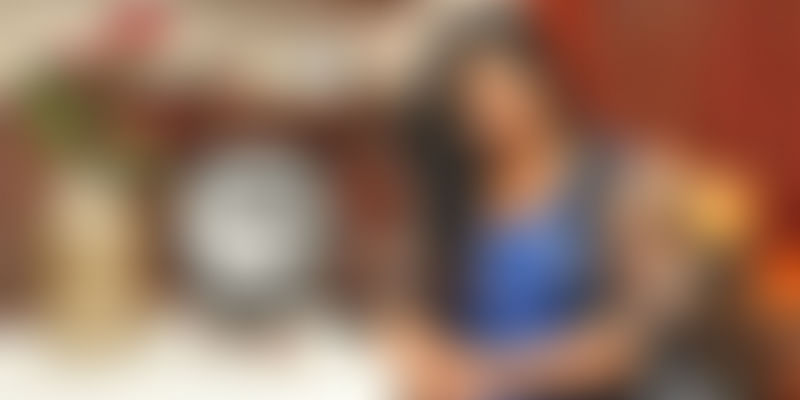 In a dynamic, technology-driven world, making the right career moves and landing a suitable job at the right time is not easy. Nithya David knows this first hand. She is a veteran in the HR space, having started her venture- Upstream almost nine years ago. In conversation with HerStory, Nithya shares how she stumbled into the world of corporate recruiting without a background in HR, but is now enjoying her journey.

Nithya started her career in the advertising industry as a client servicing executive at J. Walter Thompson (JWT) in the year 2000. Over a course of two years, she was exposed to the workings of the advertising industry. At one point she was managing the account for Lifestyle and visited Bengaluru where the brand was setting up a retail store. Impressed by Nithya’s dedication to getting the work done (she was up till 3 am tidying and decorating the store with other support staff), a client head offered her a job with the company.

Nithya then moved to Dubai to work as a marketing coordinator at the Landmark Group (which owns Lifestyle brand). With a focus on the baby shop segment she was in charge of planning, strategy development and brand building for eight territories across the UAE. After two-and-a-half years in Dubai, Nithya moved back to India after her getting married and joined Ogilvy & Mather.

While out for work she had a chance interaction with noted Bollywood Director and Actor Shekhar Kapoor at an event. Shekhar had just launched Gotham Comics in India, and Nithya’s husband, a big comic buff, had spoken to her at length about different characters and comic books.

So armed with that knowledge, she went upto Shekhar and started a casual conversation about comics. He was quite impressed that she knew so much about them and set up an interview for her at Gotham comics. Nithya cleared the interview and joined the firm’s marketing division and was also tasked with handling media sales, PR and promotional activities. She also got involved in creating content for various projects and in cross-brand promotions.

In late 2007, Nithya was working with Gotham Comics as a consultant and had the flexibility to take additional projects. She had a chance meeting with one of her ex-bosses who was looking for a new job. Nithya helped him out by putting him in touch with an HR who was looking to hire. After her ex-boss joined the company, the HR head thanked her and asked,

Can you send us more people?

Though she had no formal education in human resources(HR), Nithya realised she had the knack for it. So she considered entering the sector full time. No one in her family had started their own business. So there were naturally apprehensive. Her father advised her not to take it up as it could be a big risk.

Undaunted, Nithya calmed her family’s fears and said that she would try her luck for three months and if things didn’t work out she would go back to a 9-to-5 job. The decision was made more difficult as she also got an offer letter from her dream company- Madhura Garments the day she decided to start her venture Upstream. But now after running her company for nine years Nithya says she has no regrets.

While Nithya has tasted success, she has faced many challenges too. Two years after she started the venture, the recession hit and almost all the companies had to put a hold on hiring. While most job seekers are professionals, Nithya says she has come across people who don’t abide by their contracts. She explains,

HR is a very tough industry. Some people take you for a ride. Even after confirmations about their intentions they leave their jobs with no notice and in some cases even senior folks don’t join at all.

Having been in the space for a long time Nithya inherently knows and understands what recruiters are looking for, despite her lack of formal training in HR. So she helps and trains prospective job seekers in better understanding the company they are applying to and the key areas the recruiter would focus on. One of the biggest learnings from her journey is the importance of truth. Nithya says,

People don’t want to hear the truth. Even when they know they have messed up their careers, they look at me for comfort. I try my best, but it is hard to be diplomatic all the time. Sometimes you have to tell the truth.

Passion and belief are very important to Nithya. She says, “I have great respect for the brands I work with and truly believe in them. Trust is very important when it comes to business.”

Currently a one-woman show, run with a few interns, Nithya likes to give every client her one-on-one time as much as she can. Now she aims to build a team and go after bigger clients in 2016. Apart from work, Nithya’s other passion involves running a style blog- ‘stylesisters’ with her sister and trying to maintain a balance between work and fun.