[PhotoSparks] Invest Karnataka: why Bengaluru is the innovation capital of India 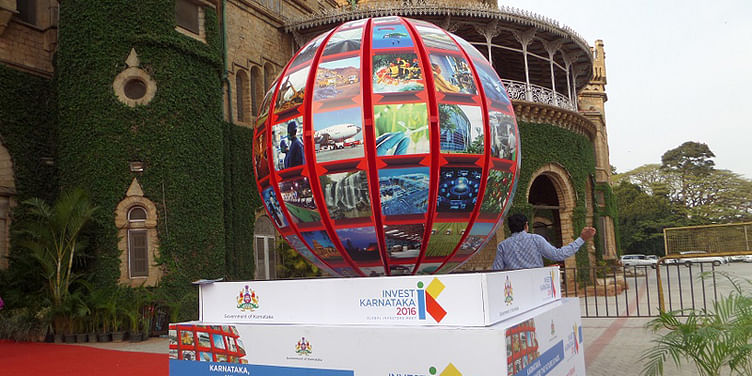 PhotoSparks is a weekly feature from YourStory, with photographs that celebrate the spirit of creativity and innovation. In this photo essay, we showcase the entrepreneurs exhibiting at the Invest Karnataka 2016 summit in Bengaluru.

Karnataka is widely regarded as one of the most progressive states in India for investment and industry, and Bengaluru is generally regarded as the IT, BPO, BT, science, research and startup capital of the country. Though concern is growing about urban problems such as traffic, crime and waste management, the outlook for entrepreneurship and investment remains upbeat. The city’s educational institutes, IT parks, venture capitalists, and incubators will continue to drive the startup spirit, along with the good weather, trendy eating spots, music festivals and micro-breweries!

Industry heavyweights, overseas manufacturing giants, policymakers and startups rubbed shoulders at the Invest Karnataka 2016 summit in Bengaluru this week. While much media attention focused on the lofty announcements from the high stages, there was also lots of action in the exhibition area – as shown in this photo showcase of women entrepreneurs, app developers, handicraft manufacturers, artists, designers, other SMEs, and even a dance troupe.

Come meet the founders of Aishwarya Jute House, FeelBambu.com, Swayam and M.L. Foundation, as well as artist B.D. Jagadeesh – and a whole host of other entrepreneurs in this edition of PhotoSparks! (See also YourStory’s detailed coverage of Invest Karnataka 2016 here.)