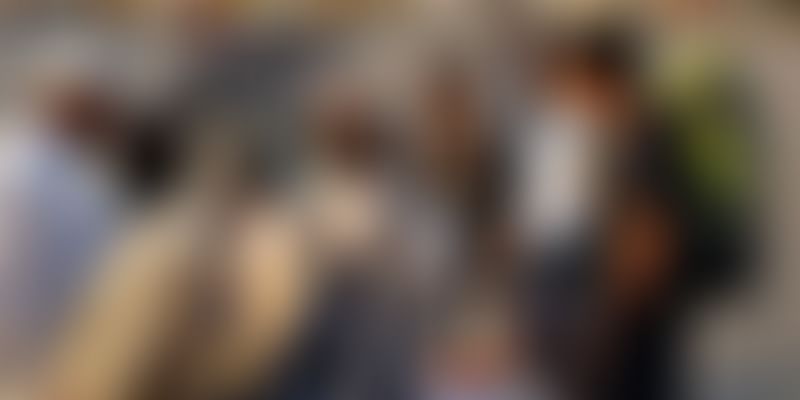 Sushil Reddy, 26, holds a dual degree (B.Tech and M.Tech) in Energy Science and Engineering from the Indian Instiutte of Technology, Bombay (Mumbai). The 2013 graduate joined kWatt Solutions, a solar energy startup incubated at IIT-B. Nothing much unusual about that.

But when this young lad decided to tweak a bike to make it a solar-powered, motor-assisted bicycle, he took a sharp turn to Destination Unusual. In December 2015, Sushil decided to take the bike for spin, and so began his journey from Mumbai to Goa.

The adventures with Solar Etwin

It all started with making an e-bike. Sushil began modifying the ‘Btwin MyBike’ bicycle and rechristened it ‘Solar Etwin’, the solar-powered, motor-assisted electric twin of the Btwin bicycle. A motor-powered bicycle assists in pedalling and eases the effort on flats and positive gradients.

Sushil bought the necessary equipment and got cracking. A few welding sessions and alignment adjustments later, it was time to test the e-bike system on ‘MyBike’. The initial results –was an average speed of 20 km/hour and a mileage of 25 km per charge on reasonable flats. Many rounds of testing, analysing results and re-tweaking later, the motorised version of bicycle was ready. It was now time to solarise Etwin.

To put the Solar Etwin to the test of tests, he came up with the idea of cycling from Mumbai to Goa along the Konkan coastal route.

Sushil also wanted to spread awareness about solar energy while on his expedition, especially in the villages that are devoid of electricity in the Konkan region. Sushil carried efficient and cost-effective solar battery chargers developed by kWatt to distribute for free to the villagers.

Sushil joined a group of 10 other cyclists and a support vehicle led by an experienced campaigner, Milind Chitley from Hills & Trails. Help poured in from all quarters. He says, “I approached Himanshu Singh of Decathlon who helped me by giving away the cycling accessories for the journey. I got in touch with Ashish Sood from HASTA – MTB Himalaya to help me spread the word about this ride. Holidify and Cycling Cities helped spread the word about this ride with a cause.”

From Mandwa, the group of cyclists started pedalling to Alibaug, Kashid, to their destination for the day, Murud. Some motorcyclists stopped Sushil to ask him about the bike and asked how solar energy powers the motor. The first day ended after reaching Murud, clocking 60 km, just after sunset. The cycling trip on the second day took them from Murud to Harihareshwar, a 70 km ride. As gratitude and in a bid to spread awareness about solar energy, Sushil gave away solar battery chargers to the locals.On day three, Sushil cycled from Karde to Velneshwar. He noticed solar street lights en route. Conversations with villagers revealed that although there were solar street lights installed by village panchayats and the panchayats understand the value of solar power, they were not well maintained.

Clocking another 65 km on day five, Sushil cycled from Velneshwar to Pawas and crossed the Tavsal Jetty. Sushil adds, “It was interesting to see the Tavsal Jetty control point powered using solar energy with 200 watts of solar panels. The local bodies at Tavsal encouraged solar power for the people as an alternative source.”

Recce around Ganpatipule town and talking to the people revealed that many villages on the outskirts suffered from frequent power cuts. Sushil explained to the people how solar energy could be used, gave demos and donated a kwatt solar battery chargers.

Day six was the longest, with a 90-km ride from Pawas to Kunkeshwar. The penultimate day of the ride took Sushil from Kunkeshwar to Vengurla. Sushil was happy to see solar water heaters being used at the night stay.

The final day of the ride began on Christmas morning. Sushil adds, “We were excited to make the final dash to our destination – Goa. We reached Aronda Bridge which is on the Maharashtra – Goa border,” Sushil recalls.

Sushil now has enough data to work on an efficient and market-ready model for the solar Etwin.

Key takeaways from the trip

Sushil’s trip gave him insight into not just the solar Etwin’s performance but also on the adoption and scope of solar-powered devices in the Konkan region. Sushil says that though solar energy is used in some villages on the Konkan Belt, maintenance is still an issue as the responsibility is not defined or adhered to. He adds,

A lot of solar water heaters were in use by the houses which was a good sign. In some remote villages on the coastal route, getting electricity even for a few hours is a big question mark. In these villages, people still use kerosene which is toxic and expensive in the long run. They spend Rs 600 annually to buy subsidised kerosene; the same amount can be used on solar lamps. It’s a one-time investment.

“There are exciting times ahead,” says Sushil about solar energy’s prospects in India. Government of India launched the Jawaharlal Nehru National Solar Mission, under which the target is now to generate one lakh MW of solar power in India by 2022. Sushil adds,

There is an estimated requirement of three lakh skilled solar professionals comprising of multiple skill set ranging from research, design, engineering, installation, operation and maintenance, sales and marketing. Currently, there exists only 4000 MW of installed solar power in India and the number of skilled solar technicians in India is approximately 40,000. There is a huge gap in the skilled manpower to achieve this target and creating awareness about solar energy amongst people is one of the key aspects.

Sushil wants to continue being an active member of the renewable energy sector, especially solar energy, in India. On a parting note, he says, “My dream is to unite people, spread awareness, use technology and build an ecosystem to sustain an India that runs on solar power.”