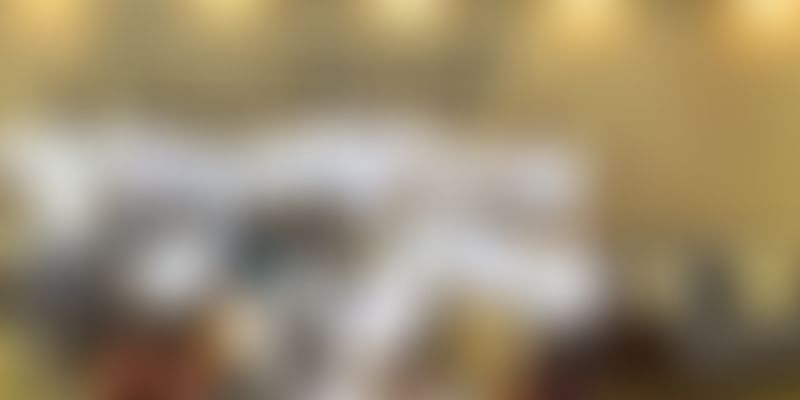 Furniture shopping is no longer the chore it once used to be. Online marketplaces, furniture rental companies, and interior design platforms have made the task of choosing the perfect décor and furniture for your home simpler. Even marketplaces and rental companies are now diving deeper to bring in much-needed customisation and augmentation. Players like Furdo work in this space, and now joining this bandwagon is woodBOX.

The idea of woodBOX came to Shalil Khanna, who has decades of experience in the manufacture of high-quality solid wood furniture. Though the products were widely accepted within the interior designer community, the model had limitations in terms of scale on account of high customisation.

Working along the gaps

Around the same time, Anurag Mehrotra, who had known Shalil since childhood, identified the potential of the product. Krishnakant Thakur also came on board and the trio started their journey of making woodBOX a scalable and consumer centric brand. However, it was Gautam Singh, Anurag’s school friend, who came up with the idea of augmented and virtual reality. It was his experience in consumer-facing motion-sensing technology that brought about the Eureka moment.

The co-founders each brought their individual expertise to the venture. Anurag Mehrotra holds an MBA from AIM Manila and worked in financial services prior to woodBOX. Krishnakant Thakur holds an MBA from IIM Bangalore and also has a financial services background. For three years, the duo co-promoted various ventures under LionVentures. Shalil Khanna had been running his own furniture company for two decades, while Gautam Singh, an IIIT graduate, had worked for established IT companies in India and the US.

Krishnakant says that at one end of the spectrum are the high-end retail showrooms and at other end are the marketplaces. “None of these provide the customisation required, and a one-size -fits-all philosophy does not apply to this segment. The choices provided to the consumers are also limited owing to mundane designs,” says 34-year old Krishnakant.

“We also want to ease the customer discovery process by making use of technology where the consumer can see the product in their home without stepping out, with the help of our augmented reality app– WBinteriAR,” adds Krishnakant.

For consumer discovery and superior experience, Krishnakant says woodBOX is investing heavily in technology, and with WBinteriAR it has bridged the gap of visualisation of showroom furniture in a living room setting. woodBOX works on a ‘Made To Order’ concept.

woodBOX went live in October last year and launched its consumer-centric Augmented Reality app in December. Over the past few months, the company claims to have closed over 30 orders with an average ticket size of Rs 80,000 per order.

This has been through the online channel as well as the experience centre in Chandivali, Mumbai, from where the company sells other product categories as well. woodBOX has also created a pipeline of orders from the B2B (interior designers, architects and channel partners) and B2C channels.

woodBOX has raised $130,000 in seed funding. Its focus over the next one year is to expand its presence from the current six cities – Mumbai, Navi Mumbai, Thane, Pune, Nashik, and Surat – to another 20 cities by the end of this calendar year.

With apparel in first place, the furniture market seems to be next segment that will leverage augmented reality. Organisations like Livspace, which already has DezignUp and Dwll. in in its kitty, is also looking at the augmented reality segment. Apart from woodBOX, there is also Furdo that focusses on an augmented and virtual reality space.

In India, the home design and decor market is poised to grow to $ 25 billion by 2015 from $3 billion in 2010, fuelled by an over 25 per cent year-on-year growth in the organised retail sector.

With the likes of UrbanLadder and Pepperfry, there was a push towards establishing a behaviour for buying furniture online. In India, it was a big shift in behaviour considering furniture in most homes were either family- or legacy-owned, or had to be made by a carpenter.

Over the past one year, the rental furniture space too has witnessed the debut of startups like Furlenco, Wheelstreet, Rentomojo, Etashee, SmartMumbaikar, and Rentsetgo.