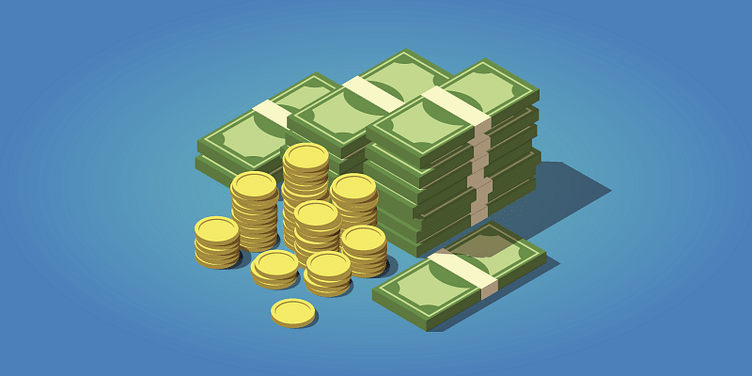 The current financial year, which witnessed significant disruptions due to the coronavirus pandemic, is ending on Wednesday.

India has emerged as the biggest recipient of foreign portfolio investments this fiscal with net inflows worth Rs 2.6 lakh crore, driven by ample liquidity in global markets and hopes of faster economic recovery, according to experts.

The current financial year, which witnessed significant disruptions due to the coronavirus pandemic, is ending on Wednesday.

Investments in the equities segment touched Rs 2,74,503 crore, which is the highest quantum of money recorded ever since the National Securities Depository Ltd began making FPI data publicly available.

Previously, the highest inflow of Rs 1.4 lakh crore into the equities space was witnessed in the financial year 2012-13.

Going forward, he said that IT, financials, cement and pharma have high earnings visibility, and therefore might attract increasing FPI inflows in FY22.

In 2020-21, foreign portfolio investors have put in a net sum of Rs 2.74 lakh crore into equities and pulled out a total amount of Rs 24,070 crore from the debt segment while hybrid instruments saw an inflow of Rs 10,238 crore, as per data available with the depositories.

Between March 2020-March 2021, foreign portfolio investors have been net buyers in all months except March, April, May and September 2020.

"The massive fiscal stimulus by governments and monetary stimulus by central banks has led to inflows into select emerging markets. India has been the biggest recipient of FPI flows in FY21 amongst emerging markets because of the stronger recovery in the economy and surprise in earnings growth," Rusmik Oza, Executive Vice President and Head of Fundamental Research at Kotak Securities, said.

Further, India witnessed an addition of more than $100 billion to its forex reserves which helped the Indian rupee to remain steady against the dollar and other currencies.

Last financial year, foreign portfolio investors were net sellers as they had pulled out Rs 27,528 crore.

Despite pandemic woes and concerns over the economy, domestic stock markets have performed well this financial year, giving substantial returns to investors.

Himanshu Srivastava, Associate Director - Manager Research at Morningstar India, said there was a gush of foreign investments into Indian equities after the US presidential elections, which has continued unabated.

Availability of excess liquidity in the global markets and low-interest rates that diverted foreign flows into emerging markets like India were among the other factors that ensured the sustainability of the investment flows, he noted.

Immediately after March 2020, when the scale of the pandemic was realised, the markets saw major corrections and the general expectation was that the world economy would take a long time to recover, in response to which, the western economies and primarily the US printed money aggressively to stimulate their economies, Harsh Jain, Co-Founder and COO at Groww, said.

Massive amounts of money flowed into India and helped the markets recover. This massive inflow, however, has not been seen in other emerging markets, he said, adding that this clearly signals that foreign portfolio investors expected India's economic recovery to be much sharper and faster than other emerging economies.