For 15 years, this man has single-handedly transformed the future of hundreds of children in a slum 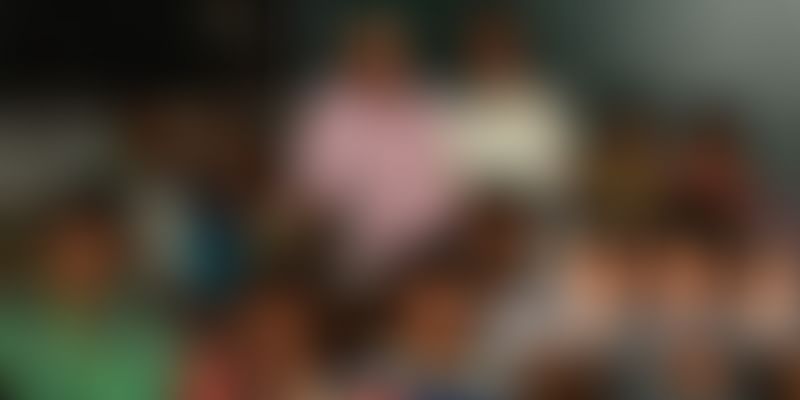 According to Oxfam India, India has the largest population of illiterate adults in the world. About 287 million Indians cannot read and write, accounting for 37 percent of the world’s illiterate population. Kamal Parmar, who runs an auto and metal fabrication workshop near the slums of Bhudarpura, has been running an after-school programme in the streets of Ahmedabad, Gujarat, for the last 15 years.

I was standing outside my factory and saw around 20 students from the Municipality School going back home after their exams. I was shocked to learn that none of them knew how to read and write. And the most surprising part was that they all were in eighth grade.

Kamal conducted a survey of 400 students in his area, and discovered that only five of them were literate. That’s when he decided to start the programme. Every day after school, Kamal teaches the students everything from the alphabet to preparing for school exams to higher education material. Over 15 years, the programme has grown from 10 students to 155 today.

According to The New Indian Express, every evening the pavements of Bhudarpura’s Ambawadi locality wear a different look. It transforms into a classroom. School children from the nearby municipal school gather for their regular tutorials. On the opposite side of the street, there is a kitchen where food is prepared for them. “I teach them for two hours every day, and then we all have dinner together,” said Kamal. “Due to the dinner, a lot of students are attracted here,” he added.

“Imagine, those who couldn’t read and write once are now engineers and doctors and managers at a bank. For me this is success. I just have one request to the people at large…try to educate just one child a year, and see the difference it makes in society,” said Kamal. The biggest indicator of his success may be something else altogether: some of his former students have come back to teach alongside him.