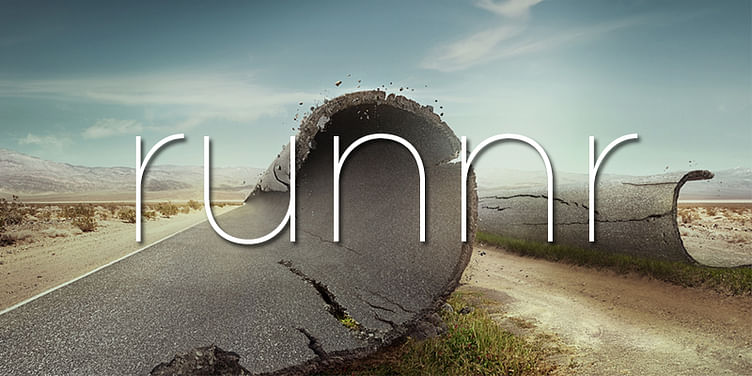 The nascent on-demand economy continues to make news for reasons good and not so good. While the first half of last year was flooded with funding announcements of on-demand startups, post-second half we witnessed a correction in the form of consolidation and demise of several me-too startups. Right from heavily-funded Grofers, Peppertap to the relatively smaller ones to raise funds - Roadrunnr, TinyOwl and Pickingo, all of them have found it hard to stay away from media attention for news beyond their operations.

Bengaluru-based Roadrunnr, which has been grappling with its share of operational issues, now seems to have landed in legal trouble over copyright infringement and intellectual property rights for its name. According to YourStory’s confirmed sources, the company is facing legal recourse over intellectual property right (IPR) from an unknown company.

A visit to the Roadrunnr’s website shows a message citing upgradation work. However a link on the same homepage directs to Runnr.co.in. On being contacted, Mohit Kumar, Co-Founder, Roadrunnr, rules out any legal confrontation. He says,

We are experimenting with the brand name.

Given the fact that the company has changed business models almost three times in last eight months, experimentation with brand name might be added burden. Started as a B2B delivery platform in February last year, Roadrunnr had switched focus to e-commerce delivery in the second half of the last year. It soon started exploring opportunities in 'dark store model'. Dark store model essentially facilitates last-mile delivery solution for e-commerce companies through multiple hubs in a particular city. However, Roadrunnr currently backs to powering on demand deliveries.

One of the sources claims,

Roadrunnr has been embroiled in this IPR brawl for over three weeks and has hired a law firm that specialises in dealing with intellectual property rights.

At the time this story was published, Roadrunnr had not responded to any of the emails sent by YourStory seeking comment.

The recent pivot seems to be in line with the expected merger of Roadrunnr with Mumbai-based TinyOwl. Both backed by common investors, Sequoia Capital and Nexus Venture Partners, reportedly looked to merge, as fresh funding looks difficult with independent operations. Importantly, DST Global was in talks to pump capital into Roadrunnr, but the Moscow-based investor backed out for unknown reasons.

Earlier this month in a similar incident, Bengaluru-based Houzify had alleged that Facebook took down its page without warning, after US-based Houzz complained about trademark infringement. Houzz had served a legal notice on Houzify, claiming that the Indian company was infringing on its trademark. Houzify has investors including TA Mohandas Pai , who expressed disappointment over Facebook's move.

Startups are a new phenomenon and they are growing very rapidly. The scope of conflicts over IPR, trademark and patents will eventually grow substantially.

According to YourStory’s sources, over a dozen of startups across various sectors, including e-commerce, healthcare, and pharmaceuticals, are currently involved in legal tussle of various natures.

While legal battles for startups were earlier limited to western countries, the trend seems to be catching on in the Indian tech startup ecosystem. Five years ago, India wasn’t a focus area for global technology giants. However,they now see India as a major enabler for their growth. “Unprecedented interest of global majors and increasing competition in domestic market will certainly breed more legal conflict in time to come,” adds an IPR and trademark expert.

Update: In response to our mail, Roadrunnr's spokesperson responded,

Roadrunnr is going through a rebranding exercise that is not related to any case.

The company has also clarified on fundraising and business model after the story was published. Their spokesperson mentioned the following: