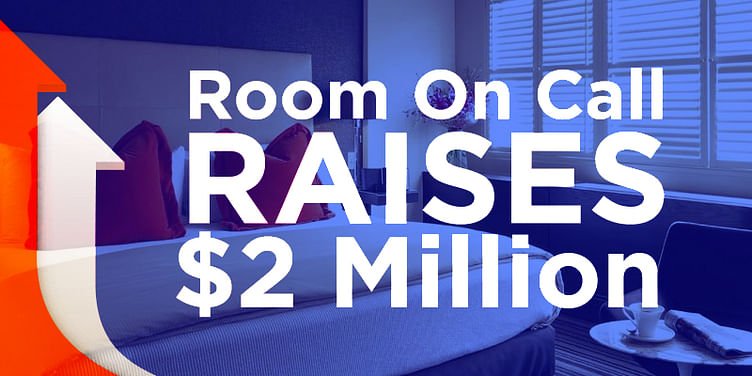 Room On Call (ROC) has become a strong contender in the burgeoning curated budget hotel aggregator market, having raised their second round of funding of $2 million today, led by CASH Ur DRIVE. Currently operating across 42 locations, ROC will use these funds not only to expand across India, but also to encompass non-star hotels, and develop and standardise their infrastructure.

The Gurgaon-based startup was founded in May 2015 by 37-year-old Amit Goel, formerly of eBay; 35-year-old Nirupama Dhawan, formerly of DHL Express; and Pradeep Kumar Sajjan, formerly of Pepsi and LNJ. Abhishek Kumar, Director of Strategy and Investments at Microsoft India, is also an advisor and shareholder. They attracted their first round back in September 2015 from Payal Syal, a US-based investor, and a senior executive at Yahoo. They pumped in seed funding of $300,000 into the then seven-month-old startup, which helped them grow to over 42 locations, with 400 hotels, and a total inventory of over 8,000 rooms.

Room on Call, a name strategically chosen to immediately communicate the brand’s value proposition, is exclusively for those looking for branded budget accommodation. With a simple click, travellers will be able to choose their preferred destination from an array of the choicest properties, including prominent guest houses, boutique hotels, and hotels. A 24X7 helpline also facilitates booking in real time, in case one is off the grid. “Our endeavour is to empower everyone to enquire, analyse, and book accommodation without any barriers and anytime, even without the Internet,” says Nirupama, co-Founder and COO at Room on Call. She states that their customer acquisition cost is relatively low, as they are mainly targeting the 975 million odd mobile users, rather than the 3 per cent who use an app. However, ROC has also introduced a mobile app. At this stage, the company clocks 20,000 room-nights booked each month, with a GMV of Rs. 2 crore, growing at a CAGR of 75 per cent since they commenced operations.

This fresh funding will be used to strengthen operations in metros, for expanding their presence in Tier II and III cities, and to bring in more efficiency in their services. Nirupma Dhawan, Chief Operating Officer, Room on Call said,

By the year end, we aim to propagate our operations across 150 locations and aggregate 20,000 rooms in India, thus growing 200 per cent. We also aim to put together those non-star categories under one brand and then standardise properties to give an unforgettable hospitality to our customers.

The company also wants to increase the team size to at least 80 in the coming year from its present strength of 27.

The pioneer and apparent market leader is OYO Rooms, having raised two massive rounds of funding last year – $25 million from Sequoia, Lightspeed and others, followed by $100 million from SoftBank. Now eyeing unicorn status and seeking a $400 million round, OYO is present in 130 locations with over 30,000 rooms in curated inventory. Making its stance even more formidable was the checkmate move of acquiring arch rival ZO Rooms, another heavily funded insurgent in the market, previously backed by Tiger Global Management and Orios Venture Partners. On the same scale as Room On Call is WudStay, funded for $3 million by Mangrove Capital Partners and Nimbuzz’s Vikas Saxena.