There's more to cab and auto services than Ola and Uber. Here is YourStory's comprehensive look at other aggregators in the market 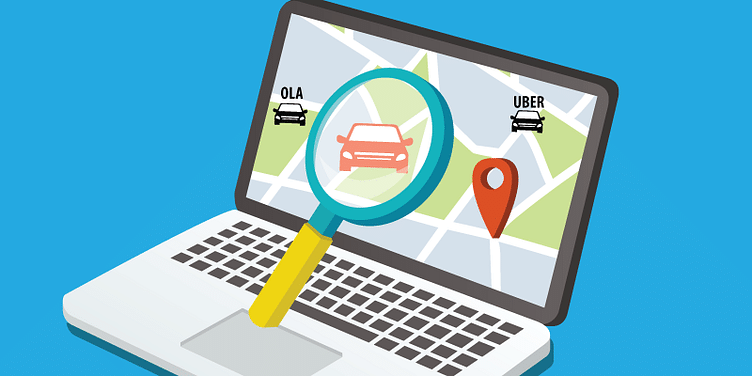 Recalling taxi services of the late 90s will call to mind the picture of yellow taxis in Kolkata, and Kaali Peeli taxis in Mumbai in crowded spaces. Who would have thought that 10 years down the line the entire market would have been narrowed down to a single app? This is the power of technology. Inspired by the success of Ola and Uber in the cab aggregator space, a handful of startups have also joined the race to taste the success of this potential market.

Even after Ola-Uber being in the market for long, there is huge scope for new operators like ApnaCabs. Our understanding is that each city throws up an opportunity like Kaali Peeli and Cool Cabs in Mumbai; and our success is in tapping this segment. In each of the geographies that ApnaCabs will enter, we intend to become a partner of the local administration. This approach will provide us the intrinsic strength,” says Srikanth Lingidi, CEO and Founder, Apna Cabs.

Founded in December 2015, Apna Cabs is an government-authorised aggregator of black and yellow cabs of Mumbai. At present, it has a network of over 1,600 Kaali Peeli taxis and Cool Cabs in Mumbai. Available on the Android platform, the app has witnessed over 2,000 downloads.These cabs run on government-mandated rates and as per the meter reading. Currently operational in Mumbai, Apna Cabs will expand to other cities like Delhi, Bengaluru, Hyderabad and Pune, and increase the number of taxis to 2,500 by the end of this year.

We are much bigger than Ola

Then there is Chandigarh-based autorickshaw aggregator Jugnoo. “We are much bigger than Ola in the autorickshaw aggregator space. Auto drivers choose us as the first preference. It is a low competition market,” says Samar Singla, Founder and CEO, Jugnoo. He adds that though Jugnoo launched in cities like Ahmedabad and Indore later than Ola, it is currently doing 3,000 rides per day in Ahmedabad and 4,000 in Indore, which are more than Ola's.

Jugnoo is currently operating in 25 cities and has empaneled around 7,000 autos under its brand. It also offers on-demand grocery and food through this auto network. Currently, it is doing around 30,000 rides per day. Jugnoo has tied up with 8,000 autorickshaws and its app has 2.3 million downloads. Samar claims that the services are 45 percent cheaper than Ola.

Recently, Jugnoo announced its intentions to penetrate 1,000 cities in the next six months. Samar says that the metro cities comprise only 20 percent of the total autorickshaws in India, while the other 80 percent are spread out across the rest of the country. The company acquired Mumbai-based Bookmycab in July last year to empanel 2000 Kaali Peelis of Mumbai.

On getting a faster foothold in the cab aggregator market, Samar explains,

We are not getting into cab aggregator space for the next three to four years. The deal with Bookmycab has not been closed yet.

In January 2016, Jugnoo raised an additional $2.5 million fund from existing investors to complete the $5.5-million Series-B round.

There are also companies that cater to female users exclusively. “Womencabs.com is a niche service provider, with double aim of providing women safety and empowerment. We have our own market and don’t compete with biggies like Uber and Ola. Our clientele consists of loyal and repeat customers who trust us for the safety, reliability and timely service, which might be a challenge for cab aggregators,” said Shailendra Singh, Founder, WomenCabs.com.

The women cab drivers need to be at least 21 years old and have the minimum qualification of Class X. The cabs are fitted with GPS tracking devices and a panic button, which can alert the control room in case of any incident. Currently, the Bengaluru-based startup does more than 100 rides per day.

WomenCabs.com's pricing model is most transparent and completely regulated as per the approved RTO rates and does not include anything like surge pricing, dynamic charges, and per-minute ride charges, which are commonly noticed across aggregator cab service providers. The startup is currently in talks with investors to raise funds.

Woemencabs is currently running a fleet of 17 cabs in Bengaluru and has on-boarded 30-plus women chauffeurs. In the next three years, it is focussing on running minimum 300 cabs and operating in eight cities.

ApnaCabs are fitted for safety, considering its female passengers. “Being a government-licensed operator, it has to enforce strict quality standards and conducts routine spot checks for all the cabs in its network. It has security device installed in each of its registered taxi with ApnaCabs command centre monitoring the movements on GPS and a panic button for passengers to call for assistance,” says Srikanth.

ApnaCabs will soon be equipped with a tamper-proof GPS device with panic button with two-way audio communication, which will be connected to its command centre. Currently, it has app-based dispatch system for drivers.

Founded in September 2015, 360Ride allows users to share a ride without any registration or transaction charges. To ensure the safety of the users, it does the verification of their co-travellers and also gives the flexibility to share rides with only females. With its ride and earn offer, commuters can earn up to Rs 1,200 by sharing their ride on four-wheelers or two-wheelers. Currently, its services are available in Bengaluru, Delhi, Gurgaon and Noida region. It does 400 rides per day and its app has 19,000 downloads till date.

Founded in March 2014, Gurgaon-based AUTOnCAB provides on-demand, ultra budget-friendly last-mile connectivity to urban commuters. It is focussed on the needs and demands of both the auto drivers and commuters and provides drivers with ancillary income options through related means, like logistics/delivery services.

We are completely focussing on the ultra budget-conscious segment, hence there is absolutely no competition with Ola. We believe that the ultra-budget segment, which we are planning to bring under our platform, is a much bigger and different market. We are doing 30,000 rides per month across six cities, Gurgaon, Noida, Ghaziabad, Chandigarh, Kota and Jaipur,” says Vinti Doshi, CEO and Co- founder of AUTOnCAB.

With a customer base of 62,000, AUTOnCAB launched its services in Noida, Chandigarh, Jaipur, and Kota. It has enrolled close to 2,000 autorickshaws so far, and in the next two years, it is planning to be present pan-India.

Vinti says, “In most cities, we are charging a fare close to the government-regulated fares for autos, plus a convenience fee between Rs five to 10.”

The company has acquired hyperlocal delivery platform Bigzop this year for expansion of core team and leverage learning of logistics platforms. AUTOnCAB had received angel funding of $1 million and is now in talks with investors to raise Series-A fund.

The cab aggregator space, unlike foodtech, healthtech and edtech, has not invited a fleet of startups, thereby making the industry less competitive. Mumbai-based Meru Cabs, the pioneer of radio taxi services, is still maintaining its leadership position, and Ola and Uber are enjoying the lion’s share of the cab aggregator market. The Indian radio-taxi market will grow at a CAGR of over 17 percent by 2020, while the taxi aggregator industry is valued at $15 billion. The less competitive nature of the market has allowed the new entrants to create niche for themselves and enjoy their own share of the pie.

We intend to grow independently and keep going with our undivided focus towards the autorickshaw market. We want to co-exist with other players in the industry by leveraging existing supply rather than creating a new one,” says Samar of Jugnoo.