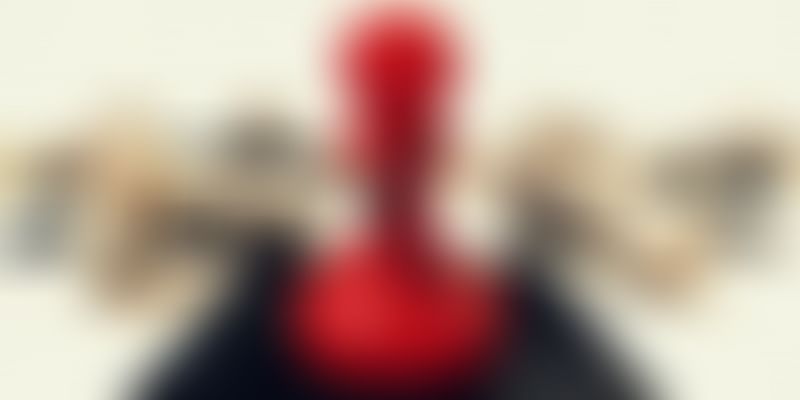 We've all heard of the legendary phenomenon of Old Man Strength (I feel obligated to write that in capital case, to give it the reverence it deserves). Sure, you may be spending hours in the gym, bulking up your appendages, but when you sit down with your father for an arm wrestling match, his burly, leathery grip pins you down. As you ponder your defeat, what you may have dismissed was the decades he has invested in everyday rote tasks, like brushing his teeth, shampooing his hair, pumping his petrol, screwing in lightbulbs, loading laundry; and unfortunately, time will not allow you to ever catch up with him. You succumb to the fact that it is an advantage he will always have over you.

I'm 36 years old, so in Startup Founder years, I'm likely considered more of an elder statesman. And rather than dwell on ageism in the startup world, it's much easier to not only accept it, but leverage that relative maturity to my advantage. I founded burrp! with Anand at the age of 25, and I can vividly remember being a brash, arrogant know-it all. While I am very proud that we were able to build one of India's most iconic Internet brands before it became trendy to start up, I look back at that version of me and contrast it to the ‘today me’, and I embrace the delta.

The today me is jumping back into the abyss with eyes wide open, but the today me also understands that we are forever students. Whether we want to accept it or not, we are always learning, primarily by making mistakes. Over the course of 10+ years of being a founder, product leader, and operator of early stage companies, I can chart how I've done things slightly differently at each progressive experience I've had. Today, for better or for worse, my newest venture TableHero will be the beneficiary of those learnings, and I thought it may be interesting to share some of those insights with you all.

Hire strictly what you need (maybe even less): When I was running burrp!, and then subsequently all of Network 18's local products, I used to believe that you should never pass on hiring a great person, no matter if a requisition was open for them or not; that a person deemed that valuable will figure out a way to plug themselves into the system and add value. I no longer believe that. No matter what the stage, I believe in data-driven headcount plans, and sticking to them. In your formative stages, you will need a baseline of headcount just to build and deliver your product to your users/customers. After that, your headcount growth should be driven by customer growth, plain and simple. That means, at times, doing the hard thing and saying no to great people who want to work with you. This is a lot harder than it sounds. You may think that you've found someone who will exponentially elevate the quality of your team, but while founders have a tendency to imagine the best-case in all scenarios, don't ignore the costs (both hard and soft) of bringing someone on when there's really no role or instant responsibility for them. It can be a drag on team morale, and can arrest whatever momentum you have going. Constraints breed innovation. So be disciplined and stick to the plan.

Encourage, in fact DEMAND work-life balance: This has become one of my pet peeves: so-called founders finding glory in pushing their teams to the brink, extracting every ounce of time and energy, eradicating any semblance of life people might have outside of work. To believe that this type of work culture is an essential ingredient for a startup to have a chance at succeeding is folly. There will undoubtedly be times of very high intensity, odd hours, late nights, weekends in the office; that goes with the territory of frequent, iterative releases (and subsequent triaging, bug fixes, and pager duty). I'm not contesting that doesn't have an impact on work-life balance. Startups, by their very nature, demand the mindset of an owner from everyone involved.All of your employees are owners of the business (or at least they should be), and owners will do what they can to increase shareholder value. But creating a veneer of hyper-productivity by holding your employees hostage to their workplace, over time, does the opposite. Are you really getting your people's best work in their 13th hour of the day, their 14th hour, their 15th hour? And while you become the unlucky beneficiary of a fatigued mind and body's inputs, you simultaneously exact a human toll on your people that is impossible to measure; mental anguish, familial tension at home, a physically unhealthy body, all of which are coming back to work day after day, where the expectation is for them to do something spectacular. Again, I'm not contending sh*t doesn't get crazy, especially in the early days. It absolutely does, but as the CEO, it is your job to recognise when your people would be better off dropping everything, going home to their families, their hobbies, their workouts, their video games, their meditation, so they can reset their minds, get the rest they need, and come back the next day even more energised to conquer the problems that perplexed them earlier. Build a culture that not only makes such balance normal, but one that celebrates it. Not only will each man hour be more productive in such an environment, you will keep morale high, your people healthy and happy, all of which will keep the cost of attrition and rehiring/training low, if not zero.

Define core principles on day one:

One of the greatest lessons I have walked away with during my time at Amazon was the importance of having a set of guiding principles (here are Amazon's, and I highly recommend you read them all; ask any Amazonian how crucial these are to internalise at the company). Now I'll be the first to admit that it is VERY easy to get clichéd, cynical, and lack seriousness when establishing these, but the key is this: this must flow from the top down. Put another way, the founders of the organisation must follow, downright ooze these principles day in, day out. And not in some superficial, Tony Robbins self-help kind of way. Founders will display these principles not because they have to actively try to,but because it is who they are at their core. In your early days, these principles will start to emerge very organically, and as founders, you should not only realise this, but capture it, treasure it, and then understand how it plays a role in your decision-making. There is one at TableHero that has emerged, which I am sharing with you now:

"Humility. Heroes carry themselves and everything they do with humility. They are extremely confident in their self-worth and intelligence, and use that assuredness to lift others, all the while keeping a low profile and staying down to earth."

We realised an interesting juxtaposition when we looked at our team: everyone we've brought on is extremely bright; but we also realised that nobody walks around with a swagger. Everyone is down to earth, and rather willing to use their extraordinary intelligence to help others, all while keeping their head down. Humility was a very clear, early guiding principle for TableHero, and it plays a part in every decision we make, especially hiring.