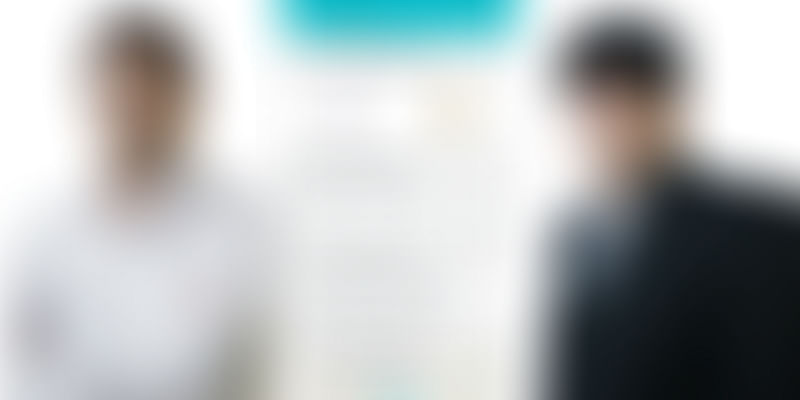 The odd-even rule is queued to be adopted in Mumbai as well, but before that, there are major lessons to be learned from the backlash that ensued against it in Delhi. Turns out, the average Delhi resident had some bones to pick about the public transport, which wasn’t equipped to take on the additional burden. A weak network of autos and buses, and the rush and long queues that came with the Metro compounded his problem. Ridlr is a startup that is working towards ensuring that queues don't pose a hindrance to the smooth implementation of this potential rule in Mumbai.

Ridlr is the brainchild of the founders of popular traffic app Traffline, covered earlier by YourStory when it garnered almost two million downloads and solved a critical problem of providing real-time road traffic information. The data gathered by Birds-Eye Systems, the parent company of Traffline, proved to be the basis for starting Ridlr.

“When we were providing public commuting information under the Traffline app, we were brainstorming on the other difficulties that a commuter has to face during local travel. That’s when we came across the idea of making public commuting cashless, which not only solves key consumer problems like carrying cash, long queues and complex procedures, but also helps improve overall efficiency of existing transportation systems," says Ravi Khemani, Founder and CEO at Ridlr and Traffline.

The efficacy of public-private partnerships

When it comes to counterparts abroad, such services are initiated and owned by government transport agencies themselves. But public and private partnerships for infrastructure development are a tried-and-tested policy in the Indian economy, and Reliance Mumbai Metro is a glowing example of the same. In tune with that, initiatives like Ridlr are only making the government’s vision of ‘Digital India’ edge a step closer to reality.

The process of booking a ticket of the application is as simple as selecting the destination and paying through the PayU mobile wallet for an e-ticket. This ticket is then to be shown to the conductor for verification.

At the very onset, in September 2015, the startup saw good traction when it roped in Mumbai Metro, and offered recharges through its Android app. “The idea behind launching with Mumbai Metro was that it already has a customer base that is comparatively more tech-savvy and convenience-seeking, compared to other modes,” says Ravi.

The startup's target audience is a daily city commuter using a smartphone.“Our use-case is primarily allowing users to travel cashless across different modes of transport. Currently, we are promoting the app through branding within and around different modes of public transport and BTL activations,” Ravi explains.

And its dark side…

On the partnership, Shirish Aradwad, Transport Manager at Navi Mumbai Muncipal Transportation, says “Our commuters face multiple issues while traveling: overcrowded buses get hard to manage for bus conductors, and the commuters always fail to tender exact change. So, Ridlr’s solution is in line with the corporation’s commitment to offer a better commuting experience to the residents of Navi Mumbai”

Now, Ridlr has also enabled BEST bus pass recharge – a mode of transport that is known to be bursting at its seams while ferrying Mumbai’s daily commuters.

While its online ticketing is yet to become exhaustive, Ridlr wants to establish its presence as a resource for anything public transport, across the country. For this, it has tied up with the local train, Metro and bus departments for complete listings, time-tables, news, delays, announcements of almost 20 cities,namely Mumbai, Bangalore, Delhi, Kolkata, Chennai, Hyderabad, Chandigarh, Jaipur, Pune, Ahmedabad, Bhopal, Bhubaneswar, Bhavnagar, Indore, Bellary, Vijaywada , Ludhiana Vadodara and Nagpur.

Ridlr is looking to build value for 11.5 million daily commuters in Mumbai, and so far, has seen over 1.5 million downloads through the Traffline app and one million downloads across the Ridlr app. They have clocked a 200-percent month-on-month growth in transactions, with a high proportion of repeat users.

The startup received funding from Matrix Partners and Qualcom Ventures in November 2015, and had even received seed funding from CIIE and the Indian Angel Network (IAN). Their scaling up plans include being available on BEST and other transportation bodies. “We want to make it a one-stop app for all transportation needs,” said Brijraj Vaghani, CEO at Ridlr.

As the Maharashtra government mulls over testing the odd-even formula in Mumbai, cashless travelling and digitisation will act as the crutches for the rule and the public transport system. The government has introduced ticketing apps like the Unreserved Ticketing (UTS) for local trains, but the bus network does not come under its ambit. This gap is now being filled successfully.