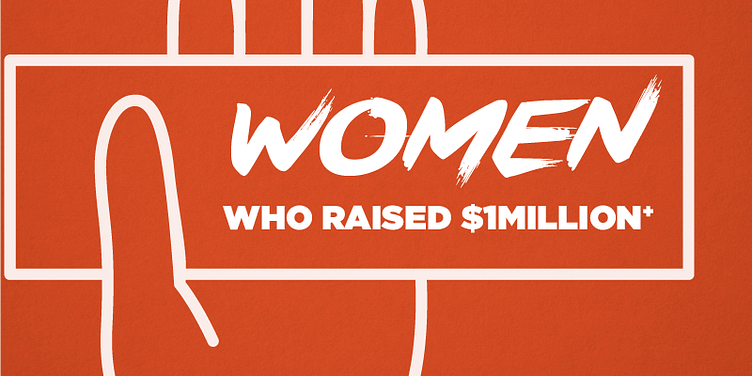 Good portents have landed in India, because women entrepreneurs have ushered this nation in its great march into the 21st century. The last two years have seen at least 172 women running or co-founding startups, entering the market and going after their respective industries. At least 25 percent of these companies have been funded and 14 of them have raised Series-A venture money amounting to $1 million or more (see chart). The next five years is certainly the era of the woman entrepreneur, who after awhile will be as accepted as a man cooking his own food.

There are social barriers being broken down too globally. “Our bank’s data shows that women are able to build, grow their business and return their loans,” says Muhamud Yunnus, Founder of Grameen Bank. He says that while the bank focusses on lending to women, globally, at the lower rung of the economic order, the signs of them becoming independent business women who can run medium-sized businesses were already being sown. Grameen Bank lends $2 billion on an annual basis, and 97 percent of this lending goes to women entrepreneurs.

One has to only travel to towns like Erode, Tirupur, Coimbatore, Chittoor, Vizag, Sangli and Solapur to see that the entire small finance industry in these regions is being controlled by women. However, these businesses are not formal businesses and we need ways and means to bring them into the organised fold. “Women can break barriers because they understand the design aspects of the business and are focussed on processes,” says Anousheh Ansari, Founder of Prodea Systems, and the first women who financed her own spacecraft to fly to space. She also sold her first startup for $800 million.

Thirty-five years ago, Kiran Muzumdar Shaw, MD of the $3.7-billion Biocon, began her career by selling yeast powder to the UB Group, where the young Vijay Mallya was being groomed to take over Vittal Mallya’s mantels. Women entrepreneurs were very few. Anu Aga, former Chairperson of the $870-million Thermax Limited, was another doyen of women entrepreneurship. But there were few other women entrepreneurs to speak of from that era.

Then, in the late nineties, there were women executives being groomed to take over big institutions. Some of them who currently run big financial institutions are Shikha Sharma, MD of Axis Bank, and Chanda Kochar, MD of ICICI Bank. There are women who ran large corporate houses like Apollo Hospital’s Preetha Reddy and TAFE’s Mallika Srinivasan. Every now and then you would find the media talking about the same set of women. But at least the drum beating has spawned a whole lot of new generation of women entrepreneurs in the fields of education, data analytics, technology, fashion, retail & food processing.

Perhaps the first serial entrepreneur was Meena Ganesh, who along with her husband, successfully built and sold at least four companies. The most well-known in their long list of startups was Tutor Vista, which was sold for Rs 730 crore to publishing conglomerate Pearson’s PLC in 2011. That was just the beginning of a new era of women who were willing to express themselves through founding companies.

After 2011, women entrepreneurship began to blossom at a faster rate. Even in the corporate world women began to succeed, and some filed global patents in the field of technology. At least 30 women, on an average, file for global patents in India every year.

“This is clearly testimony to the support of institutions and corporate over the years. The exposure that children received in the cities was far higher than what we received. Entrepreneurship is not an option today; it is a way of life. But India is a contradiction, there are several challenges that we must solve,” says S D Shibulal, Founder and former CEO of Infosys.

In late 2015, Richa Kar, Founder of Zivame, raised $40 million from Zodius Capital and others. This signalled that women-run startups can raise large rounds of money and will eventually become large companies. “The government infrastructure ecosystem should bring in more women in to the entrepreneurship fold. Their ideas should be supported and those that can become businesses need to be mentored to scale up,” says Kiran Muzumdar Shaw told YourStory on the sidelines of a Government of Karnataka’s investor conference.

It is needless to say that there are challenges.

“It only has to go up as economic growth enables them to take control of their lives over social barriers,” says Muhamud Yunnus of Grameen Bank.

That said the list is only growing, Shradha Sharma, of YourStory, Srivdhya Baskar, of Amagi Media Labs, Anu Acharya of Mapmygenome, and Sarita Digumarti of Jigsaw Academy are some names that are inspiring several women to control their own entrepreneurial fate. This reporter has met with at least 10 women-run new businesses in the last 30 days. When combined with all the reporters of YourStory the number could swell over to 40 new women entrepreneurs covered over the last one month.