The fault in our app stores and what the future holds for India’s 300,000 app developers 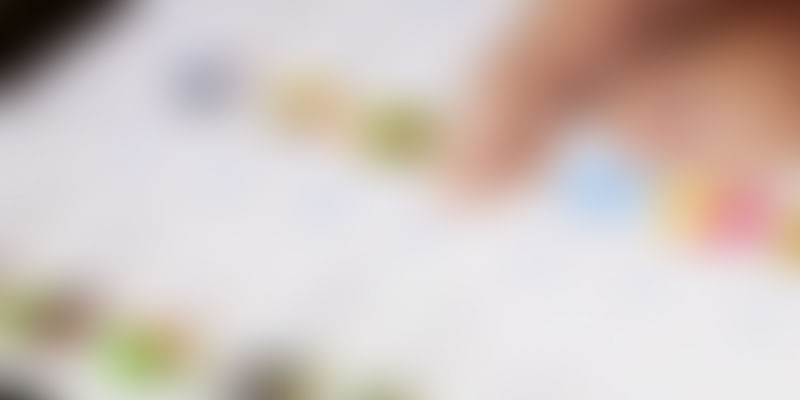 India can be considered to be a ‘mobile-first’ Internet nation that has largely leapfrogged PCs to discover Internet directly on smartphones. With 70 per cent of Internet traffic on mobile, India is an exciting place for developers and entrepreneurs. With an estimated 300,000 app developers, India is one of the fastest growing markets for apps in the world, and is already the second largest Android developer community in the world after the US.

Last week on the backdrop of Twitter India’s #HelloWorld developer tour, YourStory spoke to Arvinder Gujral, Sr. Director of Business Development, APAC, Twitter and Ali Parr, Twitter’s head of platform partnerships, International, to understand more about the mobile app sector – Why it is perceived to be a low hanging fruit but isn’t, the ‘zombie effect’ that affects apps and what Twitter and Fabric have learnt from their experience in the sector. Here are excerpts from the conversation.

The fault in our app stores

By 2014, the mobile app industry (just iOS) had started generating more revenue than Hollywood’s US box office and more developers took keen interest in it. According to Appannie.com’s Mobile App Forecast, India will be a significant contributor to the mobile download growth thanks to the influx of capable smartphones priced below $50. But on the flip side, India is also one of the markets with the highest uninstall rates because of limited capabilities of low-end smartphones.

With new smartphones and tablets flooding the market every day, app developers face a tough time ensuring their app is functional across all devices and platforms. Ali said,

The process of releasing an app to the app store is really arduous. There are a ton of steps to go through. Most cases these are simple things like updating a version number, adding release notes, and taking screenshots.

But even taking screenshots can be a nightmare. Apple requires developers to take five screenshots of their app on every device and every language it appears on. Ali added

If you have an app on all the iPhone and iPads and in multiple languages, you need to take 200–300 screenshots. That is almost a day of someone’s work.

Developers also need to keep an eye on fixing critical bugs, provisioning profiles, ensuring keys are up to date and pushing out updates. With its developer platform Fabric, Twitter aims to help app developers tackle these issues. Twitter estimates that they have helped app developers save one million hours through Fastlane, a tool that makes the process of taking screenshots programmable and faster (currently available only for iOS, with Android in development). Twitter also has a treasure trove of mobile data through Fabric, which is estimated to be running on two billion active devices. Ali said,

Last year Fabric introduced the concept of third party kits. These are software frameworks built by other companies, now part of Fabric family – Fastlane, Crashlytics, etc. There are situations, where we can’t or don’t want to build best-in-class products and if there is something interesting already out there, we look to make it a part of the Fabric family.

Since their last event in May 2015, Arvinder sees a lot of growth and awareness about mobile apps in India. He said that based on App Annie data, out of the Top 100 most downloaded apps in the last 12 months that are made in India, more than 65 per cent use the Fabric platform. He credited most of Fabric’s growth to word of mouth and referrals by app developers. He said,

The kits do what the kits do. But we are pleased in the way developers have used the platform and gone beyond it. With Fabric giving them a first taste of Twitter, many have gone further to partner with us to boost business.

Many players in India like Practo, Zomato, Lookup and legacy players like Jet Airways, NDTV have also partnered with Fabric to further leverage Twitter. With access to special kits and APIs, these players are able to interact with their audience on a deeper level, with faster response times. Arvinder added,

Practo can give you real time answers to a variety of health queries, while Jet Airway gives you quick access to flight status and cheapest flights available.

Related read from Febraury 2016: How Twitter’s Fabric will help developers cash in and leverage the app economy

For a long time, USA has been considered to be the innovation hub with the rest of the world following suit and ‘copying’ tried and tested models. Coming to software innovation, Ali sees a different picture. He said,

Increasingly software innovation is coming from Asia, parts of Europe and emerging markets. This is because these markets have unique challenges that need to be solved.

Ali cited the example of Digit, which came up after a trip to India and other SE Asian countries. He saw that there was a fundamental difference for digital identity in different markets. In the west, which adopted PCs first, email IDs were primary choice, whereas in other mobile-first markets it was mobile numbers. As Twitter was built as a global SMS platform, they knew the challenges involved with working on multiple networks running on different technology platforms. So with Digit, they helped solve this pain point with phone number sign-ins.

Talking about the popular web versus mobile debate, Arvinder noted that two two-thirds of Twitter’s users are on mobile in India. As Twitter has been around for a while and also has a ‘legacy’ user base, Arvinder said, “I would be surprised if we had any ‘desktop-only’ users. Almost all our users are active on both web and mobile.”

Ali noted that as desktops are still more powerful in certain ways with larger screens, they see good traction for Tweetdeck, their tool for power users. But in terms of engagement, smartphones are generally quite higher.

Is video the future of mobility?

With Vine and Periscope in their kitty, video is an important medium for Twitter to leverage. While Twitter is seeing good traction, with a lot of ‘scopes’ out of India, the biggest barrier currently is unstable mobile networks. Arvinder noted,

Video is picking up globally and India is not going to be an exception to the rule. India is heavily indexed on video consumption.

Currently native language video content is the main way for non-English speakers to leverage the Internet. With 4G being launched across India soon, Arvinder sees networks playing an important role in boosting Internet adoption. Data plans will become more competitive and it will be more economical for Indian users to consumer more video content. Ali noted, “Twitter’s mantra is to stand for freedom of expression and empower dialogue. Video is the fluid and most visceral method in which it occurs.”

Having travelled to different countries across the world, Arvinder noted that currently there is no standard definition or specific range for different networks. While talking to a group of CIOs of different telecom networks, he requested them to define a standard for 2G, 3G, and 4G networks, so that there are fixed standards globally.

‘Zombie effect’ and barriers to entry

Mobile analyst Benedict Evans considered smartphones to be the ‘new sun’ and centre of the technology verse in 2015. There has been a mad frenzy of app developers trying to develop the ‘next WhatsApp’, top the app stores and generate revenue. But out of the thousands that succeed there are hundreds of thousands stuck in limbo, affected by the ‘Zombie effect’ – where apps see no traction, high uninstall rates before finally being abandoned. Arvinder noted that because of low end smartphones with limited capabilities, the zombie effect is more pronounced in India.

As a result of limited real estate on smartphones, new apps have to compete with global giants, even if they are not in the same product category. Arvinder said,

Even Twitter competes with all these apps. We are no exception. With Fabric, we are trying to extend the learnings from the last 10 years to all businesses to help them go from ideation stage to success.

Arvinder noted many are now trying to start the next Tesla, but the entry barrier is extremely high. On the other hand, the apparent entry barrier for the app ecosystem is low and entrepreneurs have this notion that all they need is a techie, UI person, and a bright idea to succeed. But there is a big difference between a running a business and indulging in a hobby. He said,

Eventually maturity curve will follow its own path, exuberance will die out. Reality will set in. Those who had a real business to work with, will mature over time. They will not have an issue finding their feet on the app store (or Google play).

While IoT and bots are seeing a lot of interest in the developer community, Ali and Arvinder see apps staying relevant and at the centre for at least the next three years. But they foresee techies and developers following the breadcrumbs to wherever the barrier to entry is low or percieved to be low. Ali noted

As skilled human capital is easily available and barriers to entry are lower now for mobile with tools like Fabric, the conversation is now should we build it instead of few years ago, when it was can we build it?

While Augmented Reality, Virtual reality and ‘bots’ have caught the attention of technologists and the general public, Ali and Arvinder estimate that it will take a few years for these technologies and platforms to become mainstream and useful for the public to leverage.Talking about bots, Ali noted,

Bots are seeing interest now because they are a different way of interacting with the customer, they are lighter and you don’t need to install an app, you just interact over chat. What remains to be seen is what will ultimately replace the smartphone.