[Startup Bharat] With over 60 pc of users in small towns, how ShopX created a new digital retail model 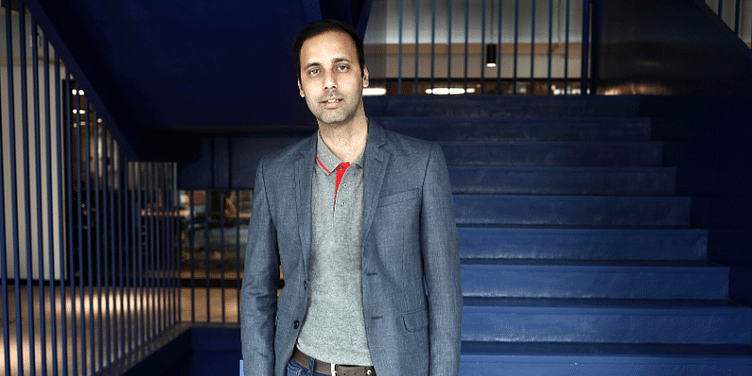 Bengaluru-based ShopX works with brands across FMCG, electronics, and lifestyle sectors and is keen to build a scalable Operating System for retail, to power merchants and customers. Despite being headquartered in a metro, its model has captured a large market of Tier-II and III retail space.

Around 2015, when the entire country had got integrated to the internet, ecommerce in India expanded at blinding speeds, with startups surpassing well beyond the product-market fit stage.

The ecommerce war had then just begun and customers in Tier-I cities were being bombarded with deep discounting models. All ecommerce players were rapidly developing themselves to gain user attention and retention.

During the beginning of 2016, internet penetration had reached the smaller towns and its growth was led by Tier-II and Tier-III cities. Amit Sharma and Apoorva Jois, the Co-founders of ﻿ShopX﻿, were closely watching the $700 billion retail industry of India and wondered how they could use technology to organise it.

They understood that the main mechanism for organising this industry would neither be the large-format retail nor the traditional B2C ecommerce model. Both the models have been heavily funded and various scaling attempts have already been made. But together, they only amounted to less than 10 percent of the total retail business in India.

“We realised that India is different. It is neither the US nor China, and needs its own first principles-based answers. With the motive of digitising commerce for retailers and consumers, the idea of ShopX was seeded. India has a widespread network of small merchants across the country. By digitising these small merchants, ShopX created a new digital retail model, that blends the online and offline worlds seamlessly.”

ShopX was founded in August 2015 in Bengaluru and employs 240 team members. It is now present in 460 towns, serving a base of close to two lakhs retailers. Despite being a metro-based startup, Amit says the team was clear since Day Zero that the target addressable market lied only in the smaller towns

The CEO says that the startup has been growing in double digits month-on-month, focusing on profitable growth. ShopX reports to have achieved an annual GMV of $900 million as of December 2019, and is planning to cross $1 billion soon.

He further adds that the startup is already profitable at a unit-economics level, across all of its categories, and that is where its USP lies. Amit said the core belief is about balancing the scale along with sticking to fundamentals.

During its early days, the startup saw some apprehension from its users having to transact online. Unlike those users who are well versed with English, the interfaces had to cater to regional languages for retailers to get familiar and comfortable with the platform. The team also built voice-assisted steps to help retailers enrol on the platform.

Amit says, “More than 60 percent of the base is from smaller towns with a similar contribution in revenue. This is significant for us given that buying capacity and incomes in Tier-II and III towns are lower than in metros. Growth in the last year has been driven more from these towns for us. These ‘bharat’ pockets, so to speak, exist all around us in the bigger cities as well. Not everyone could be served in the traditional ecommerce format.”

The team actively worked towards countering the apprehension by putting together a crisp business model. The focus was around providing the best rates in the market, ensuring stock availability with quality products, and delivery within 48 hours.

ShopX claims to be among the most-used apps among retailers, with them using the app an average of over 21 times a month.

It raised an initial capital for innovation from Nandan Nilekani, who over time has invested about $18 million. Later, $35 million was poured in by Fung Group’s investment arm, FSX Pte Ltd – Li and Fung. In total, ShopX has raised $53 million till date.

All the strategies around marketing and distribution reside within the technology platform at ShopX, with a focus on delivering technology-led solutions that drive engagement and familiarity.

“At the inflection point, to make people aware of ShopX, the kirana store owner has the facility to customise his offers to his users and also expand his physical commercial footprint. This works well for him as he has a platform catering to him in a language of his choice and gives him access to a new inventory line at a fraction of the cost, without having to physically expand his store to allow for new inventory,” said Amit

While the business team and operations were working on enhancing the marketplace model, the technology team undertook the challenge of creating an interface that was reliable and provided a seamless experience to the retailers.

The app today has an interface that is very easy to use, transact, and provides customised experiences based on individual preferences.

One of the things ShopX has consciously done is to keep the app invite-only. Even today, when the startup is talking in millions and billions, the app still is not available publicly. One has to be referred or invited to join. The strategic reason behind this was that the startup needed to expand and grow its user base in clusters to attain supply chain efficiency.

Amit says letting anyone and everyone signup is usually inefficient in terms of logistics costs, and all the two lakh retailers have been personally invited or referred through someone. He explains that this has allowed the startup to achieve a groundbreaking logistics cost of only 1 percent of the total GMV.

“Sometimes, growth is not about unbridled addition of users but rather the conscious selection of who you can serve profitably and sustainably,” he added.