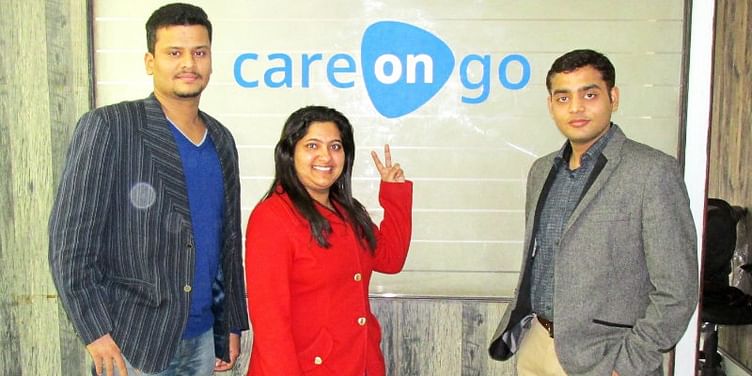 Delhi-based mobile pharmacy chain CareOnGo, on Wednesday, announced raising an undisclosed amount in a pre-Series A funding. The round was led by Farooq Oomerbhoy of FAO Ventures, followed by Anupam Mittal and Anand Mittal of People Group; Ravi Garikipati, Head of Flipkart's Ads Business; Vibhu Garg, Co-Founder of Unicommerce, along with Singapore Angel Network and Konglo Ventures, among others.

The company claims to have grown by 200 percent since inception. CareOnGo’s customer app is adding 25,000 chronic patients every month onto the platform. The funding announcement comes exactly two months after the company raised its seed round of $300,000.

Yogesh mentioned that the funds raised will be invested in research and further development of technology offerings, with special focus on analytics product. The company plans to further expand its B2B offerings deeper into the pharmacies by providing seamless analytics, advance Point-of-sale (PoS) solutions and aggregating micro-pharmacies in India under a single umbrella of co-branding.

On the Android Play Store, CareOnGo has reached 50,000 downloads, while planning to quickly ramp up its co-branded stores to over 150 across metro cities of Delhi, Bengaluru, Kolkata, Hyderabad. In the coming year, the firm also plans to expand its footprint to Mumbai, Chennai and 11 other cities.

Farooq, who had also invested in the seed round, said that CareOnGo has helped its partner pharmacies to grow their topline by 20-30 percent. He believes that the company aims to disrupt the pharmaceutical sales chain by bringing about a seamless integration for the micro-pharmacies, from procurement to sale of medicines, with an added layer of deep analytics.

The retail pharmacy and wellness segment seems to be a huge, untapped market. Various players are already functioning in this space of preventive and wellness cure, including names like 1mgAyush.com, Healthkart, BigChemist, Healthgenie, Healthadda, mChemist and Deemark.

This April, CareOnGo’s competitor- digital healthcare platform 1mg raised Rs 100 crore in Series B funding led by Maverick Capital Ventures. The past couple of months have seen more online pharmacy and e-pharmacy startups getting funded. Some of them include NetMeds, which raised $50 million from OrbiMed, mChemist, started by the ex-president of Ranbaxy, Medd, DeliMedi, and MediDali.

Further, data from IMS states that the retail pharmacy pie is expected to cross $11.5 billion by the end of 2015, growing at a rate of 20 percent year-on-year.

However, the online pharmacies are believed to be facing strong resistance from All India Organisation of Chemists and Druggists (AIOCD), which called for a nationwide strike last year, calling the sale of medicines online was illegal. Additionally, prescription verification is tricky. In several cases, people produce fake prescriptions, which, unfortunately, aren't difficult to create.